While by no means the first film to dabble in the muddled waters of religious cults or communities, Disco [+see also:
trailer
interview: Jorunn Myklebust Syversen
film profile] still manages to surprise, in large part because the world it is set in is miles away from the one usually associated with extremism. Here, the cult is not a product of ignorance or lack of perspectives, far from it. Presented in the Discovery section of the Toronto International Film Festival before going on to compete in San Sebastián International Film Festival's New Directors section, Jorunn Myklebust Syversen’s film follows a group of lovely Norwegian people discussing the teachings of Jesus in interiors taken straight out of Elle Decoration. Well-off and educated, they are also completely lost – especially teenage champion dancer Mirjam (Josefine Frida Pettersen).

All impeccable blond mane and innocent eyes, Pettersen makes a seamless jump from web series/worldwide phenomenon Skam into feature films. Her Mirjam doesn’t look like a victim but like the queen bee, at the very top of the high-school pecking order, which makes her growing confusion all the more compelling. With her uncle being a pastor and her stepfather leading his own “hip” evangelist congregation called — irony of ironies — The Freedom, where she is a star performer as well, Mirjam is surrounded by the spiritual from just about every side, without any ways to escape. When she begins to blunder her competition entries, the show must nevertheless go on and so the verdict is clear: her faith is not strong enough.

It would be easy to get annoyed at Mirjam’s inability to flee her rather creepy surroundings, with coffee shop churches and neighbours all looking like descendants of the Children of the Corn. But that is precisely where Jorunn Myklebust Syversen excels. In showing just how deep these ties really go, he makes clear that to let go of one element would mean the end of the entire support system — and this, not only for isolated sects in the middle of nowhere, but for normal families too, which always encourage their kids to – gulp – have fun with Jesus. In this sense, Disco feels very timely, tapping right into the recent flood of articles describing A-list celebrities flocking en masse to ‘free churches’ and a new breed of cool, fashion-savvy preachers worshipping God and Gucci. When even Kanye West decides to hold his very own Sunday Service, you know something is up.

But for all its Instagram-friendly twinkle — and Disco often has enough sparkle, sequins, and rhinestones to rival the latest Elton John biopic — there is a darkness smudging the film’s pristine exterior. Darkness as well as actual, raw pain which Pettersen’s Mirjam tries to hide like as any good girl would, until even her well-trained body cannot take it anymore. In the end, the overall theme of Syversen’s excellent, truly unnerving second feature is our good old inability to communicate, one thing that human beings just seem to be unparalleled at. And God? God has nothing to do with it.

Disco was produced by Maria Ekerhovd of Mer Film, which is also in charge of distribution. International sales are handled by New Europe Film Sales.

“I’m simply a witness. My film is more of an observation than a denunciation”

At our request, Norwegian director Jorunn Myklebust Syversen unpicks her second feature film Disco, a work presented in the Discovery section of the Toronto Film Festival

The Polish firm has secured a spot in the Cannes Official Selection with Magnus von Horn’s sophomore feature, while 6 more movies and projects will be available to professionals at the Marché du Film

Göteborg picks Beware of Children as its winner

Change-inspiring initiatives take centre stage at the 43rd edition of the gathering, some of them in a gynaecological chair 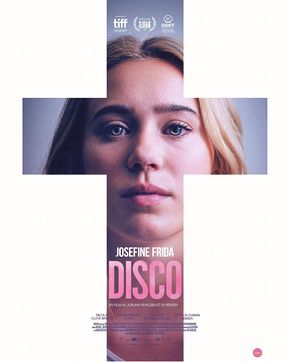 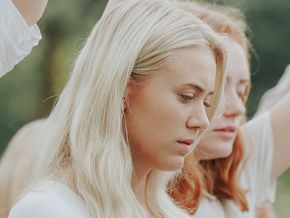