This year’s Toronto International Film Festival saw The Cave [+see also:
trailer
film profile] enjoy its world premiere within the specialised documentary section TIFF Docs. During this 44th edition of the Canadian event, the Syrian director, screenwriter and editor Feras Fayyad - previously Oscar-nominated in the category of Best Documentary for Last Men in Aleppo [+see also:
film review
trailer
film profile] - presented another reference work on the Syrian civil war, populated by the anonymous heroes who continue to live in this besieged land.

The Cave is set entirely in Ghouta, a town located not too far away from Damas and known worldwide for having been the target, in 2013, of the worst chemical attacks recorded these past twenty-five years. When all of Ghouta’s medical centres were reduced to rubble or rendered unusable, those who survived the bombings carried out by Bachar El-Assad’s army and his Russian allies built a new underground hospital which could be reached from anywhere in the town by way of a network of tunnels. The documentary The Cave depicts the chaotic daily lives of the doctors, nurses and patients who find themselves rubbing shoulders in this colossal post-apocalyptic cave.

The young doctor Amani Ballor, a specialist in paediatrics - i.e. treating injured minors – is the bona fide heroine of the hospital and the film. Yet, each and every day, she must contend with the rejection of many patients who, despite surviving the bombings, refuse to be treated, or even touched, by a woman. In much the same manner as Waad Al-Khateab and Edward Watts’ documentary For Sama [+see also:
film review
trailer
interview: Waad Al-Kateab, Edward Watts
film profile], Feras Fayyad’s film promotes the feminist cause in the Middle East, by giving a voice to women who are trying to rebel against the tyranny of the patriarchy which is further protected by religion. In The Cave, we hear Doctor Amani declare that "religion is nothing but a instrument devised by men to dominate women" as she fails to find new nurses for the hospital, or after her father tells her how ashamed he is to have brought a girl who works into the world.

Our doctor’s medical colleagues, Doctor Salim and nurse Samaher in particular, are the only individuals who treat her with the respect she deserves - the respect that is owed to any human being who has saved thousands of lives under restricted conditions. For even though this hospital named “The Cave” has access to all the equipment it needs - apparatus required to administer anaesthesia, as well as medicines and even incubators - the doctors who carry out their work here must continually do so within a context of chaos. The fact that this hospital has existed over many years is a miracle in and of itself, and it has saved the lives of countless Syrians. But, regardless of these truths, the critical and defeatist tone of the documentary pre-empts the ultimate fate of The Cave: a final chemical attack, ordered in March 2018, forced the hospital to close for good, thwarting forevermore the epic and unforgettable work carried out by Doctor Amani.

The Cave was produced by the Danish firm Danish Documentary Production in co-production with ma.ja.de (Germany) and with the financial support of Denmark (Danish Film Institute), the US (National Geographic owns the film rights) and Qatar (Doha Film Institute). International sales are in the hands of Dogwoof.

more about: The Cave

The Irish DoP won the Golden Frog Award for his camera work on Mike Mills’ C’mon C’mon, while Piotr Sobociński Jr was awarded in the Polish Competition for his work on Operation Hyacinth 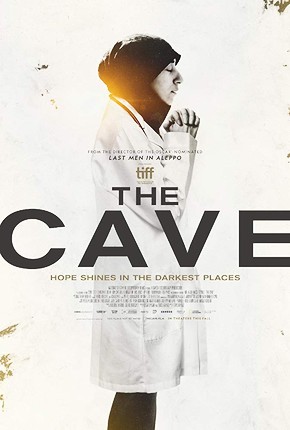 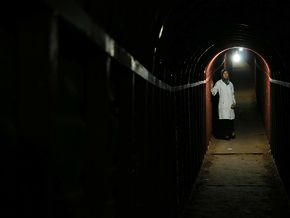