Review: Stories from the Chestnut Woods

17/09/2019 - Gregor Bozic's first feature is an exquisite visual poem on bereavement, which his characters must process in isolation from the rest of the world, in a forest between Italy and Yugoslavia

For cinephile audiences, the Toronto International Film Festival’s most inspiring line-up is the section spotlighting first or second films by relatively unknown directors. As its name implies, the Discovery programme was created in order to provide new authors who might become excellent filmmakers with a stage, not to mention a boost to their careers. One film featuring in this 44th edition of the Canadian event which best fits this description is the exquisite first feature film by the Slovenian director, screenwriter, director of photography and editor Gregor Bozic. With Stories from the Chestnut Woods [+see also:
trailer
film profile], an extraordinarily poetic work, Bozic is putting himself forward as a new voice in contemporary Slovenian cinema.

Stories from the Chestnut Woods is a melancholic fairy tale, unfolding during the Second World War, in a forest mostly composed of chestnut trees and which serves as a natural frontier between Italy and Yugoslavia. However, at this point in time, this vast, leafy expanse separates far more than just two countries: these chestnut trees are also located at a strategic point along the famous Iron Curtain which drew the line between the continent’s two political blocs: Western Europe and Eastern Europe. The film is a breath-taking poem which shines a light on the hundreds of individuals who have been left in limbo, trapped in the atemporality of these woods; victims of famine, war, isolation, and solitude following the death or departure of those they loved.

Mario (Massimo De Francovich), a carpenter with no work who obsesses over his savings, counting and recounting them over and over again, is the hero of this sad elegy filmed in 35mm. As a result of his maniacal preoccupation with controlling his expenditure, he fails to see the phenomenal source of capital growing ever more tangible before his eyes: his wife who is dying of old age. Meanwhile, in a house on the other side of the forest lives Marta (Ivana Roscic), a chestnut seller short on funds due to a lack of customers able to buy what she is selling. This young woman’s sole desire is to travel, to leave Europe; but her lack of liquidity, as well as the memory of her husband, who disappeared after signing up to the army, is stopping her from taking off and fulfilling her dream.

Stories from the Chestnut Woods tells of the accidental meeting beneath the chestnut trees of these two lost souls, who will help one another to heal the wounds which continue to pain them. The moment of their meeting, and their individual past lives, are told to us in a circular fashion rather than in any chronological order, and, slowly but surely, the dream-like episodes in the film, which represent what’s going on in the minds of these characters (their memories, their dreams, their nightmares and sometimes their hallucinations), gain ground over reality-fuelled sequences, transforming this work into a poetic dream on the subject of bereavement and pain.

Stories from the Chestnut Woods was produced by Slovenian group Nosorogi alongside Italian outfit Transmedia, with international sales in the hands of Cercamon (United Arab Emirates).

more about: Stories from the Chestnut Woods

Cineuropa met up with young Slovenian director Urska Djukic, who tells us about her feature debut project Good Girl, on the occasion of the Cinemed Meetings 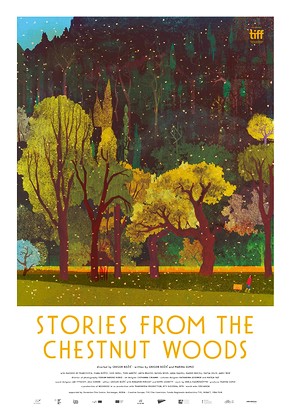 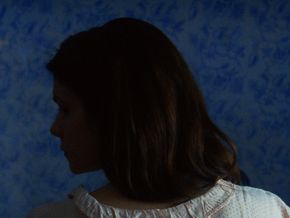 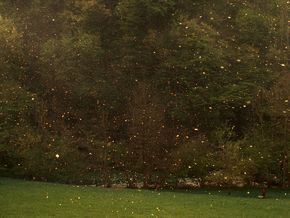 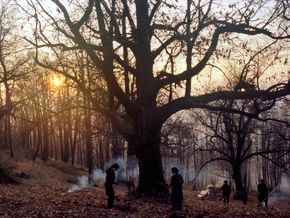 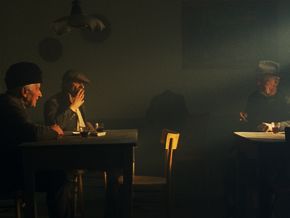