27/09/2019 - Belén Funes ensnares the audience with her raw approach to the daily life of a young mother, forced to grapple with loneliness, her troublesome father and a lack of affection

Greta Fernández in A Thief's Daughter

A case study on Belén Funes would make for an excellent way to analyse the mechanisms that are set in motion when generating that intangible, but fairly widespread, concept known as expectation. Having been supported since her very first short film by Isabel Coixet, and lauded for her second one by myriad specialist festivals, ever since the development phase of her debut feature, she was already talking about it with a degree of enthusiasm that is rarely seen in Spanish cinema. A young – virtually unknown – Catalan female filmmaker was squarely in the glare of the media, the film festivals and the cinephiles. At long last, in the Competition of the 67th San Sebastián International Film Festival, we have been able to watch the long-awaited first feature by this intelligent, sensitive and restless director, which – not to dash anyone’s expectations – has established itself as the bookies’ favourite to receive one or various prizes at the closing ceremony this Saturday. But does A Thief's Daughter [+see also:
trailer
interview: Belén Funes
film profile] really deserve so many plaudits?

Its storyline – written by the director together with Marçal Cebrián – is straightforward and fairly concise: Sara, in her early twenties, has a baby and lives with another mother in a flat provided by social services. She looks for a job non-stop, does whatever work she can get her hands on and tries to salvage her relationship with the father of her son. At the same time, she wants to look after her little brother, who has started school. One day, she bumps into her father, and her initial reaction is to run for the hills, given that they are not at all on the same wavelength, nor does there seem to be much affection between them.

Starting from this set-up, Belén Funes has crafted a film that, by unveiling minor details and using fine brushstrokes, gradually fleshes out the everyday life of a tenacious woman who is forced to grapple not only with job insecurity on the outskirts of Barcelona, but also with a toxic family history that weighs down on her like an anvil: the figure of this parent with a murky past will exert a new and immense pressure on Sara, who does not wish to have any contact with a man who appears to have hurt her somehow in the past.

Funes gambles all of her film’s chips on suggestion, naturalism and what remains out of shot. The viewer never finds out what happened previously, during the main character’s childhood, nor will they establish for sure why exactly her father is so detrimental to both her and her other son. But it’s not that easy to break blood ties, because, as Sara herself states, “I can’t forget him: you can see him in my face.”

The camera in A Thief's Daughter sticks to the protagonist like glue and doesn’t even break away from her during routine and intimate moments, such as personal hygiene activities and everyday nourishment. This means that the viewer closely accompanies – and totally understands – this woman desperate to alleviate her solitude, rekindle her love life, steer clear of making the same mistakes her father made, and avoid keeling over in her constant efforts to run away, in a world that demands too much of her. And Funes successfully conveys all of this with steady-handedness, while shying away from excessive melodrama, like a fanatical admirer of the Dardenne brothers. The San Sebastián audience approved wholeheartedly of this offering, and now it just remains to be seen whether the jury chaired by Neil Jordan will agree with them.

A Thief's Daughter is an Oberon Cinematográfica and Bteam Prods production, which was made in cooperation with Movistar+, RTVE, TV3, ICAA and ICEC. In addition, the project took part in the TIFF Talent Lab and secured backing from ARRI ISP. Its distribution has been entrusted to Bteam Pictures, which will release it in Spain on 29 November. Latido Films is in charge of its international sales.

more about: A Thief's Daughter

"Making a film is about improvising"

Feature film newcomer Belén Funes battled it out for the Golden Shell in San Sebastián with A Thief’s Daughter, a drama focused on a young mother faced with a serious family conflict

The ICAA is presenting, online, the forthcoming works by brilliant filmmakers of the likes of Belén Funes, Álvaro Gago and Guillermo García López, selected for the Berlinale

The 11th edition of the festival dedicated to European first works will offer a week of screenings and debates in digital form, as well as live-streaming encounters with ten international guests

Running 11–19 July in both physical and virtual form, the festival features 14 first and second works in competition, 12 documentaries and a tribute to Giuseppe Tornatore and Ennio Morricone 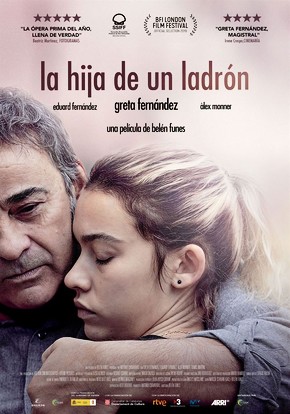 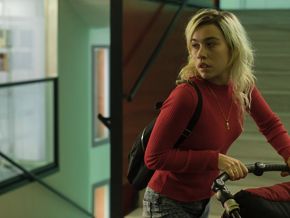 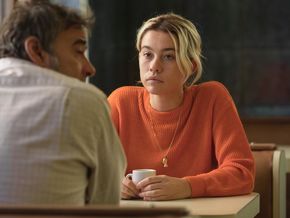 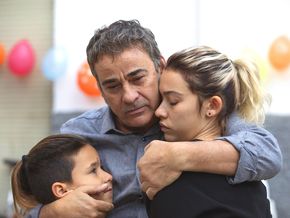