27/09/2019 - Following a successful career in the USA, Paco Cabezas returns to his native Seville with a suspenseful thriller about warring neighbours, family dramas, police corruption and the Andalusian mob

Born in Seville, Paco Cabezas is no prophet in his own land. Although his early work — such as the short film Neon Flesh (2005), adapted into a feature film five years later — garnered respect from some quarters of the media, cinema audiences in Spain have never really taken him to heart. Having filmed his first full-length feature in Argentina (the truly terrifying The Appeared), Cabezas upped sticks to Los Angeles, where he went on to make two films with A-list stars Nicolas Cage (Tokarev [+see also:
trailer
film profile]) and Sam Rockwell (Mr. Right) and to direct various episodes of Penny Dreadful, Dirk Gently, Into the Badlands, The Strain and Fear the Walking Dead. Now, the producer Enrique López Lavigne has coaxed him back home to Seville to direct Adiós [+see also:
trailer
interview: Paco Cabezas
film profile], an ultra-dramatic, glowering and violent film starring Mario Casas, Natalia de Molina, Ruth Díaz and Carlos Bardem enjoying its world premiere at the 67th San Sebastián International Film Festival as part of the RTVE Gala.

Both Casas and Díaz have worked with Cabezas before, in Neon Flesh [+see also:
trailer
film profile] and The Appeared, respectively. In Adiós, written by Carmen Jiménez and José Rodríguez, Casas plays Juan, a man doing time for a past indiscretion. Díaz, meanwhile, takes on the role of Eli, a police officer investigating a crime with a strong whiff of corruption about it on the streets of Seville’s least salubrious neighbourhoods. When Juan’s world is rocked by a family tragedy, his blind quest for revenge will bring him right into her path.

It’s a dark, brutish film, oddly jittery in execution and well padded with slow motion shots that eke out the tension of some action-packed scenes. We find ourselves plunged into a grubby, nebulous underworld of drug traffickers, criminals and shady characters determined to get ahead at all costs, while the aggression, rage and blood seep off the screen like a noxious steam. The plot bolts along, spurred by the characters’ compulsion to uncover truths, avenge slurs, redeem themselves and say goodbye to the ones they love, leaving an overall impression of confusion and haste.

With its flamenco score, tripartite structure and real-life settings reminiscent of the Spanish quinqui movement of the 1970s and 1980s, Adiós offers a portrait of strong, wild women forced to face up to their own shortcomings, manage unmanageable families and assimilate the most painful of losses.

Adiós was produced by Apache Films and Adiós La Película AIE, in co-production with La Claqueta, and in association with Sony Pictures International Productions. The film received support from RTVE, Movistar+, the ICAA, Orange and the Regional Government of Andalusia. It’s due to be released across Spain on 8 November, distributed by Sony Pictures Entertainment Iberia, also in charge of international sales.

“I’ve had a lot of experience of working in Hollywood”

Although unable to make it to San Sebastián in person, Seville-born director Paco Cabezas was happy to chat about his fifth film, Adiós, which is being screened as part of the RTVE Gala

Pain & Glory has comfortably come out on top during the 7th awards ceremony organised just outside Madrid by the Spanish Association of Film Journalists, scooping six gongs

Following a successful career in the USA, Paco Cabezas returns to his native Seville with a suspenseful thriller about warring neighbours, family dramas, police corruption and the Andalusian mob 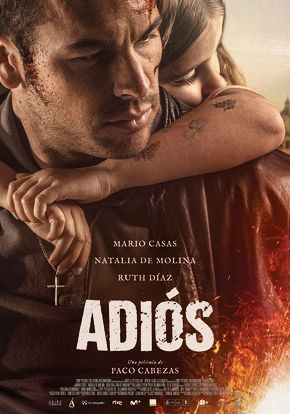 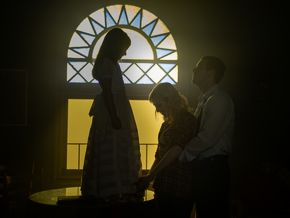