29/09/2019 - The second feature from Lithuanian director Ignas Jonynas seals his reputation as a bold voyager into the human soul, with this brilliant — and disturbing — piece of craftsmanship

Lithuanian filmmaker Ignas Jonynas has returned to the New Directors section at the 67th San Sebastián International Film Festival with Invisible [+see also:
trailer
interview: Ignas Jonynas and Kristupas…
film profile], a powerful film with an unequivocal visual impact. Add in an airtight screenplay that leaves no loose end untied, the work of Jonynas himself and his frequent writing partner Kristupas Sabolius, and the audience is assured a memorable cinema experience. It’s one of those films that you don’t want to know too much about in advance in case it spoils the effect; suffice it to say that it’s a story about two men whose lives are advancing down parallel paths, linked by a single traumatic and violent event that condemns them to run into one another again.

Invisible opens with a series of ravishing nature scenes that contrast almost indecently with the people we find in them, who seem to represent the most abject faces of the human condition. We see the dead body of a woman with unmistakable signs of violence in the back of a van, and a man with bloodstained clothes fleeing an unseen pursuer in a disoriented haze. The contrast between the sublime and the viciously repulsive is established right from the start. Indeed, one of the film’s recurrent devices is to show two diametrically opposed realities in the same scene, realities that, when they eventually collide, will unleash an uncontrollable danger.

From this commanding beginning, we find ourselves searching for the thread that connects what we saw in the opening scenes to Jonas (a dashing but tortured dancer who can’t seem to get his life on track, played by Dainius Kazlauskas) and Vitas (a recluse who, after winning his freedom, is riddled with a desire for revenge that nothing can assuage, played by Darius Bagdziunas). The film toys with the viewer’s expectations, leading its protagonists on a sinuous path without ever troubling to clarify their ultimate destination. Jonas tries his luck in a TV talent show and manages to become a national hero by giving a thrilling performance in a ballroom dancing contest while pretending to be blind. Meanwhile, Vytas gives himself up to his all-consuming rage, finding no comfort in the church where he frequently takes refuge and able to think of nothing that eclipses his desperate craving for vengeance.

And so, through a man who is lost and overwhelmed by his emotions, and another alienated from himself by a hatred that we never quite get to the bottom of, Jonynas offers us a searingly truthful insight into a diverse and complex set of themes. From our innate capacity to deceive ourselves and block out reality, to the media’s shameless manipulation of people’s hopes and expectations, to the pernicious effects of lies and violence, the film lands its punches with a captivating formal restraint that keeps our eyes glued to the screen throughout.

"Our choreographer was also an important scriptwriter, as he wrote the whole choreography of the two characters’ feelings"

We sat down with Ignas Jonynas and Kristupas Sabolius to talk about their second, San Sebastián-screened film, Invisible, which addresses topics such as toxic masculinity and media manipulation

With one movie in the Official Competition, a selection of acclaimed films, industry projects and the biggest delegation at the leading French gathering, the Baltic country is aiming high

The French international sales agent has added to its line-up the feature debut by Spanish director José Luis Montesinos, which will have its world premiere at Sitges

The second feature from Lithuanian director Ignas Jonynas seals his reputation as a bold voyager into the human soul, with this brilliant — and disturbing — piece of craftsmanship

VENICE 2019: Valentyn Vasyanovych finds love in a hopeless place in one of the most interesting films screening in Orizzonti

CANNES 2019: The feature debut from Ukrainian filmmaker Nariman Aliev, shaped like a funeral procession, is an allegory of the fate of the Tatar people, reduced to a state of vagrancy 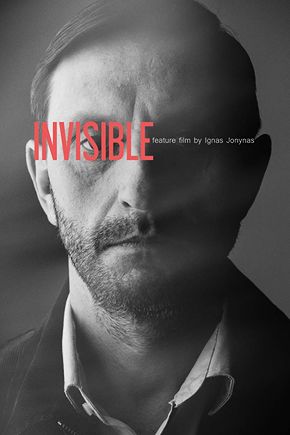 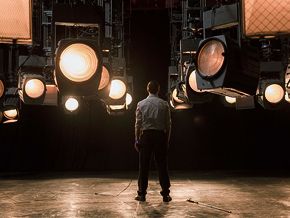