Dev Patel in The Personal History of David Copperfield

Opening the London Film Festival, following its world premiere at Toronto, The Personal History of David Copperfield [+see also:
trailer
film profile] is surely the most madcap version of a Charles Dickens novel ever committed to film. Scottish director Armando Iannucci, primarily known for his scintillating takedowns of politicians in hilarious satires, such as the television series The Thick of It and Veep, and his recent movie The Death of Stalin [+see also:
film review
trailer
film profile], has taken Dickens’ brick of a semi-autobiographical novel, purportedly the author's favourite of his own oeuvre, and turned it into an energetic, stunningly visual nonsense poem.

Instead of concentrating on the moral aspect of Dickens' words, Iannucci brings out the humour and zaniness of the rags-to-riches tale. The book is written in first person in a "personal histories" style that was popular in the 18th century. In mirroring this style, the early scenes of Iannucci's film are difficult to follow as characters blitz in and out of the picture, landing a joke made out of wordplay before disappearing. There are echoes of Monty Python in the way the film feels like a series of comedy sketches, which means that the plot is initially hard to make out. Fortunately, the battiness of the characters and the lush interior sets hold interest until the narrative finally congeals.

The film doesn't entirely veer away from the political commentary underpinning the source novel. Taking the lead from the book's clever weaving of truth and invention, Iannucci delivers a damning verdict on modern-day homelessness and the ever-growing gap between rich and poor. It's an intricate work that, because of its nature and ambition, is also hard to classify and love.

That Iannucci is going to do things differently is apparent in the decision to cast Dev Patel as the eponymous lead. It's a piece of colour-blind casting that challenges audiences to take issue with it. It's a remarkable decision. Patel does a gracious job of making Copperfield seem likeable, as he endeavours to become a writer. The only drawback for Patel is that he almost gets upstaged by Jairaj Varsani, who is the childhood version of the character seen as the zaniness of this tale becomes established.

At first, the characters’ whooshing into and out of the screen is overwhelming. Copperfield gets booted out of his home when his widowed mother (Morfydd Clark, who will later reappear in another role) remarries. Her new sister-in-law (Gwendoline Christie) takes him into her house shaped like a boat, and from here on in, Copperfield's life becomes more difficult. A series of episodic scenes bulldoze rather than enchant as the action rockets forward with little to steady the ship.

The immaculate turn by Tilda Swinton as the batty, eccentric Aunt Betsey puts the film on a surer footing, from which point it starts to excel. Also residing at her home is the kind-hearted lodger Mr Dick, whom Hugh Laurie makes genial and funny. Betsey sets Copperfield on the path to the gentry, and Copperfield delivers recompense by uncovering a plot to rob her. Ben Whishaw as the antagonist Uriah is positively delightful, and Peter Capaldi shines as Mr Micawber. In many ways, this Copperfield movie is an ode to the excellence of British acting as much as it is to Dickens' text.

Iannucci has made an iambic poem of a film. The narrative feels free-flowing and soft in the early parts, before the director puts more stress on the plot in the home stretch. This means that it's bewildering and a little frustrating at times, but it's mainly audacious, rambunctious and highly original.

The Personal History of David Copperfield is a UK-US production staged by FilmNation Entertainment (which also handles the international sales), Film4 and Wishmore Entertainment.

more about: The Personal History of David Copperfield 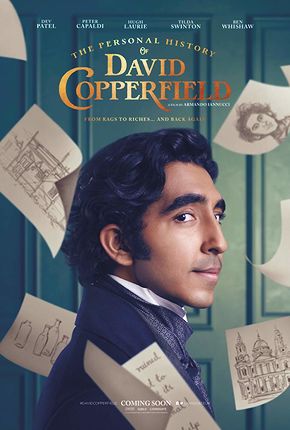 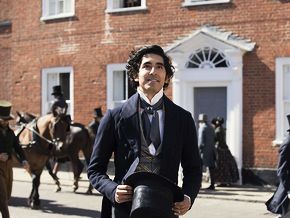 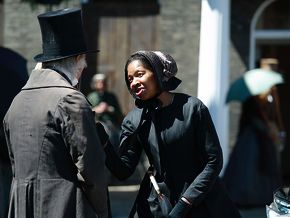 Almost €2.5 million worth of production support given out by the Finnish Film Foundation

The final clapperboard slams on Tereza Nvotová’s drama The Nightsiren

Ventana CineMad flings open the doors of its sixth edition