Thirty years have passed since 1989, the year that changed the face of half of Europe, so films that celebrate this historical mega-event were of course to be expected. German directors Matthias Bruhn and Ralf Kukula’s feature animation Fritzi: A Revolutionary Tale [+see also:
trailer
film profile] should be welcomed enthusiastically, as it can enable children of all ages to understand aspects of what happened then, conveying emotions that no history lesson ever could. The film is now taking part in the feature competition of the 14th Animest International Animation Film Festival (4-13 October, Bucharest).

The focus of the screenplay written by Beate Völcker (and based on the children’s book of the same name by Hanna Schott) is young Fritzi, a 12-year-old girl who is enjoying the summer of 1989 in Leipzig with her best friend, Sophie. When Sophie leaves with her mother for a holiday in Hungary, Fritzi and her parents agree to take Sputnik, Sophie’s dog, in. But Sophie never returns from Hungary, which is the beginning of an extraordinary adventure for Fritzi.

The feature does a great job of showing what happened in 1989 in the former communist countries. And it also does a great job of giving kids a lesson to be remembered: how a non-violent protest can cause substantial, long-lasting social and political change – and how the voice of the many can disrupt the power of the few. Given these two aspects, all kinds of educational institutions will – or definitely should – lean on this film in order to teach students of all ages the history of valuable civic movements, such as the Monday Demonstrations in Leipzig.

But Fritzi doesn’t work only for children. Their parents, especially those who enjoyed blissfully happy childhoods in various communist countries in the 1980s, but who were old enough to understand that there were certain peculiarities about the society of that time (a certain fear of the Secret Police, perhaps?), will cherish the film, too. Fritzi shows how a child can be happy in any (healthy) environment, where a treehouse and a troublemaker of a dog are infinitely more important than whispers about the Stasi or the lack of certain goods. It is rare for an animation obviously targeted at kids to be able to involve mature audiences as much as this film does. And it is rare for an animation to be simultaneously entertainment, information and education as much as Fritzi is.

There is a moment at the end of the movie when Fritzi says she “didn’t do anything”, meaning that, in the grand scheme of things, her actions had no influence. Oh, but they did. A child’s common sense and questions put into perspective the pitfalls of a social system, explaining the unexplainable to the kids of today. The film also uses a teacher at Fritzi’s school as a perfect example of those who eagerly embraced state propaganda and became willing guardians to the millions kept captive behind closed borders. She is not exactly a villain, but rather a mistaken, perfectible individual.

Behind its intriguing combination of ultra-elaborate backgrounds and minimalistically drawn human characters, Fritzi makes another point that is impressively connected to the present day. Several times throughout the film, we see newsreels on the masses wanting to escape to a better life in another country. The parallel with the migrants and refugees of the present day is difficult to miss, no matter the age of the viewer. Fritzi does a great job of reminding us that everyone, at a certain point in history, was a fugitive, a person searching for a better place to live and raise a family. And this turns Fritzi not only into a history lesson, but also into a lesson in compassion.

Fritzi: A Revolutionary Tale was produced by Balance Film (Germany), and co-produced by TrickStudio Lutterbeck (Germany), Doghouse Films (Luxembourg), Artémis Productions (Belgium) and Maur Film (Czech Republic). The film is being released this week in Germany, by Weltkino Filmverleih.

more about: Fritzi: A Revolutionary Tale

Tales of the Hedgehog in pre-production

The collapse of Prima Linea sounds the alarm for European animation

Nominated for the Cartoon Tribute for European Producer of the Year for The Bears’ Famous Invasion of Sicily, the French firm has been forced to close due to toughening market conditions

The European animation co-production forum is due to bring together 900 professionals, including 265 buyers, from March 5 to 7 in Bordeaux

Films aimed at over-sevens, movie-themed debates, master classes and a healthy dose of virtual reality all feature on the 7-17 March programme 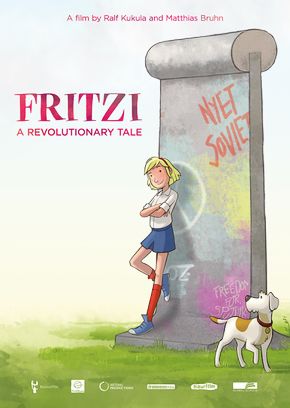 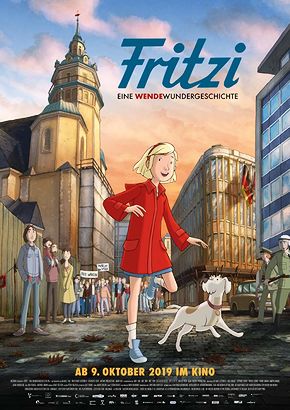 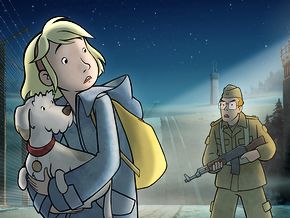 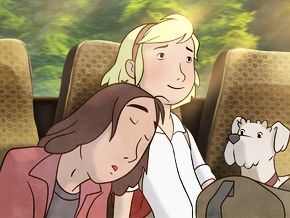 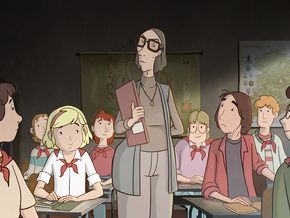 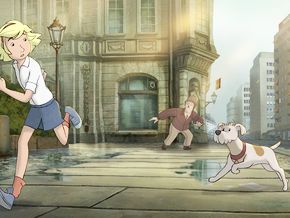 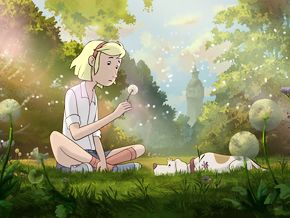