16/10/2019 - Galder Gaztelu-Urrutia’s feature film debut is an organic, nightmarish fairy tale which is fairly well-executed, which has claimed multiple awards and which carries a strong socio-political message

Iván Massagué in The Platform

The Platform [+see also:
trailer
interview: Galder Gaztelu-Urrutia
film profile] is a film which not only boasts some sort of dark and infernal Tower of Babylon - through whose never-ending floors a platform (without walls, so it’s not an elevator) moves vertically through a rectangular hole - but which also reveals itself to be just as multi-layered as the subject-matter itself: beneath the surface of a dystopic fairy tale and science-fiction thriller, there hides a harsh, complex, critical and elaborate observation of our insane, selfish, consumer-driven civilisation, where the absence of fair distribution of wealth seems to lead to chaos, (self-)destruction or some other unimaginable outcome. This first step into the world of feature films as taken by the Bilbao-born director Galder Gaztelu-Urrutia couldn’t have gone better, given the acclaim the film has garnered at festivals including Toronto (Canada), Austin (US) and Sitges (Spain), where it won four significant awards (Best Film, Best New Director, Best Special Effects and the Audience Award).

The protagonist of The Platform is a man who agrees to enter into a sort of vertical prison in exchange for a certain benefit. He can only bring one object with him and he chooses a copy of Miguel de Cervantes’ masterpiece Don Quixote. When he wakes up inside a cell within a shadowy concrete building, he doesn’t only discover who his cellmate will be, he also learns that both of them occupy a rather advantageous position within a cruel social scale, with a few other inmates inhabiting the higher floors above them and many others inhabiting those below.

They will remain on each floor, measuring just a few metres squared and minimally furnished (just a few beds and bathroom facilities), for one month before moving to a different level: perhaps higher, perhaps lower. The only thing that connects them is the afore-mentioned platform, which is full of food: meals are available for a few minutes to those lucky enough to find themselves on level one, before descending after the same amount of time to the lower level, and so on and so forth. Whether each character eats or not will depend on the floor they occupy on that particular day…

Gaztelu-Urrutia uses this set-up – which is the work of screenwriters David Desola and Pedro Rivero (Psiconautas [+see also:
trailer
film profile]) – to construct a claustrophobic nightmare which exudes malaise, claustrophobia and angst from the very first minute, the result of an inspired musical score coming courtesy of Aránzazu Calleja (Bomb Scared [+see also:
trailer
film profile]). In this fairy tale masquerading as a science-fiction thriller, the director criticises widespread selfishness, apathy, the world of work and social humiliation, and many other scourges which will lead humanity towards extinction. And he does so without compromising on mystery or on humour. We shouldn’t lose sight of what The Platform is: a genre film transformed into a powerful message about social mobility. Audiences are already enjoying it, all that remains is for the film to get into gear.

The Platform is a Basque Films production, in co-production with Mr. Miyagi Films and Plataforma La Película AIE, assisted by RTVE and EITB. Festival Films will distribute the film in Spanish cinemas as of 1 November. Netflix has acquired the rights to distribute the film internationally, with the exception of several Asian countries for which Latido Films – the film’s sales agent – had already concluded agreements at the Cannes Film Festival.

more about: The Platform

"Humanity will have to move towards the fair distribution of wealth"

The organisation and the sales company are aiming their initiative, due to unspool on 23 April, at audiovisual producers who are gearing up for their first meeting with a future sales agent

After making his debut with When You No Longer Love Me, the Basque director is in the north of Spain until April, filming a dark drama with fantasy and horror elements 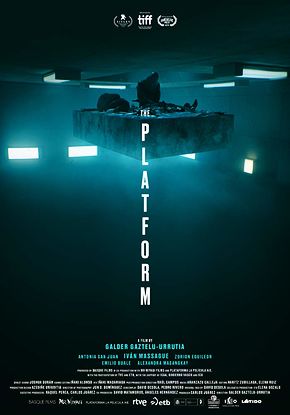 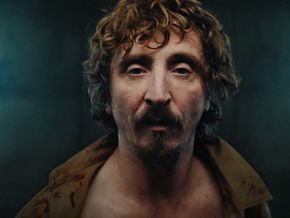 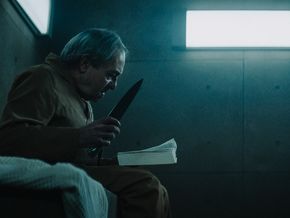 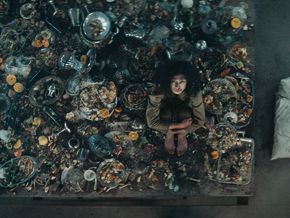