21/10/2019 - Guido Lombardi brings the story of two family members’ sentimental education to the big screen, where a father and son reconnect after many years of absence and against a backdrop of crime

It’s a story which was “in progress” for some time (the subject won the Solinas Prize all the way back in 2007), which first became a novel and then a screenplay, the two of them feeding off of one another over the years and which is now, at long last, hitting the big screen. Stolen Days [+see also:
trailer
film profile], the third feature film by Guido Lombardi (Là-bas – A Criminal Education [+see also:
film review
trailer
interview: Guido Lombardi
film profile]), presented at the 14th Rome Film Fest, is a film of many faces: it’s the tale of an education, of vendetta and of deep emotions; a road movie centring around a father and his young son who reconnect after many years of absence; a melodrama set against a criminal backdrop with a few humorous touches.

“I told you to stay in the car!”. These are the words which Vincenzo (Riccardo Scamarcio) repeats to his eleven-year-old son Salvo (Augusto Zazzaro) each and every time he carries out a criminal act that he doesn’t want his child to see. Released from prison after seven years incarceration, he goes to Italy’s Trentino region to take back his son - who’s in the custody of his aunt - in order to spend a few days with him, but also so as to complete a very specific mission (the transportation of a large quantity of drugs masquerading as “flour”) which takes them from the North to the South of the country, down to Bari in Puglia, their native land. Should they come across a police checkpoint, “a child is better than a gun”: this is the belief of Vincenzo, who’s convinced that his son’s presence will keep the cops at arms distance. At the beginning, the two of them - practically strangers - are wary of one another; the little boy in particular, who’s very well educated (he’s top of his class), is frightened of this “pirate” of a father who’s covered in tattoos. But, as is the case with every well-respected road movie, the end of the journey will see them both changed and reconnected.

There’s nothing new here, you’d be forgiven for thinking. At a certain point, however, the story takes a whole other direction, to follow in the tracks of the alleged traitor, an art teacher (Carlo Cerciello) who, seven years earlier, sent Vincenzo to prison, the latter having been taken away by two carabinieri under the eyes of his incredulous son, who was barely five years old at the time, while they were on the beach taking a dip in the sea. What’s interesting here is the emphasis on the banality of Vincenzo’s crime, which is introduced by this part of the plot. Vincenzo is a criminal, but he’s no great strategist; on the contrary, he’s a rather simple man from the South, who also harbours good intentions. We come to see how, sometimes, behind an alleged betrayal, there’s a simple mistake, a moment of carelessness which, in the space of a few minutes, can change the course of the future and an entire existence, to irreversible effect.

The “stolen days” referred to in the title are those which have been taken from Vincenzo, those seven years of life he could have spent with his son and in which his son could have had a father capable of investing him with the courage he now lacks. We only need look in this child’s eyes to read the worry he has for his rogue of a father and the life he leads. But, in pursuit of love and acceptance, the boy follows his father’s lawless actions and begins to emulate him, in spite of his father telling him to turn around and not to look at crucial moments. Regrettably, a few sections of the film aren’t entirely clear, Scamarcio’s character oscillates between a dark presence and a loudmouth, which makes it difficult to work out who he really is, and there’s no real justification for the final act, which dampens the overall effect of the rest.

Stolen Days is produced by Indigo Film, Bronx Film in association with Rai Cinema and Minerva Pictures Group. Distribution is entrusted to Vision Distribution, and international sales to True Colours. The novel Il ladro di giorni was published by Italy’s Feltrinelli in April 2019.

The annual showcase of Italy’s best, recently released cinematographic productions is unfolding between 4–9 March in the English capital

Guido Lombardi brings the story of two family members’ sentimental education to the big screen, where a father and son reconnect after many years of absence and against a backdrop of crime

Elegance and curiosity are the bywords of this year’s Rome Film Fest, and a further two sections are now in the offing

Women stand centre stage in this 14th edition of the event spearheaded by Antonio Monda, while Bill Murray, Ethan Coen, Olivier Assayas and Bertrand Tavernier feature among the great many guests 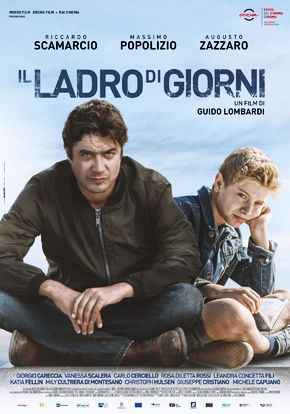 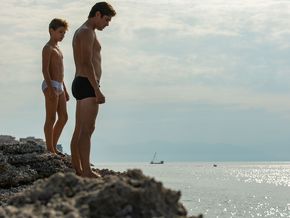 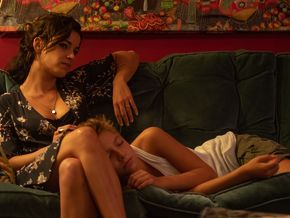