Review: Out in the Open

22/10/2019 - Audiences will taste the grit in their teeth as they watch Benito Zambrano’s Andalusian western, based on the Jesús Carrasco novel of the same name, which reeks of economic and moral squalor

Jaime López and Luis Tosar in Out in the Open

Those who have read the novel Out in the Open by Jesús Carrasco swear that the film version, helmed by Benito Zambrano with a screenplay written by brothers Pablo and Daniel Remón, is milder than the original book. It’s hard to believe, though, because Out in the Open [+see also:
trailer
interview: Benito Zambrano
film profile], the film, is almost excessively brutal, with physical and psychological violence galloping at full pelt through a parched, hostile and sweltering landscape in mid-1900s Spain, where the abuse of power – by the head of state, the infamous dictator Francisco Franco – was just a part of everyday life.

The Spanish-Portuguese co-production Out in the Open was world-premiered last Saturday after the opening ceremony of the 64th Seminci – Valladolid International Film Week, where it is also competing for the Golden Spike. It will soon get an airing at the Seville European Film Festival and will finally be released in Spanish theatres on 22 November. If it’s branded as a western, that’s because it has that classic western cinema vibe, although not an American one, but rather a southern Spanish one: the arid, parched and yellowish locations of the Andalusian province of Granada serve as the setting for this film that unfolds during that fateful period of history labelled “post-war”, in the midst of the accursed Franco dictatorship.

As Zambrano shows us, at that time, the countryside in Andalusia – which he knows like the back of his hand, as he was born in a town in the province of Seville – La Mancha and Extremadura was ruled by landowners, overlords and plantation owners, unfettered and lawless fat cats who exploited and abused poor people (as we saw in the hard-hitting The Holy Innocents, a film by Mario Camus based on the book by Miguel Delibes). One of them has taken a shine to a boy from a family that works for him, but the lad manages to escape his venomous clutches. As he runs away, he bumps into someone who is quite possibly the last free man in those realms, a former soldier who, after having been through hell and back, still retains a modicum of dignity. Even though it initially seems unlikely, a relationship blossoms between the boy and the adult, which evolves from friendship and support into something resembling the attachment between a father and son.

With his cast including actors of the likes of Luis Tosar, Luis Callejo and the very young Jaime López (who rose to prominence in Food and Shelter [+see also:
trailer
interview: Juan Miguel del Castillo
film profile]), the director of Solas does not eschew character drama, but rather disguises it beneath the outward appearance of a battle between good and evil, contrasting integrity with moral corruption, and pitting altruism against physical, sexual and psychological abuse. As Silvia Pérez Cruz’s spine-tingling singing brings the film to an end, we realise that it’s a movie that has a strong start, then peters out slightly towards the middle, only to bounce back again with its violent finale, and – much like The Endless Trench [+see also:
film review
trailer
interview: Aitor Arregi, Jon Garaño an…
film profile], which is about to go on general release in Spain – it also talks about cruelty, aggression, slavery and obscurantism. Only here, thanks to the magnificent work of DoP Pau Esteve, the characters’ odyssey unfolds in dazzling locations parched by the sun, a place without any physical barriers, but criss-crossed by the towering walls of repression and abuse. The protagonists are thus victims and executioners during a time we mustn’t forget… lest history repeat itself.

Out in the Open is a production by Spanish outfit Morena Films, in co-production with Intemperie La Película AIE, Áralan Films and Portugal’s Ukbar Filmes. It boasts the involvement of RTVE, Canal Sur TV and Movistar+. It is being distributed in Spain by A Contracorriente Films, and The Match Factory is overseeing its international sales.

more about: Out in the Open

Interview: Benito Zambrano • Director of Out in the Open

With his fourth film, the Spanish western Out in the Open, Benito Zambrano returns to Spanish cinemas and festivals after an eight-year break

The Seville-born helmer is turning the best-selling Cristina Campos book into a film, which he is currently shooting on the Balearic and Canary Islands

VENICE 2020: The main character in Pedro Collantes’ excellent feature debut experiences the confusion and disorientation that come as part and parcel of a step change

From 13-19 November, the 14th Segovia European Film Festival will enrapture its audience with the crème de la crème of the Continent’s audiovisual output

Review: Out in the Open

Audiences will taste the grit in their teeth as they watch Benito Zambrano’s Andalusian western, based on the Jesús Carrasco novel of the same name, which reeks of economic and moral squalor 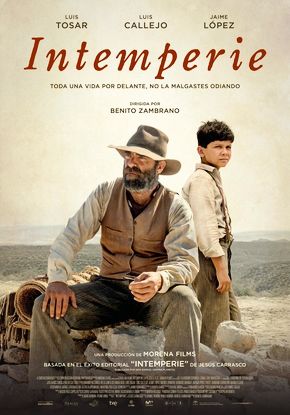 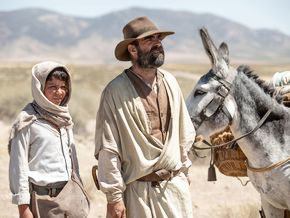 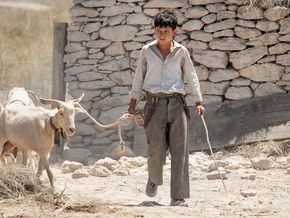