30/10/2019 - The winner of Ji.hlava’s First Lights competition is an essayistic experimental documentary film about the banality of evil in three acts directed by Jelena Jureša

Winner at the 23rd Ji.hlava International Documentary Film Festival of both the main award in the First Lights section, dedicated to debut films, and of the student jury award, Jelena Jureša’s Aphasia [+see also:
trailer
film profile] is undoubtedly one of the most interesting titles at this year’s edition of the festival.

Through a fragmented storyline, Aphasia connects the dots between seemingly unrelated historical events: Belgium’s colonial history, neatly preserved if not openly celebrated in the Royal Museum; the troubled relationship between occupying Austria and the Balkans and the Austrians’ dismay at the assassination of Franz Ferdinand in Sarajevo, but especially the hovering of Kurt Waldheim, then Secretary General of the United Nations, before the commission began to investigate his involvement in the SS; and Belgrade’s most popular DJ, the protagonist in one of the most infamous photos of the war in Bosnia – where he is seen kicking a dead woman in the head. All have one thing in common: they leave the spectator at a loss for words – in a temporary state of aphasia, the inability to formulate a complete sentence – upon hearing or reading about acts of unimaginable violence meeting public silence, going unpunished, even being normalised, because their perpetrators remained in a position of power: a western European country, a monarchy; a Secretary General of the U.N. and a president of Austria; a popular Belgrade character fitting in with the dominant ideology and boasting a close connection to an untouchable criminal figure.

Interweaving a theatrically narrated, sardonically written account of the experience of visiting the museum of Belgian colonial history; archival video footage of the U.N. hearing of Kurt Waldheim; and the first-hand testimony of a woman who remembers the DJ from the Ron Haviv’s horrifyingly iconic photograph of ethnic cleansing in Bosnia, and remembers running into him in Belgrade night clubs, Aphasia paints an image of the banality of evil. Whether referring to the writing of Slavenka Drakulić, who argued that we label the perpetrators as “monsters” simply to separate “us” from “them”, or Hannah Arendt, who found the Nazi operative Adolph Eichmann “an ordinary, bland bureaucrat”, and “terrifyingly normal”, evil is frightening precisely because it is so banal, so ordinary, so everyday-like. To think about the perpetrators as monsters instead of ordinary people blinds us from our own capacity for evil, our own acts of violence, however big or small.

Aphasia is a film aware of that fact from beginning to end. The inability to speak, to form a complete sentence that would either describe or explain, inspires the final scene of the film, in which the woman who talked about the photograph and the DJ, tries to dance out her frustration during a scene that makes up almost a third of the film. Sometimes, there truly are no words that would do justice to what they are trying to describe; nevertheless, Aphasia gets us to interrogate the distance between the supposed monsters and ourselves.

The film is produced by Belgium’s Argos.

The winner of Ji.hlava’s First Lights competition is an essayistic experimental documentary film about the banality of evil in three acts directed by Jelena Jureša 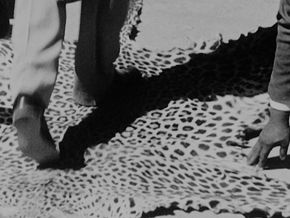 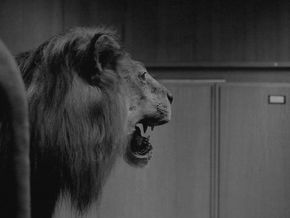 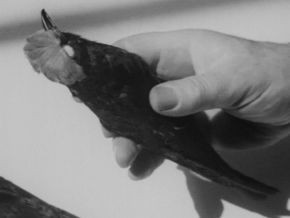