05/11/2019 - In her latest documentary, Sabine Derflinger portrays the titular visionary feminist politician and her long-standing legacy

It seems that, with the current state of things in global economics and politics, some of the heroes of the past are being systematically forgotten, and some of the rights and liberties they worked so hard to attain for the people have to be defended – or even fought for – again and again. One of these heroes was late Austrian politician Johanna Dohnal, a socialist and a feminist whose work in the fields of women's and labour rights stretched beyond a strictly national context. The documentary Johanna Dohnal - Visionary of Feminism [+see also:
trailer
film profile], directed by Sabine Derflinger (known for docs such as One Out of 8 and Hot Spot, as well as the fiction features Day and Night and Anna Fucking Molnar [+see also:
trailer
film profile]), which puts the iconic politician firmly in the spotlight, recently premiered at the Viennale.

The strictly Austrian scope of the documentary offers little chance of a wider international release, even though a number of parallels can be drawn with contemporary trends and social issues in the whole of Europe. However, its TV-friendliness and the clarity of Derflinger's storytelling might pave the way for a decent performance in this kind of market.

From 1979-1995, Dohnal occupied two different offices within the Austrian government: first as State Secretary for Women's Rights and Issues, and from 1990, as Minister for Women. During that period, she fought for the redefinition of gender roles (striving to offer other career options for women as well as introducing parental leave for men), granting maternity leave and guaranteeing pension rights for female farmers, establishing shelters for women and children who had been victims of domestic abuse, and making marital rape legally equivalent to extra-marital rape. She fought hard for gender quotas and saw them as a tool to enable women to be represented in a political landscape dominated by male representatives and officials, rather than as a goal, per se. Aside from being a feminist, she was also a committed socialist who came from a working-class background and knew the life of working women only too well. In her politics, labour rights were tightly connected to women's issues, and she saw economic dependence as one of the principal tools of oppression.

Derflinger examines Dohnal's influence on her immediate environment, portrayed through the testimonies of her widow/domestic partner Annemarie Aufreiter, her daughter Ingrid Dohnal, her granddaughter Johanna-Helen Dohnal, public figures (such as various artists, performers, journalists and contemporary feminists) and society as a whole. The filmmaker also tracks the politician's career, covering its rise during the times of Bruno Kreisky's tenure and its fall during the era of Franz Vranitzky, when Dohnal fell victim to different political pressures and to the global adoption of the neo-liberal model, even within the ranks of leftist political parties.

Over the course of the movie, Derflinger makes use of the usual, tried-and-tested methods from the arsenal of documentary filmmaking, such as talking-heads interviews with the subjects conducted in their home or work environments, and archive TV material in which Dohnal has to defend her political agenda, which she does eloquently and passionately. The most poignant moments are the excerpts from Dohnal's personal diary, with which Derflinger opens and closes the film. The steady camerawork by Christine A Maier and Eva Testor and the precise editing courtesy of Niki Mossböck suit the material well, which makes Johanna Dohnal - Visionary of Feminism easy to watch and to follow – and this is very necessary for such an informative and socially charged documentary.

Johanna Dohnal - Visionary of Feminism is an Austrian film produced by Plan C Filmproduktion and Derflinger Film. Filmdelights handles both the national distribution and the international sales.

In her latest documentary, Sabine Derflinger portrays the titular visionary feminist politician and her long-standing legacy 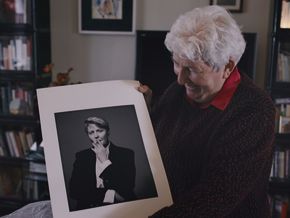 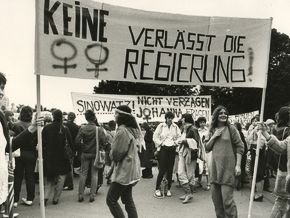