12/11/2019 - Discovered via his film Worldly Girl, Marco Danieli embarks upon an interesting and rather charming experience in the form of a musical based around the songs of Lucio Battisti

Laura Chiatti and Michele Riondino in Forever You

An eminently risky genre, the musical form is sufficiently rare in the film landscape of the Old Continent for us to linger a while on the most recent attempt put forward by Marco Danieli, a director who made quite an impression with his first feature film Worldly Girl [+see also:
film review
trailer
making of
interview: Marco Danieli
film profile] (unveiled in Venice’s 2016 Giornate degli autori line-up and winning Danieli a David di Donatello award in 2017 in the category of Best New Director). Screened in the European Discoveries section of the 20th Arras Film Festival, the Italian filmmaker has chosen to base his second full-length movie upon ten cult songs (featuring the lyrics of Mogol) by his fellow countryman Lucio Battisti, and one tune in particular which dates back to 1969 and which lends the film its name: Forever You [+see also:
trailer
film profile] (in Italian, Un’Avventura, translating as ‘a fling’). It’s a love story of long duration; a love which first takes flight at the beginning of the 1970s, in a small town in Apulia, which the beautiful Francesca (Laura Chiatti) decides to leave in order to discover the world beyond, leaving behind her the loved-up young mechanic-guitarist Matteo (Michele Riondino).

Francesca’s faded promises ("there’s nothing for me here, apart from you", “I’ll write to you, it’s more romantic"), buried by the many letters which have been returned to their sender, bearing the words “No longer at this address”, plunge Matteo into a deep depression, conveyed by way of Io vivrò (senza te). But five years later, Francesca bursts back onto the scene with a bunch of hippies in tow, who set up shop on the beach and party to the tune of Uno in più, reawakening a mutual attraction that’s clear for all to see (Acqua azzurra, acqua chiara). Next comes Rome, where the two lovers set up home, refusing to be separated by the vagaries of life ("his isn’t just a fling; for me, it’s Forever You"). Feminist-minded Francesca finds work in an advertising agency, pushing Matteo towards a musical career at Jingle Records, a subsidiary which records soundtracks for the agency’s adverts. And then comes marriage, the passing of time, the feeling of dreams going up in smoke, the revelation of Matteo’s infidelity, who’s caught in the act with Linda (Valeria Bilello), an accident, minimal reconciliation… The ups and downs of life all fly before our eyes to the tune of Nel sole, nel vento, nel sorriso e nel pianto. Then it’s Francesca’s turn to lead a double life, the painful uncovering of which (Non È Francesca) will lead to their separation (Il Vento) and to the solitude of two souls who each, somewhat desperately, attempt to fill the hole left by the other (Dieci ragazze: "no knife could ever hurt you like a great love wrings your heart"). But will Matteo (Balla Linda) and Francesca ever be able to love one another like they used to, and act on the love they perhaps still feel? Or will it turn out to be nothing other than Un’Avventura, as per Matteo’s song, which has miraculously become a hit and which encapsulates the eternal springtime of their love?

Written by Isabella Aguilar, the film moves back and forth between acting sequences and singing sequences, led by Michele Riondino and Laura Chiatti, with the story advancing by way of both the narrative and the music, and choreography coming courtesy of Luca Tommassini. Whilst it’s clear that the plot was devised rather mechanically in a bid to join up the themes of the ten chosen songs, and that the film’s ultra-sentimental guiding line often borders on photo-story kitsch, the film isn’t short on inventiveness, audacity and a certain sense of freedom. Obviously, it’s not in the same league as a Jacques Demy offering, but the magic and great charm of Battisti’s works is indisputable. They ramp up the viewer’s enjoyment of Forever You at regular intervals, and this because, as one character in the film explains, "love songs are the only songs which never get old".

Forever You is produced by Fabula Pictures together with Lucky Red and RAI Cinema, while sales are in the hands of True Colours.

more about: Forever You

Discovered via his film Worldly Girl, Marco Danieli embarks upon an interesting and rather charming experience in the form of a musical based around the songs of Lucio Battisti 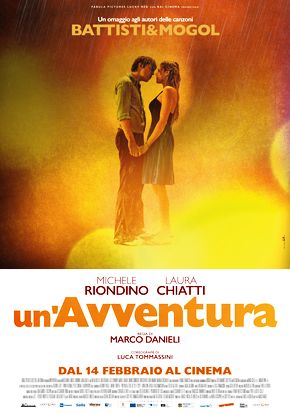 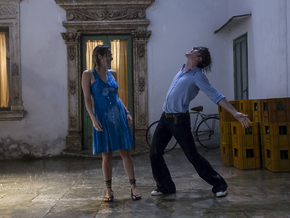 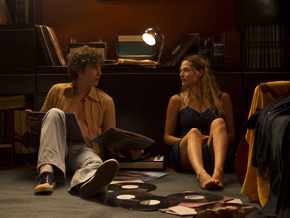