Review: On the Names of the Goats

Who constructs the history of a given place? In what way does the legacy passed down from one’s predecessors have a bearing on the current reality? And doesn’t the very act of questioning something constitute a new way of commentating on it? All of these questions – and a few more besides – are thrown at the viewer by directors Silvia Navarro Martín and Miguel G Morales, with the invaluable help of editor Ivó Vinuesa (all three of whom wrote the screenplay), in the documentary On the Names of the Goats [+see also:
trailer
interview: Miguel G. Morales and Silvi…
film profile], which had its Spanish premiere at the 61st Zinebi – Bilbao International Documentary and Short Film Festival. It is currently competing in the gathering’s First Film section, a few days before it is also due to get an airing at the 57th Gijón Film Festival, in the Llendes strand. The 63-minute-long film triumphed at the most recent IndieLisboa, which unspooled in May (see the news).

With a captivating soundtrack composed by Juan Carlos Blancas, which helps the audience to enter a bizarre and, at times, disconcerting headspace in which to watch and listen to the movie, the title of On the Names of the Goats – which features dialogue in Spanish, French and English – refers to the way in which shepherds on the Canary Islands baptise each and every member of their flocks, in that oh-so-human endeavour to classify, define and leave a mark on everything we meet and see. But that attitude, illustrated marvellously by means of an entertaining conversation salvaged from a sound archive, represents the great conflict laid bare in this film – a movie that is most assuredly atypical, unusual and free-spirited in nature, without paying heed to any creative or commercial boundaries or adhering to previously trodden pathways.

The filmmakers start off with the figure of Luis Diego Cuscoy, an anthropologist who, in the mid-20th century, carried out an investigation into the nature of the Guanches, the indigenous population of the Canary Islands. Exploring the caves where the natives lived, his camera captured the most remote and mysterious places on Tenerife. From this study arose a hegemonic account of the islands’ origins, which was compounded by the various different discourses that were subsequently imposed by different parties: the authorities (such as Franco’s dictatorship, for example), religion, various conquests and the well-to-do classes, who were the ones who had the financial resources to record and be selective about what exactly was happening. In addition, the directors went off in search of other audiovisual archives, unearthing many that dated from between 1920 and 1970, with which they construct a new reality that is rich in daydreams, suggestions and hints of a time long gone, the complex and convoluted facts of which – perhaps – no one will ever know in their entirety.

This documentary thus plunges us headfirst into a sea of lies, given that there are myriad points of view on, and versions of, the same events. With this movie, the auteurs contemplate, to quote them, “the decolonisation of what we know and what we see”, calling into question the recorded images and sounds themselves. And this seems to be the only way to uncover, or at least begin to seek out, one’s own identity.

On the Names of the Goats was produced by Miguel G Morales. Its distribution has been entrusted to Andreea Patru.

more about: On the Names of the Goats

Interview: Miguel G. Morales and Silvia Navarro • Directors of On the Names of the Goats

"We try to preserve the film’s freedom at all times"

We met with Canary Islander directors Miguel G. Morales and Silvia Navarro, whose documentary On the Names of Goats is screening at MiradasDoc

On the Names of the Goats, Las facultades, Serpentarius and Bait also received awards at the Galician gathering

The Spanish gathering, which will unspool from 15-23 November, is once again presenting a selection of the most fresh-faced and innovative (and indie) films within its programme

Review: On the Names of the Goats

The Basque city’s 61st International Documentary and Short Film Festival will fling open its doors on Friday 8 November and will unspool for a week, packed to the rafters with various activities 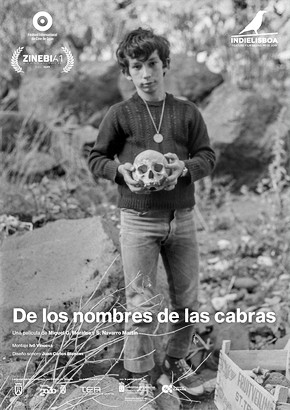 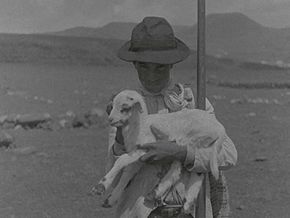 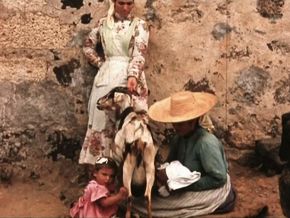 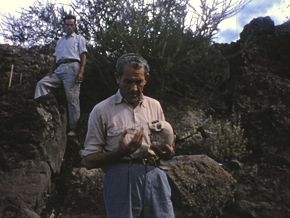