Slovenian-Italian filmmaker Martin Turk sticks with the themes of family and the relationships within it with his third feature, Don't Forget to Breathe [+see also:
trailer
film profile], but this time, he leans more towards a youth audience. This Slovenian-Italian-Croatian co-production premiered recently in the Alice nella città sidebar of the Rome Film Fest before being shown in the Plus section of the Zagreb Film Festival.

Our protagonist is 15-year-old Klemen (charismatic newcomer Matija Valant), who enjoys spending time with his older brother Peter (Tine Ugrin). They both live with their single mother, Alma (Iva Krajnc Bagola, from Srđan Karanović's Besa (Solemn Promise) [+see also:
trailer
film profile] and Nevio Marasović's Goran [+see also:
film review
trailer
interview: Nevio Marasović
film profile]), in a small town in the Lower Carniola region of Slovenia, enjoying nature and the tranquillity of the area. Klemen is a promising tennis player and sees his trainer Miro (Serbian actor Nikola Đuričko, who enjoyed a hint of an international career with In the Land of Blood and Honey and World War Z [+see also:
trailer
film profile]) as a father figure. He also spends time with his friend Gregor (Jakob Cilinšek), while his schoolmate Jana (Ronja Matijevec Jerman, from Igor Šterk's Come Along [+see also:
trailer
film profile]) might be taking a romantic interest in him.

Everything seems fine and dandy, but Klemen is a sensitive young lad who does not accept the facts of life changing around him. He does not think much of his mother's policeman boyfriend Andrej (Miha Rodman) and still has to come to terms with the fact that Peter will have to leave soon for his studies. In Klemen's life, additional trouble comes in the form of Sonja (Klara Kuk), his brother's new girlfriend whom he sees as an enemy deepening the rift between the two of them. Soon, Klemen botches some important tennis tournaments and also gets in trouble for taking someone's car for a joyride and crashing it. Is it just a desperate attention-seeking act or a classic case of teenage rebellion, or is there something more sinister afoot?

The trouble is that Turk and his co-writer, well-known film critic Gorazd Trušnovec, do not seem to know either. Klemen's transformations back and forth from a sensitive, rebellious kid to a manipulative so-and-so serve merely as plot points and do not really feel justified. The dialogue is fluid enough, although sometimes overly explanatory, but what strikes us the most here is both of the writers’ apparent ignorance about how communication between teenagers in the 21st century works. There are no social networks, and mobile phones are referenced once in the first half and used as a crucial plot device somewhere around the two-thirds mark. However, these are not irredeemable flaws, since Don't Forget to Breathe serves its purpose of being a youth film, communicating the clear didactic messages that one should not act on impulse and that life is not always predictable.

The actors' performances are not all on the same level, with Valant being the standout among the younger members of the cast thanks to his talent and very natural turn. But the real star of the film is Đuričko, with his trademark nonchalance and realistically heavy Serbian accent that adds another layer to his broadly sketched character. He is just the type of actor who can fill the scene with energy. Don't Forget to Breathe is also pretty easy on the eye due to its idyllic rural locations – taking in fields, rivers and woods – but also because of some top-notch lensing by experienced Croatian cinematographer Radislav Jovanov Gonzo.

more about: Don't Forget to Breathe

The move is a reaction to the government blocking already-approved production funding; awarded films include Don't Forget to Breathe, Antigone - How Dare We! and Paradise – A Second Life

The 19th edition of the gathering will unspool from 29 November-7 December, with no fewer than 60 films on the menu

The ninth When East Meets West rounds off its line-up

Focusing on Benelux and Central Eastern Europe, the Italian co-production forum has unveiled its selection for Last Stop Trieste, This is IT and First Cut Lab, along with its full programme of events 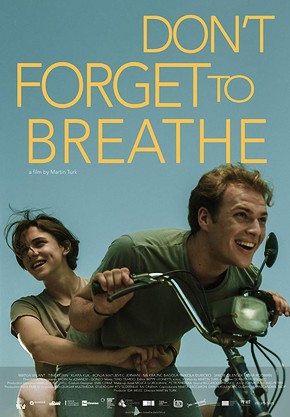 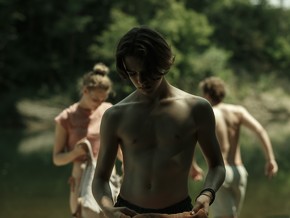 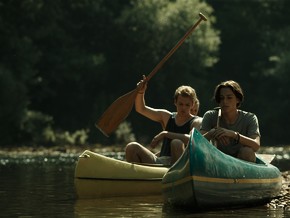