26/11/2019 - Maurizio Zaccaro brings to the big screen an episode from the working life of Pietro Bartolo, the Lampedusa doctor who comes to the aid of migrants, in an important and highly affecting account

As two women scroll through their holiday photos at dawn aboard a boat, they hear cries that sound like they’re coming from people in the sea. Little by little, they make them out in the water. They’re immigrants whose boat has sunk in the Lampedusa waters, and it’s with this scene of contrast that Nour [+see also:
trailer
film profile] opens, the new film by Maurizio Zaccaro presented at the 37th Turin Film Festival within the Festa Mobile section. The director and winner of multiple David di Donatello awards has devoted this most recent work of his to Pietro Bartolo - the Lampedusa doctor made famous by Gianfranco Rosi’s Fire at Sea [+see also:
film review
trailer
interview: Gianfranco Rosi
film profile] - recounting one particular episode from Bartolo’s role as coordinator of healthcare activities in response to the immigration emergency experienced by the island (a post he has covered since 2011), taken from his book Tears of Salt: A Doctor’s Story, written in league with the journalist Lidia Tilotta.

“I saw a child in a sack. I see him when I open my eyes, I see him when I close my eyes”. Bartolo (played here by Sergio Castellitto) carries out his work as if it were a mission: that of saving the largest possible number of lives from among the immigrants whose boats capsize just a few miles from the Sicilian island (the so-called “gateway to Europe”), fleeing from famine, war and torture. We see him in full activity, in a style which straddles fiction and documentary, as he coordinates rescue activities, as he embraces exhausted migrants wrapped in emergency blankets, as he sends a pregnant woman to a secure hospital to give birth. It’s a tiring and, at times, heart-breaking routine, such as the scene where he finds himself having to tell a father that his little boy lost at sea has been found in a blue sack with a number attached to it.

“They say that you get used to it, but I never do”. It’s called humanity. It comes as no surprise, then, that when Pietro finds himself faced with a ten-year-old girl who’s alone and in shock, his first instinct is to take her home with him and give her something to eat. The child’s name is Nour (Linda Mresy). She’s Syrian and she crossed the Mediterranean alone, because her mother didn’t manage to get on the boat with her in Libya. So, before sending her off to a “secure facility”, as is the rule for all the other “non-accompanied minors” (a term which resurfaces multiple times - the voice of bureaucracy), Bartolo will take her particular case to heart and do everything he can to find Nour’s mother.

At various points, Zaccaro’s film - which is perhaps too didactic and monotonous - packs an undeniable emotional punch. Pietro Bartolo is an extraordinary character and, faced with the images of these desperate souls in shock and struck dumb, it’s hard not to feel empathy or knots in our stomachs (there’s no shortage of excruciating scenes where bodies are found underwater). Flashbacks of what happened to Nour before she got on that boat, lines of bodies arranged inside an outhouse and tissue samples taken to establish their identity, family photos found in pockets: the film gathers together the memories of a person who has spent years in the front line rescuing those lost at sea. It’s an invaluable testimony.

Today, Pietro Bartolo works in the European Parliament, and it’s from this base that he tries to stir consciences. “I owe a lot to all those immigrants whom I’ve saved; they changed my life. Before, all I wrote were medical prescriptions; now, I’m writing books to raise awareness of these stories, and I’ve entered into politics so that I can do something about it”, the passionate doctor enthused during the film’s presentation at the TFF, the day after the umpteenth scene of carnage in the Mediterranean. And he added to this a simple footnote which, for many and in today’s society, no longer seems to be of this world: “I’m not a hero, I’m a human being. Saving people is my duty”.

Nour is produced by Stemal Entertainment and Ipotesi Cinema in association with Rai Cinema, and will be distributed by Vision Distribution in 2020.

Maurizio Zaccaro brings to the big screen an episode from the working life of Pietro Bartolo, the Lampedusa doctor who comes to the aid of migrants, in an important and highly affecting account

Among the 34 projects in receipt of a total of €1,525,000 are the new films by Franco Maresco and Pasquale Scimeca 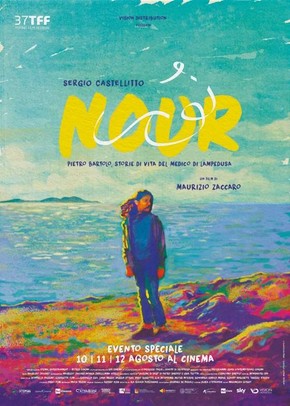 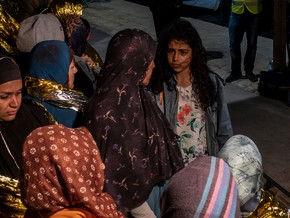 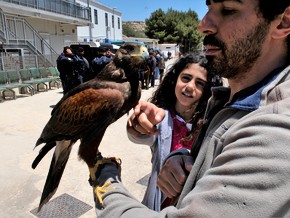 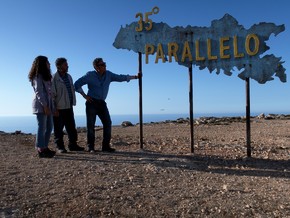 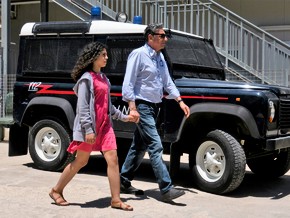 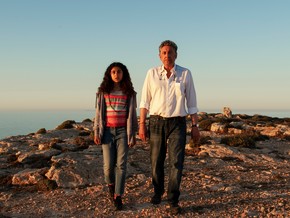 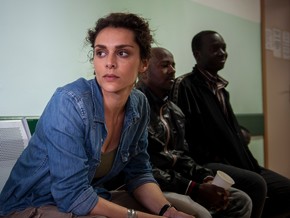 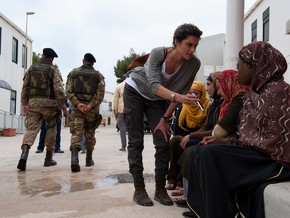 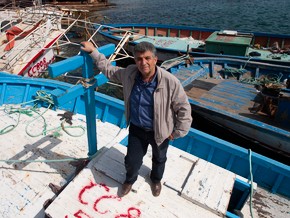 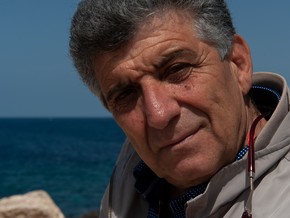 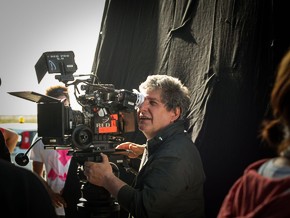