Review: Speak So I Can See You

Radio Belgrade started its broadcasts over 90 years ago and is today Serbia’s only radio station that still provides its listeners with rich cultural programming. Marija Stojnić’s documentary Speak So I Can See You [+see also:
trailer
interview: Marija Stojnić
film profile], screened in the First Appearance section of this year’s IDFA, is a 73-minute experimental homage to the memories and the historical importance of this radio station. Before filming her debut feature, Stojnić made a few shorts, such as Between Dream and Dream (2008) and Girl Who Opposed the Sun (2014), as well as working in the field of documentary, mostly serving in production roles.

In theory, making a feature-length experimental documentary about the cultural value of a public radio station is not an easy task. Nevertheless, the director accomplishes her mission and gifts viewers a pleasant, captivating audiovisual experience. The title comes from a sentence attributed by Erasmus of Rotterdam to Socrates (the original quote is actually “Speak, so that I may see you”), and this is certainly an apt choice, as the whole film centres on the power and beauty of radiophonic sound, capable of bewitching its audience, and enabling it to learn, hope, dream and think things through. Stojnić adopts a dual cinematic approach, alternating observational scenes (often showing the staff discussing or rehearsing their programmes) with more abstract ones, where music, announcements, radio dramas, old recordings and other audio excerpts fill the empty spaces of Radio Belgrade’s building.

While watching these scenes, the feeling is one of exploring the contents of a time capsule. At times, the camera moves in a similar fashion and speed to that of satellite imagery, conferring a special aura upon the building and leaving room for reflection and contemplation. In one of these scenes, for example, the camera slowly makes the ceiling tilt, and the voice of a speaker expresses fascinating thoughts on the vastness of the universe and its origins, accompanied by an instrumental track that gradually reaches a crescendo. Only at the end, when the music fades out, does said speaker reveal that these were the words of American astronomer Carl Sagan, quoted from his popular science book Cosmos.

Meanwhile, other parts are imbued with a rather original, “disturbing” mood, where the blend of voices, sounds, echoes and lights recalls the aesthetics of horror films, accentuating the movie’s strong synaesthetic power. In general, the documentary is rich in these brilliant moments, which all contribute to shedding light on decades of Yugoslav and post-Yugoslav history, as witnessed by the radio station, thus immersing the viewer in quite a unique cinematic experience. And, commendably, it also leaves some room for irony.

Speak So I Can See You was produced by the director herself and Milos Ivanovic for Serbian firms Set Sail Films and Bilboke, in co-operation with Finnish public broadcaster YLE. Its world sales are currently being handled by Wouter Jansen for Nijmegen-based outfit Square Eyes.

more about: Speak So I Can See You

Interview: Marija Stojnić • Director of Speak So I Can See You

"Imagination and abstraction are as important as history and facts"

We spoke to Serbian filmmaker Marija Stojnić about her documentary Speak So I Can See You, centred on Radio Belgrade

Review: Speak So I Can See You

Projects from Hungary, Serbia and Ireland win at ZagrebDox Pro

The HBO Award worth €2,000 went to the Hungarian project It's Her Story

Review: A Life on the Farm 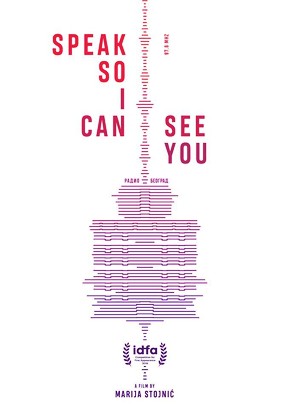 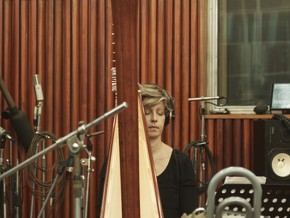 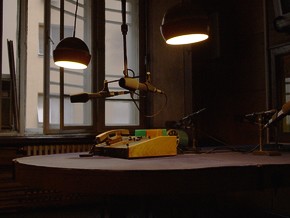 The sixth edition of Kids Kino Industry announces its selection