Celebrating its world premiere in Tallinn Black Nights’ main competition, Fatos Berisha’s The Flying Circus [+see also:
trailer
interview: Fatos Berisha
interview: Fatos Berisha
film profile] is a curious proposition that’s based on an idea so preposterous it could only be compared to cutting down the mightiest tree in the forest with a herring. Yet, apparently, it’s rooted in real events experience by the helmer himself. Set in a Kosovo on the verge of war in the late 1990s, it shows the actors from the just-closed theatre (or, as it’s stated, the last functional public institution) deciding to show their play, inspired by a certain British comedy troupe, at a theatre festival in Albania. Especially after hearing that Michael Palin will be coming as well, somewhere nearby at least, filming one of his famed documentaries. But even though their journey is anything but easy, plagued with obstacles, an illegal border crossing and petrol smugglers, it quickly turns out that while nobody expects the Spanish Inquisition, their arrival proves just as surprising.

It’s a cute concept that, one imagines, could easily go wrong. Luckily, Berisha clearly believes that thou shalt not take the name of thy Monty Python in vain. The love is there, sure, but ultimately, it’s a story that stands up on its own, thanks to some assured direction and a truly entertaining team of performers: Armend Smajli, Tristan Halilaj, Afrim Muçaj and Shpetim Selmani, to be more precise, perpetually dishevelled like any self-respecting struggling artist and able to go from proving that Darth Vader’s “I am your father” revelation is perfect for a sock puppet show – as it is for just about anything else, really – to quoting the “wise old Shakespeare” in no time, with Chaplin and Al Pacino staring down from the walls. Oh yes, The Flying Circus is not just about those crazy Brits with their fish, bananas and old pyjamas, but also the belief that, no matter what happens, art can conquer all. Not to mention that it can help you avoid some unwanted rakija.

This easy and natural chemistry, helping out with some overly on-the-nose film references, is what elevates the whole proposition – even despite its occasional stumbles, including its broad portrayals of people from opposite sides of the political spectrum. Truth be told, this writer could also live without yet another female character complaining about her man’s lack of practical skills and, of course, not supporting his dream. But even all of this can’t hide the fact that there is some welcome darkness to this crowd-pleaser, and a rather brilliant solution to a practical problem that hangs over the whole thing, kept aside for the very end. As far as gentle tributes go, the only thing missing here is the machine that goes “ping!”

The Flying Circus, a Kosovar-Albanian-North Macedonia co-production, was written by Fatos Berisha. It was produced by Vjosa Berisha for B2 Kosovo, B2 Albania, Black Cat Production and Ikone Studio. The film was supported by the Kosovo Cinematography Center, the National Cinematography Center of Albania and the Municipality of Tirana.

more about: The Flying Circus

"This is my personal story, I struggled to distance myself from it"

Kosovo's Fatos Berisha has discussed his latest feature The Flying Circus with us at Tallinn's Black Nights Film Festival, where it competed for the Grand Prix for Best Film

“We were living in a surreal world, and humour was a way to survive and to preserve our sanity” 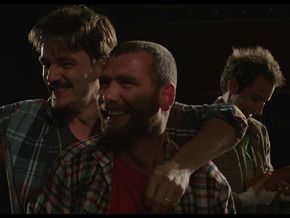 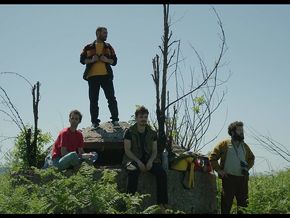 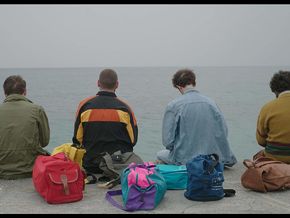