He’s one odd duck, that Finky [+see also:
trailer
interview: Dathai Keane
film profile] fellow. Presented in Tallinn Black Nights’ First Feature Competition, Dathai Keane’s story – as Cineuropa found out, shot not in one, but in two different versions of Irish – sees a small-time musician/puppeteer (Dara Devaney) trying to deal with the simple fact that, firstly, his life is not really going anywhere, and then it just careers downhill. So fast, in fact, that it doesn’t take long before one can really repeat that trite “We are not in Kansas any more” line with conviction, only to round off the sentence by adding: “And now we are moving to Scotland instead.” Poor Toto would never have seen that one coming.

And that’s precisely where Finky ends up, after a failed performance leads to him stealing some cash from people who don’t seem happy about it at all and understandably deciding to decamp with his friend for a while. Although, just like in some 1990s teenage horror franchise, karma is out to get him all the same, even despite the sudden change in location: after a serious car accident, he is stuck in a wheelchair and adorned with a pirate-like patch, among other things, bitter and angry like never before. Just the kind of guy a rather unusual circus troupe is looking for, it turns out, but it will take more than some moderate applause and a nice girl’s shy encouragement to get him back on the right track.

That this weird, ultimately very dark story doesn’t quite succeed might simply be down to financial reasons, as you just want it to go way bigger, somehow – bigger, weirder and full-on Terry Gilliam during his glory days, before he got bogged down in that Don Quixote business for way too long. There are a few peculiar faces nonetheless, each inviting Finky over to join their little world for a while. But unlike dear Terry, who always ended up with outcasts that, for their many faults and odd outfits, were still rather sweet, that’s really not the case here.

What’s risky as hell and possibly bound to cost Finky some future exposure is the fact that Keane clearly doesn’t buy into the whole “characters need to be likeable, first and foremost” philosophy. He still seems to like them alright, but there is no guarantee that anyone else will, with Finky’s visible, frankly rather terrifying, deterioration being not just of the physical kind. Needless to say, in his moment of desperate need, when someone wants to help him out, he tries to rip the woman’s blouse open. It’s an unpleasant scene to watch, and there are more to follow, making it increasingly hard to root for this guy – provided you ever did to begin with, even as his erratic behaviour becomes clearer over time. Then again, if the Brothers Grimm taught us anything at all, it’s that real fairy tales were never about lovely people being nice to each other, but rather about struggles and sacrifice. And they’re certainly not for children.

“In the end, it’s a classic hero’s journey”

We talked to Irish filmmaker Dathai Keane about his debut feature, Finky, and fairy tales for adults 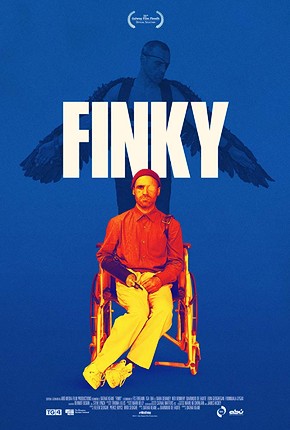 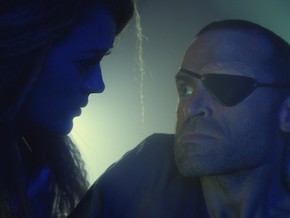