Review: Citizens of the World

03/01/2020 - In this story of three pensioners who want to retire to Santo Domingo, Gianni Di Gregorio broadens his horizons only to turn his back on them, immortalising his sacred space of Rome once again

Behold the Mondays In The Sun enjoyed by Attilio, Giorgetto and the Professor. The days which characterised the 2002 film directed by Fernando León de Aranoa were never-ending, one day no different from the next in the eyes of a group of unemployed friends, the most rebellious of which - the Saint, played by Javier Bardem - dreamed of upping and leaving for Australia. The days experienced by the trio of seventy-somethings in Citizens of the World [+see also:
trailer
film profile] (Lontano lontano), meanwhile, consist of drinking beer in the iconic Trastevere bar San Calisto, casting resigned looks at female tourists and pocketing distinctly unimpressive pension slips; all of this unfolding within a Rome saturated in light, its corners uncluttered by rubbish, encompassing the historic centre and the outskirts (rather originally rendered by Gogò Bianchi).

Now on his fourth film in ten years, Gianni Di Gregorio (who celebrated 70 years of age in February this year) is returning with a film boasting his typical melancholic yet entertaining style, poetic and pulsating with life, which was hailed, upon his debut with Mid-August Lunch [+see also:
trailer
film profile], as a potential new way forwards for Italian comedy. An advocate of senility as a form of art, and invariably dousing his films in unmistakably white wine (Mid-August Lunch launched the fashion for Chablis), the director who started out in theatre alongside Bob Wilson, Grotowski, Kantor and Chaikin is putting his name to yet another extension of his own personal, cinematic narrative. He’s supported in his work by his faithful producer Angelo Barbagallo, who, on this occasion, has also brought France’s Jean Labadie along for the ride.

Broken down into the days of the week, Citizens of the World relays the dreams and adversities of a retired labourer (Giorgio Colangeli), a bored professor who has spent his whole life teaching Latin (played by the director himself, with his middle-class face à la Vittorio De Sica and the signature bags under his eyes) and a former globe-trotting hippie who’s now a second-hand dealer driving a 1975 Triumph Bonneville. The latter is played by Ennio Fantastichini who treats us to a wonderful, sweet and generous character.

Taken in by the urban legend which claims old folk fare better in Santo Domingo, where pensions go ten times further, the three decide to leave; to travel far, far away to enjoy a golden form of old age. Helping them to find the right destination is a well-off professor (Roberto Herlitzka) who ranks candidate countries according to political stability, tax systems, crime rates and, obviously, climate. Malaysia? Cuba, Bali, Bulgaria? Luckily, their departure will be hindered by bureaucracy, by the beautiful lady (Galatea Ranzi) the Professor meets in the bar, by a certain nostalgia for the life they know, but above all, by the irruption of young Abu (Salih Saadin Khalid) into their lives - a boy from Mali who arrived in Italy on a rubber dinghy and who needs to get away far more than they do. The idea for the film was born out of a conversation with Matteo Garrone, on whose first films Di Gregorio was assistant director, and for whom he co-penned Gomorrah [+see also:
film review
trailer
interview: Domenico Procacci
interview: Jean Labadie
interview: Matteo Garrone
film profile]; a conversation which culminated in a story - published in the anthology “Stories from the Eternal City” - and in the film’s screenplay, written with Marco Pettenello. Di Gregorio broadens his geographical horizons only to turn his back on them, and to immortalise his sacred space - the Roman genius loci – once again. Indeed, the Latin professor in Lontano lontano is so deeply connected to the city, it’s as if he’s an integral part of it: tourists take photos of him as well as the fountain. And stepping outside of his comfort zone just isn’t an option for him.

Citizens of the World is produced by BiBi Film Tv and Le Pacte, alongside Rai Cinema, with the participation of MiBACT and the support of the Lazio Region and the European Union. International sales are in the hands of Le Pacte. The film was screened in the Turin Film Festival and will be released in Italian cinemas on 6 February via Parthenos.

more about: Citizens of the World

Making its debut today on Italy's RaiPlay is Ginevra Elkann’s first feature If Only, the first of eight RAI Cinema films to be released on the RAI streaming platform

Review: Citizens of the World

In this story of three pensioners who want to retire to Santo Domingo, Gianni Di Gregorio broadens his horizons only to turn his back on them, immortalising his sacred space of Rome once again

The shoot for the fourth feature by the director, who stars alongside Ennio Fantastichini and Giorgio Colangeli, has kicked off in Rome 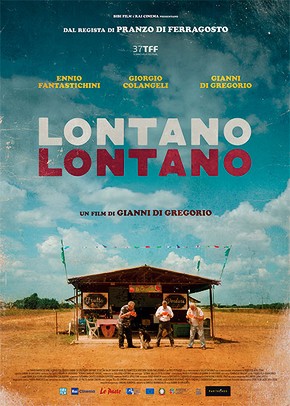 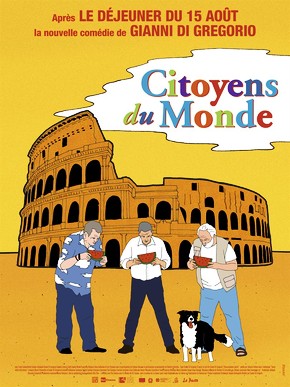 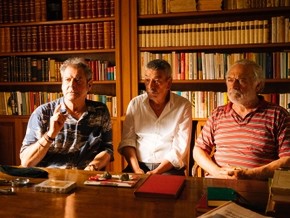 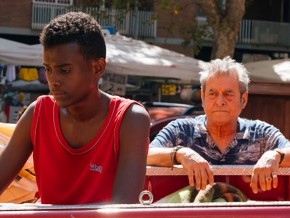