A beached whale: This is the opening image of Res creata [+see also:
trailer
film profile], Alessandro Cattaneo’s documentary exploring the relationship between humans and animals. As the symbol of nature’s resistance to the mankind’s dominion, the whale triumphed in Herman Melville’s “Moby Dick”. However, the 17-metre-long, 18-tonne creature which lies helpless on Sardinia’s Platamona Beach is nothing more than a co-star in the selfies of the people hailing from the local area. Res creata is the Latin term which describes all living creatures as belonging to one large, indistinct mass. Indeed, World History teaches us that just 70,000 years ago, Homo Sapiens were simply one of many animals inhabiting a corner of Africa, competing with other species and with the surrounding environment. It was only over time that they became the masters of the entire planet and a source of terror for the ecosystem. “There was an era”, Jungian psychoanalyst Daniele Ribola explains in the documentary, “when our relationship with animals wasn’t based on difference but on commonality. Man didn’t see himself as different from other animals”. Nowadays, animals “are no longer attributed worth; instead, they’re turned into objects and quantified, which is why it’s easier to slaughter and eat 15 million pigs”.

How, then, do we explain the endurance of those ancestral rites shown to us by the director and his co-screenwriter Silvia Della Sala? Why do people in Abruzzo wrap snakes caught in the woods around a statue of a saint? What’s behind the magic of Sardinia’s Mamutzones Antigos di Samugheo, who dance while covered in black goat skins, representing the passion and the death of vegetation god Dionysius? The film tries to provide answers to such questions by way of some very different characters. Giovanni Lindo Ferretti, for example, who flew the banner for Italian punk rock in the Eighties, but who is also the son of shepherds who grew up in the Reggio region of the Apennine countryside, has since returned to the land to rear horses. He tells us of his childhood spent among animals, “which are now ‘aliens’ for 99% of the world’s population”. In the mind of philosopher Felice Cimatti, “we’re told about animals before we even encounter them. Looking after animals is about not creating hierarchies, not deciding who’s best and who’s worst, and not using man as a gold standard”. Cimatti quotes Gilles Deleuze in order to foreground the idea of “becoming an animal”, of inhabiting the world in the same way that animals do.

As, indeed, does shepherd Piero Tomei, stating that “being surrounded by animals makes you feel better, it’s better than any medicine”. Or young falconer Gregorio Tinteri, who questions the use of cages in his relationship with his beloved animals. On the subject of our relationship with dogs and cats, Poet Franco Marcoaldi explains that “There’s an intimacy; it’s a mysterious and indecipherable relationship but there also a huge distance between us. And this is where its fascination lies”. Musicologist and semiotician Dario Martinelli, an advocate of antispecism, reveals that bird, whale and dolphin song - even the howling of coyotes - has proved a source of inspiration to a number of great musicians. To understand the beauty of animal language is to enrich our minds, but there’s also real ethical value to it: “The more we understand and the more we know about other animal species, the more we are able to respect them, to understand their complexities and to act accordingly”. Edited by Pietro Malegori, the film is a breath-taking dance of words and images which traverse the country, offering up an original vision of the world, shying away from anthropocentrism and refusing the “National Geographic” approach.

The winner of the Young Jury Award and the Audience Special Mention in the Italian competition section of Milan’s 5th International Documentary Festival - Visioni dal Mondo, Res creata is now continuing its tour of the international festival circuit. The film is produced by Silvia della Sala and Alessandro Cattaneo, alongside associate producer Pietro Malegori, in association with Zivago Film. It enjoys the support of Magestic Film and sponsorship courtesy of the Lombardy Film Commission.

Between 19 February and 18 April, by way of the online MyMovies platform, Italy's Rete degli Spettatori will offer up a selection of 10 recent titles which reflect critically upon reality

Three panels were organised as part of the Visioni Incontra industry section in order to take stock of digital offerings, the contribution of Film Commissions and the role of women in the media 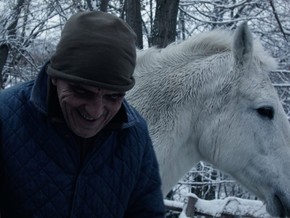 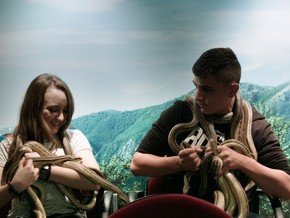 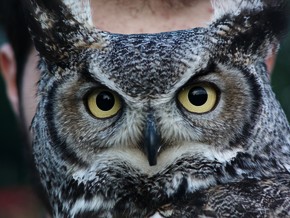