23/01/2020 - The opening film of this year’s IFFR, by Portugal's João Nuno Pinto, borrows Kurtz’s final words in Heart of Darkness and delves right into the horror… the horror…

Chosen as the opening film of this year’s 49th edition of International Film Festival Rotterdam – and shown in the Voices Big Screen Competition – João Nuno Pinto’s Mosquito [+see also:
trailer
film profile] is the kind of war epic that concentrates more on individual experience than detailed historical re-enactment. Experience that, predictably, turns out to be properly hellish, as a teenage boy (João Nunes Monteiro) who decides to sign up for the Portuguese army finds out in 1917 upon his arrival in Mozambique. Or even before, actually, when his fellow soldiers literally ride its native inhabitants like horses while trying to get to dry land, because they are going to Africa, “and in Africa, a man got to be on his guard”, an exceptionally shouty superior informs them, thus pretty much establishing that, from now on, everything and everyone will be seen as disposable.

It’s an arresting image, but it lasts way too long, which arguably undermines its force – the same could be said for the entire story that follows, once young Zacarias decides to leave the camp on his own, determined to join his unit in Niassa and trying to survive in the wilderness in between bouts of malarial fever. Even though he focuses on World War I and is apparently inspired by his own grandfather, João Nuno Pinto seems to owe a little too much to Joseph Conrad’s Heart of Darkness, or especially Coppola’s take on it in Apocalypse Now, wide divergence in dates be damned. This is mostly because Mosquito is clearly designed to be an in-your-face, multi-sensorial experience, engaging the ears as well as the eyes – just like that 1979 scene in a Saigon hotel room, with the sound of a ceiling fan morphing into sharp helicopter blades. Or was it the other way around?

All of this results in a film that’s technically rather polished but hardly surprising, and although the soundtrack is atmospheric, going from loud animal cries to tunes that wouldn’t seem out of place in a club (and nor would Adolpho Veloso’s cinematography, blurry at the edges as if beads of sweat were already in your eyes), it also becomes tiresome: a bit too noticeable for one to be able to truly engage. As is everything else, for that matter, with some “useful” exposition through letters striking the viewer as an easy way out, however poetic the statements about “my heart is aching but my soul is fulfilled” may seem to the initially naïve protagonist, dialogues sounding like dialogues, not actual conversations, and supporting characters arriving to deliver lengthy monologues with such intensity you can feel the spit landing on your forehead. Said monologues masquerade as tales, usually involving animals. Or barrels with exceptionally tight holes.

It’s easy to coldly appreciate some of Mosquito’s aspects, then, but emotionally, it just doesn’t pack quite the punch it should, given all the, yes, horror that Zacarias is soon forced to witness. Especially as its execution tends to range from safely recognisable – with an innocent youngster encouraged to drink “to the war” only to then discover that war is hell – to openly pretentious. We all deserve a break every once in a while, but there is only so much photogenic cigarette smoke and fado singers one can possibly take.

The film by brothers Fabio and Damiano D'Innocenzo has gone home from the gathering with the top prize, also scooping the Best Director Award in the official section

The opening film of this year’s IFFR, by Portugal's João Nuno Pinto, borrows Kurtz’s final words in Heart of Darkness and delves right into the horror… the horror… 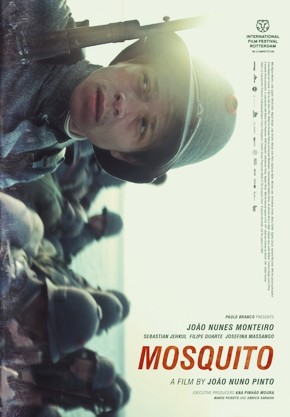 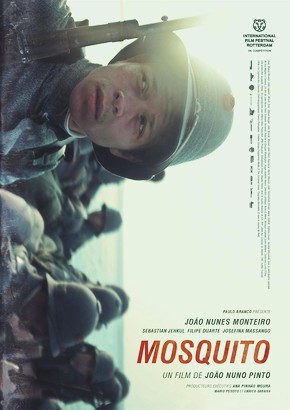