With Valley of Souls, Nicolás Rincón Gille, who has thus far made his name within the documentary genre, offers up a fiction film on death and the absurdity of war; a work deeply rooted in the rustling life of the Magdalena River. Discovered last autumn in Busan, and the recipient of the Golden Star at the Marrakech International Film Festival in December, the film was screened this week in the IFFR’s Voices line-up.

José, a Colombian fisherman, returns home after a long night’s work. Upon his return, he finds his village ravaged and his daughter in a state of shock. Paramilitaries have killed his two sons, Dionisio et Rafael, and thrown their bodies into the river. Immersed in pain, José decides to look for their remains so as to give them a proper burial and, most importantly, to save their souls from eternal limbo.

Thus, he sets off on an insatiable quest, determined to overcome his impossible grief by giving his sons a worthy send-off. The journey embarked upon by the father takes on an epic dimension, summoning the victims’ spirits, as well as that of the river, which serves as the film’s main artery in both time and space; the veritable backbone of the work. This journey upriver, organic through and through, is reminiscent of a great many mythological tales.

But it’s the modern history of his country that Nicolás Rincón Gille is exploring here, guided by José, a hero and a ferryman; a ferryman of souls and of memory. Much like another recent film directed by a South American filmmaker living in Belgium - Our Mothers [+see also:
film review
trailer
interview: Cesar Diaz
film profile] by Cesar Díaz, a work awarded Cannes’ Caméra d’or for its intimate and generational tale of the wounds inflicted by the Guatemalan genocide - Rincón Gille is offering up an ode to the victims of the Colombian Civil War, a truly immersive elegy which invents images and words in order to reflect upon these ills. “I thank those who have agreed to revisit these dark times”, is the director’s sign-off at the end of the film. Valley of Souls offers a headstone in memory of all the AUC’s victims.

If the film and its tale - which advances at the very same pace as the river - abound in majestic realism, several scenes, as if paintings, underscore the absurd and arbitrary nature of the madness of men. The elusive souls referenced in the title haunt the streams and banks of the river. José clings on to various objects, veritable relics: a football shirt, a pendant… In the end, a few musical notes heard from afar will conjure up the figure of the old man’s son Dioniso, pushing the former to the very edge of his limits.

This elegy is carried by José, played by José Arley de Jesús Carvallido Lobo in his first role, who graces the screen and this jungle with a strong and serene presence. The film’s dramaturgy builds upon the strange contrast between the blind violence of the militia and the impassive serenity of José, which reaches its peak during a Dantesque scene where the latter extricates himself from a tragic confrontation with the head of the militia thanks to his love of cycling and a Colombian victory at the Tour de France.

more about: Valley of Souls

The Parisian international sales agent has opened a subsidiary in Brussels, which is springing into action with a title in the Directors’ Fortnight, Oleg

"Colombia has a lot to say in cinema"

Cinergie.be met up with Belgian-Colombian director Nicolás Rincón Gille, who participated in the Cinéfondation Atelier at the Cannes Film Festival with his project Valley of Souls 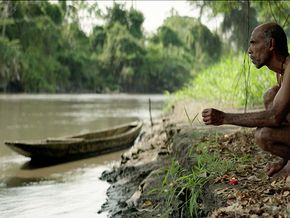 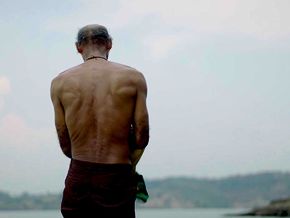