27/01/2020 - Lemohang Jeremiah Mosese’s first fiction feature is an inspired and bewitching work on the border between realism and myth, ethnography and onirism

“Legend says that this place was called the plains of tears”. Missionaries then renamed it Nazareth, but “people simply called it their home”. We are in the Leribè district, north of Lesotho, near the Orange river, in the gorgeous landscape of Lemohang Jeremiah Mosese’s native country (he lives in Berlin) where he chose to set his beguiling fiction feature debut, This Is Not a Burial, It's a Resurrection [+see also:
trailer
film profile], showing in the World Cinema Dramatic competition of the 36th Sundance Film Festival. A production which began as part of the Biennale College Cinema of the Venice International Film Festival, it is also part of the Bright Future programme of the 48th International Film Festival Rotterdam (IFFR).

A self-taught filmmaker whose documentary Mother, I Am Suffocating. This Is My Last Film About You was screened in Berlinale Forum in 2019, the director immediately imposes a very strong personal vision, his direction beautifully playing with shadows, lights (with cinematography by Pierre De Villiers) and sound design to create a strange and hypnotic reality, juxtaposed with a very naturalist contemporary history.

Introduced by a storyteller narrator and lesiba player (Jerry Mofokeng Wa Makheta) who brings an intemporal and magical air to the film (“I’ve seen the dead bury their dead. Children, come sit around me”), the tale centres on the character of Mantoa (the exceptional Mary Twala Mhlongo), an old woman heartbroken about the death of her son in the south-African goldmines, another death in addition to those of her husband, her daughter and her grandson. Wishing only for her own demise, this woman who we soon learn is the healer of the village (and thus, informally, the third local authority after the chief and the priest), learns that all the inhabitants are to be moved to the city because their village will soon be flooded and a dam will be built (an event inspired by the very real Lesotho Highlands Water Project aimed at bringing drinking water to South Africa).

Mantoa revolts in the name of her ancestors and out of respect for their graves, awakening and bringing together the other people opposed to the project (“We want to stay on our land. We ask the workers of the government to cease their activity and to leave our village”), but triggering the hostility of those in favour (“technically, this is the king’s land, it was only lent to us”, “the times are changing”, “we have to adapt”) against this woman who has only one thing on her mind: to dig her own grave and finally die…

Modernity and nature, life and death, spiritual traditions and materialism, History and current news, rural community and urban exodus, “occultism” and Christianty: This Is Not a Burial, It’s a Resurrection touches on a great many topics worthy of interest. But what the film reveals most of all is a demanding artist (one who, therefore, sometimes requires the patience of the viewer, and their open-mindedness always), endowed with a singular and fascinating voice, who knows how to brilliantly flirt with the border between the real and the invisible or the unspeakable. Lemohang Jeremiah Mosese is undoubtedly a talent with great potential and we will be on the lookout for the evolution of his new project, Victoria Falls, selected last year at the Cannes Cinéfondation Atelier.

Produced by Urucu Media (South Africa) with the Venice Biennale (Italy), This Is Not a Burial, It's a Resurrection is sold by Parisian company Memento Films International.

more about: This Is Not a Burial, It's a Resurrection

Projects from Argentina, Ecuador, Italy and the USA are set for the showcase, with this year also seeing a Biennale College film submitted for the Oscars, This Is Not a Burial, It’s a Resurrection

It’s a wrap for the Reykjavik International Film Festival

This year’s hybrid edition saw the triumph of Lemohang Jeremiah Mosese’s This Is Not a Burial, It's a Resurrection, winner of the prestigious Golden Puffin

Shining bright on the French sales agent’s Berlinale line-up are My Salinger Year as the festival’s opening film and Persian Lessons as a gala screening, as well as the upcoming Asghar Farhadi movie

On a night when 28 feature-film awards were handed out, the gathering also announced the appointment of British-born Tabitha Jackson to the role of festival director

Lemohang Jeremiah Mosese’s first fiction feature is an inspired and bewitching work on the border between realism and myth, ethnography and onirism 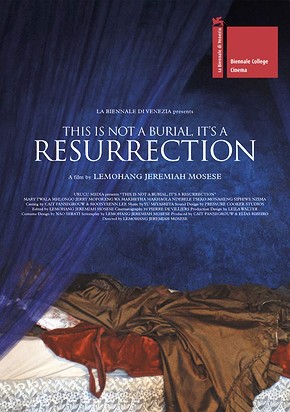 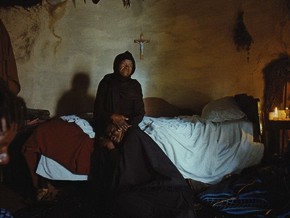