Comfortably seated somewhere between documentary and fiction, Vincent Boy Kars’ Drama Girl [+see also:
trailer
film profile] – chosen to compete in the Tiger Competition at International Film Festival Rotterdam – is as awkward as it is touching sometimes, starting with the main concept, which is frankly rather bonkers: twenty-something Leyla (Leyla de Muynck) deciding to first share crucial moments from her life with the director, and then agreeing to recreate them in front of the camera. They have help from some perfect strangers standing in for her parents or an ex-boyfriend, playing out important past interactions that left her with a desperate need for closure. Or simply confused and heart-broken.

If such a brief synopsis sounds like someone’s therapy session committed to screen, it’s not that far off – although the recent La Belle Époque [+see also:
film review
trailer
interview: Nicolas Bedos
film profile] also springs to mind, with an unhappy Daniel Auteuil paying good money to go back to the 1970s to live out meeting his estranged wife for the very first time. Again. But this time, instead of sticking to the not-so-glorious past, there is some leeway for creation. “You will play the leading role in my film about your life,” Leyla is informed by the filmmaker (who, save for one moment, always remains unseen), a revelation met with nervous laughter and some excessive lip biting. The oddness of such a situation is palpable and is frequently addressed here, with the refrain of “It’s a bit strange, isn’t it?” serving as an easy icebreaker. But the fact that it’s just so damn hard also makes it easier to swallow somehow, bringing some playfulness to what could otherwise be seen as an extremely calculated exercise.

In keeping with this direction, any suspicions of emotional exploitation are addressed early on, too, with Kars smart enough to get Leyla to clearly express her consent. And while some of their interactions make him sound slightly superior or just plain mean, with Leyla forced to answer his questions like a nervous student called out by her teacher, he has truly struck gold with his leading lady. Extremely watchable and almost unbearably transparent, prone to blushing and yet starting to take more initiative as the project progresses, after a while you start to believe that she is in it to help herself, first and foremost. Even though some of her issues can’t help but rub off on any viewer who has ever had a parent or a relationship.

The moments that are “recreated” here are not always that obvious: there is a dramatic exchange leading to a break-up, of course, but also a brief conversation with the late, absent-minded father, whose biggest flaw seemed to lie in the realisation that he simply couldn’t listen – or, as she puts it while giving pointers to the actor who plays him, “listens but doesn’t respond”. Things like this are actually interesting, unlike the constant reminders that the project’s intention is to figure out “where the boundary lies between acting and being real”, superfluous and student project-like, with a message spelled out so loud you might as well go and discuss it with the rest of the class. Luckily, for the most part, the awkwardness of Drama Girl actually works in its favour. You go, girl.

Drama Girl was produced by Olivia Sophie van Leeuwen for HALAL, which is also handling its sales. 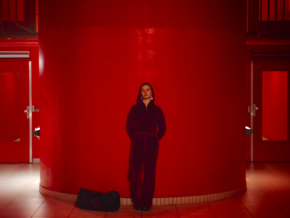 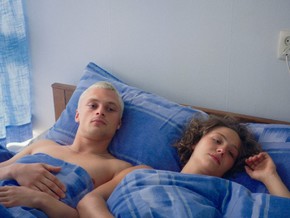