28/01/2020 - Hungarian filmmaker Ágnes Kocsis returns with a unique, extremely ambitious and formally accomplished film about the tough topic of loneliness in the modern world

Art and commerce do not always go together well, even less so in times where filmmakers use speed, big effects of narrative and impactful sounds or images in the hopes of keeping their most volatile viewers interested. With Eden [+see also:
trailer
film profile], which had its international premiere in the Voices programme and in the Big Screen competition of the 48th International Film Festival Rotterdam (IFFR), Hungarian filmmaker Ágnes Kocsis clearly marks herself in the category of those opposed to the “entertainment” steamroller, in the same vein as her two previous films discovered in Cannes (Fresh Air [+see also:
film review
trailer
film profile] in Critics’ Week 2006 and Adrienn Pál [+see also:
film review
trailer
interview: Agnes Kocsis, director of P…
film profile] in Un Certain Regard in 2010). That is for the best, even if what is a demanding position for the filmmaker is just as challenging for the audience.

The director does not simply tackle a difficult topic : extremely allergic to chemicals, air pollution, radio waves and electromagnetic fields, a woman lives as a recluse, a guinea pig for science who is also evaluated by a psychiatrist. She also treats it with the exact length of time necessary to its inherently slow development — the links that forms and break during intense psychotherapy would not be very believable if shown in a sped-up rhythm. A very strange scientific/ecological/romantic film thus progressively takes shape against the background of omnipresent loneliness and broken communication.

“The entire world seems so far away, it gives me vertigo. Everything hurts, all the time.” In her ascetic appartment, in contact with the outside world only through her devoted and tense brother Gyuri (Romanian actor Lóránt Bocskor-Salló), Eva (Croatian actress Lana Baric) meets for the first time András (Belgian actor Daan Stuyven), the psychiatrist charged with writing up a report about (and against) her for a trial. Profoundly ill for seven years, Eva only goes outside (protected from the atmosphere by a spacesuit) to do violent tests at the clinic (“like a guinea pig. Maybe they’ll display me in a window”).

Cruelly lacking physical contact and human interaction, she suffers from depression, severe anxiety and panic attacks which may be the cause of those allergy crises that put her life in danger. Throughout his visits and with a trip to a research centre in the desert (supposedly free of allergens), András tries to make up his mind. Leading the solitary life of a divorced man (father of a little girl he struggles to reconnect to), he progressively grows fond of Eva, who slowly regains a taste for life…

Formally brilliant (elegant direction, perfect cinematography, set and sound design), punctuated with a few particularly strinking sequences (the desert, the walks through the city in the spacesuit) and rich in discrete details, Eden is a gem that nevertheless remains rather dry, with a script (written by Ágnes Kocsis together with Ivo Briedis, Gábor Németh and Andrea Roberti) purposefully moving at a snail’s pace. A rhythm which might throw some in a near state of catalepsy, but which nevertheless deserves all the respect of afficionados fond of real artists.

Febiofest Bratislava goes ahead with an on-site event

The festival, unspooling from 30 September-4 October, will serve as a launchpad for several domestic productions having their local theatrical premieres

Hungarian filmmaker Ágnes Kocsis returns with a unique, extremely ambitious and formally accomplished film about the tough topic of loneliness in the modern world 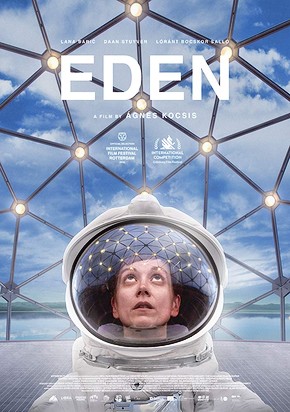 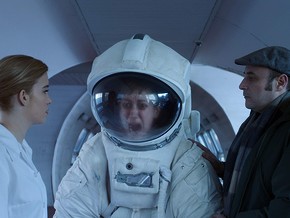 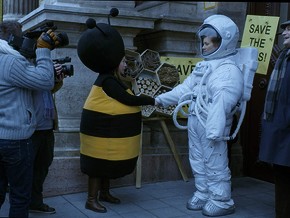 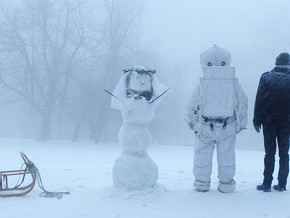 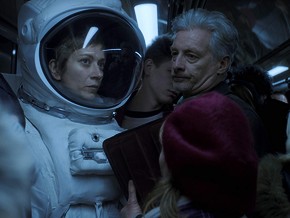 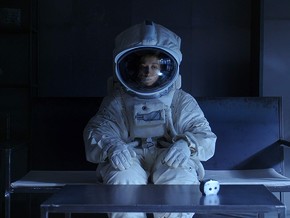 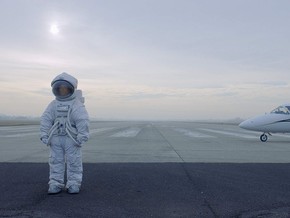 M Night Shyamalan to head the jury of the 72nd Berlinale