Presented in a world premiere at the Solothurn Film Festival 2020 and battling it out for the Prix de Soleure, Who’s Afraid of Alice Miller? [+see also:
trailer
film profile] by Daniel Howald is a complex, labyrinthine film, hiding truths which are difficult to grasp. The life lived by Martin, the film’s protagonist, is like a treasure hunt, cruel and gruelling, as he searches for a truth to give meaning to it all.

Part detective film, part psychological drama, Who’s Afraid of Alice Miller? tells the story of Martin Miller, the son of the famous pedagogue and child psychologist Alice Miller who spent her life fighting for children’s rights. Opposed to corporal punishment - a stance which saw her debating the issue with such figures as Tony Blair and the Pope - and a staunch supporter of dialogue and frank communication of one’s feelings from a very early age, in reality, Alice Miller hides an unbelievable secret. And Martin, her only child, now upwards of seventy years old, is the one who reveals this secret to the world: first, by way of a book, and now as the protagonist of a film which tells his story. From a very young age, Martin was rejected and treated very coldly by his well-known mother. And, as if that weren’t enough, his sociologist father subjected him to cruel physical and psychological abuse that left him frozen with fear. Both his parents - two out of a small number of Holocaust survivors - deprived him of the very love that Doctor Miller relentlessly advocated, a paradox which leaves us reeling from the start of the film.

Daniel Howald brings to the screen a prime counter example of the theories put forward by the renowned Swiss psychologist of Polish origins, “the drama of the gifted child” which, unbelievably, her son personifies. He, too, a psychotherapist, Martin sets off - following the death of his mother - in search of the roots of this evil (his own, as well as his parents’): the Holocaust, which had lived silently among them from the outset, guiding his father’s hand and depriving him of his mother’s embrace. As tall as a mountain, though seemingly on the verge of collapse, Martin leaves in order to discover his roots, which takes him from the US all the way to Poland (his parents’ homeland) in the company of his aunt Irenka, a minuscule yet wise and intelligent woman. In a certain sense, their striking difference in height reflects the various paradoxes uncovered in the tale being told.

Who’s Afraid of Alice Miller? seems to edge ever closer towards a truth which, at the very last minute, somehow manages to escape us: who is Alice Miller, really? What do her many identities and lives (that of a rebellious girl, of a Jew in hiding, of a frosty mother) truly conceal? But above all, who really is Martin’s father Andreas Miller? Whilst at the end of what feels like a veritable detective film, we feel we can associate Andreas’ unhealthy behaviour with that of a presumed Nazi collaborator, ultimately our theory collapses like a house of cards. It’s an impossible unmasking process, which teaches us that research - especially in psychotherapy - is so much more important than the evidence it produces. A product of two psyches bruised by the horrors of war, Martin realises his life is composed of paradoxes which go beyond human comprehension.

The film keeps us constantly on the edge of our seats, but it doesn’t gloat over our inevitable indignation. It’s an exploration of the human psyche, which asks more questions than it answers.

Who’s Afraid of Alice Miller? is produced by Basel-based firm SwissDok, who are also in charge of international sales, alongside SRF Schweizer Radio und Fernsehen and SRG SSR.

more about: Who's Afraid of Alice Miller? 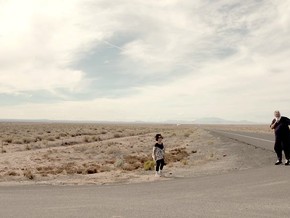 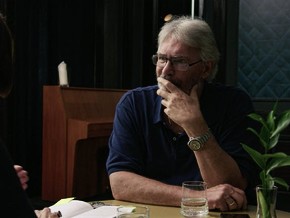 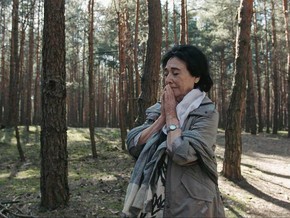