Ruins can be found everywhere in Zeina Durra's touching drama Luxor [+see also:
trailer
interview: Zeina Durra
film profile], playing in the World Cinema Dramatic Competition at Sundance. There are the ancient buildings and Egyptian monuments that have made Luxor one of the top tourist destinations in the world. But those ruins, by and large, bring joy to many, not pain. The backdrop is merely the physical manifestation of what the British director is really interested in – the ruins of the heart and mind.

Luxor centres on an evocative performance by the impressive Andrea Riseborough. She plays Hana, a doctor taking a break from the hardships of working in warzones, by going to a city that was once a place of joy for her. Hana's currently debating whether she should go to Yemen, having just returned from the Jordanian-Syrian border. No wonder sleeping with a brash, crass American, whom she has just met at the bar of the famed Winter Palace Hotel, seems like a good option. Even as Durra quickly establishes a melancholic tone and a rhythmic pace to match the tide of the Nile, she lets us know that there is also laughter to be had. There's the obvious humour found in a misguided sexual encounter, but more intriguing is the delicate look at the spirituality sold to – or searched for by – the tourists who are so vital to keeping the city alive. It's almost a cliché to say it, yet impossible to disguise: it's a film where the location is one of the most important characters.

A chance encounter on a boat brings up more feelings. It's a little clunky when Hana bumps into her old flame, archaeologist Sultan (Karim Saleh). Hana appears surprised, but there is an ambiguity surrounding all of her actions: did she come back for him? It's a question that is never pointedly answered but comes back into focus when it becomes apparent that they are friends on Facebook. Did she really not look him up before coming? Durra doesn't fall into the trap of making things too clear. The director seems fully aware that the strength of Luxor comes from the ambiguity and trying to work Hana out, just as she is trying to work things out for herself. There are little signs of her former, fun self, such as a display of her flexibility in a bar and re-enacting old conversations with Sultan in a retro hotel telephone booth.

Sultan is almost a blank canvas. It's because of this that Hana has space to discover her own personality and thoughts, but whether he is actually the right guy for her becomes questionable when his attention gets turned so easily by a pretty girl on a bike. Durra leaves it open for the audience to make up their own minds.

As with her debut film, The Imperialists are Still Alive!, Durra's dialogue tries to reflect the reality of middle-class lives, and also the search for deeper meaning in life. Egyptologist Salima Ikram has a notable cameo, and the musings of tour guides are all present and correct. There is also a great soundtrack pushing the action along. But where Luxor powers through most effectively is in its desire to show that the only person who can "save" Hana is herself.

Luxor is an Egyptian-UAE-UK production staged by Film Clinic, Front Row Filmed Entertainment, Film Factory and Shoebox Films. Its international sales are handled by Paris-based Totem Films. The US sales are by CAA.

“It's as if this film wanted to be made”

We chatted to Zeina Durra about her Sundance-screened second film, the Andrea Riseborough starrer Luxor

The French sales agent’s line-up encompasses 11 titles, with 3 market premieres, including the German production helmed by Israel’s Shirel Peleg, a rom-com about a culture clash 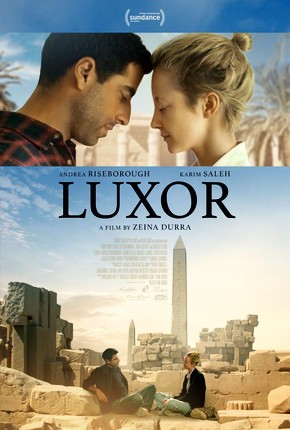 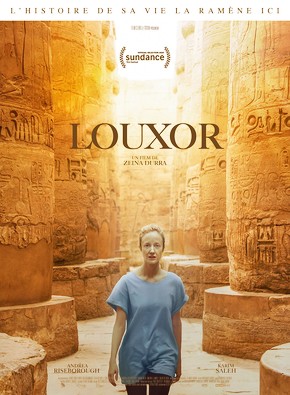 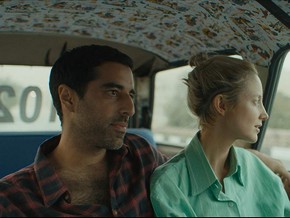 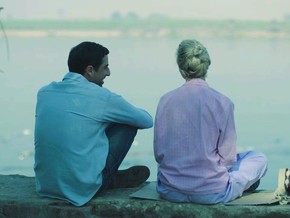 Fisnik Maxville • Director of The Land Within

We sat down with the Kosovar helmer, whose debut feature follows a young man returning to his native village to take part in the exhumation of a mass grave