30/01/2020 - Mladen Kovačević paints a fascinating portrait of the city of Yiwu in China, which produces over two-thirds of the world’s Christmas decorations

The city of Yiwu in Zhejiang province, China, is home to more than 600 factories that produce over two-thirds of the world’s Christmas decorations, and this is the topic – or, rather, the setting – of the latest documentary by Serbian director Mladen Kovačević (4 Years in 10 Minutes [+see also:
film review
trailer
film profile]). Merry Christmas, Yiwu [+see also:
trailer
interview: Mladen Kovačević
film profile], which has just world-premiered in IFFR's Bright Future section, is a slow-burning observation of everyday life and work in Yiwu.

Split into a sort of chapter-like structure, with each of the six parts marked by short dialogues between two people written on the screen in Chinese, the film opens with two young girls hand-painting silvery-grey decorations, before the camera moves to a man working a machine that produces bundles of colourful aluminium balls. These bundles are then packed in another room, by two women who remark that a lot of them are dented.

In another scene, the owner and the manager of one of the factories talk about the sheer volume of orders, and agree that the workers will be under a lot of pressure. "They will have to work a lot, but not at the expense of their health," says the owner. This marks a striking contrast to the sweatshops of Western-owned companies, although the labourers in Yiwu do work in harsh conditions: they start shipping the orders in October, so summer is the busiest time, when temperatures often exceed 40 degrees. A lot of them hail from the countryside, and they often sleep in cluttered dormitories with plain electric fans for air conditioning.

In other chapters, Kovačević follows conversations that take place around a family dinner table – as most of these factories are family businesses – or a phone call between friends about one of them breaking up with her boyfriend. In the next scene, a young man talks to a co-worker about how he left his girlfriend. Through Jelena Maksimović's rock-solid editing, we conclude that this is the same relationship, but since Kovačević never puts these potential former lovers in the same shot, nor does he use any narrative titles to tell us their names or describe their roles, they might as well just be totally different people.

There would be no dilemma about this if Merry Christmas, Yiwu were a conventional narrative documentary, but the film's slow and steady rhythm and distanced approach tell us that these stories are not there because it's important to know concrete facts about protagonists. Instead, they are examples of a way of life and aim to show us the whole picture, rather than focusing on its individual parts.

The approach is supported by the lack of a musical soundtrack – instead, there are a couple of descriptive sequences that serve multiple purposes and involve diegetic songs. In one of these, the wife of a factory manager or owner is dancing to a propaganda video celebrating China, playing on her smartphone. And in a beautiful scene near the end, involving a traditional dragon-mask dance, Kovačević comes as close to poetry as documentaries do.

For a viewer looking to confirm or question their own ideas of what China – or Christmas decoration factories, for that matter – represents, Merry Christmas, Yiwu would be a disappointment, although some facts and a general overview of the culture can be deduced from the dialogues and settings. But for those looking for a subtle, unexpected cinematic voyage that can be a bit frustrating at times with its reduced dramatisation, never-changing rhythm and clean, widescreen cinematography by Marko Milovanović, there is a lot to be experienced.

We present an overview of the winning European projects from Agora, the Thessaloniki Documentary Festival's industry section, which was held online this year 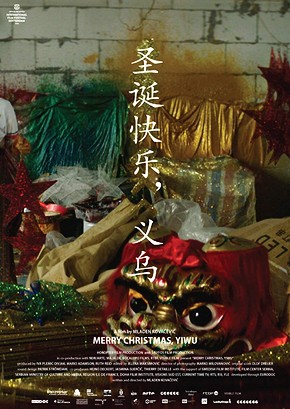 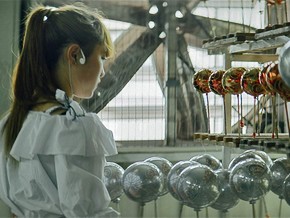 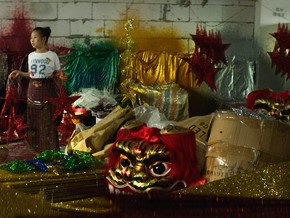 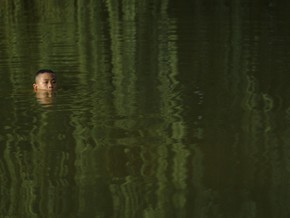 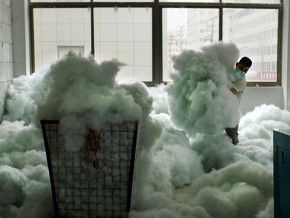 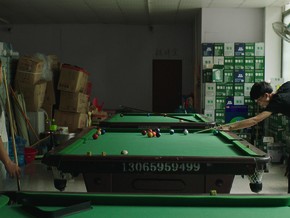