In his feature debut, Gold [+see also:
trailer
film profile], Rogier Hesp tells the story of a top gymnast called Timo, who is training with the Dutch team for the World Championships. As he practises to fine-tune his impressive routine, he has to deal with the pressure coming from his demanding father, Ward, who in his son sees the fulfilment of his own lifelong dream to win the Olympic gold. He himself was once a talented gymnast, but he had to deal with the results of an accident that paralysed his legs for life. The director has made a strong coming-of-age film, as he portrays how Timo tries to break free from the unhealthy straitjacket that was formed by his father's expectations. Gold world-premiered during the 49th International Film Festival Rotterdam (IFFR), in the Voices Limelight section.

The film commences with some extreme close-ups of protagonist Timo, played by real-life gymnast David Wristers, who is listening to a pep talk from Ward, played by Marcel Hensema. Several shots of their faces, Ward’s hands around Timo’s neck and a cacophony of heavy breathing make for an awkwardly intimate first scene. It builds up tension as it sets the tone: the closeness to the main characters allows us to get a sense of the discomfort they must feel as they inhabit their own bodies. In Timo’s case, it’s because he can’t perform to the unrealistic standard he and his father have set out, and in Ward’s case, it’s because he has lost the use of his legs. This discomfort is visualised in scenes in which Timo takes care of his disabled father by bathing him, putting him to bed and cleaning his bed after he has soiled himself. Their relationship is an unhealthy one, as we gradually learn about the many unresolved issues around their parents’ divorce. The intimacy between father and son leaves a gnawing sensation, up to the point when we realise it isn’t intimate at all; their relationship is defined by held-back feelings and emotions never shared. To say this is a film about physical performance wouldn’t even cover half of it. The psychological challenge of breaking free from patterns and learning to make your own choices is what pushes the story forward.

During his practice, Timo starts to develop feelings for his physiotherapist, Irene, played by Loes Haverkort. As Irene gives Timo a treatment, the intimacy is unmistakably relevant to what is going on in his mind. These new developments not only distract him from focusing on going for gold; he also drifts away from his father. His dad is dependent on him to an unhealthy degree, and he now leaves him to deal with his own physical limitations. At one point, Irene’s daughter Ravi asks Timo what his favourite dream is. “Winning Olympic gold,” Timo replies; “or, actually, riding on the back of my mum’s bicycle.”

As Irene also rejects him at a certain point, he reconnects with the pain his mother caused him by leaving. These unresolved issues manifest themselves in physical limitations, as if he had hit an invisible wall. Hesp manages to visually render this tension with accuracy. The unsaturated, sober tones in the images emphasise Timo’s sombre mental state, as the film’s imagery generally hints at the characters’ inner processes. It all hurtles towards a climax in which expectation, hope and desire come to a trembling resolution. The World Championship suddenly doesn’t seem to be as relevant. Right before the moment of truth, Timo has to confront his father and himself, as he finds a way to reconcile his internal opposites.

We chatted to Frank Hoeve, of the Netherlands’ BALDR Film, one of this year’s participants of the Producers on the Move initiative 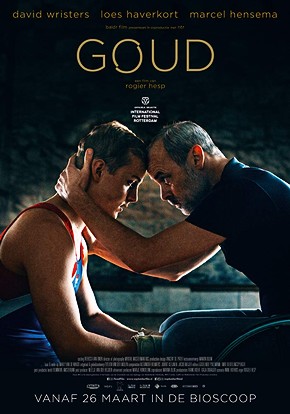 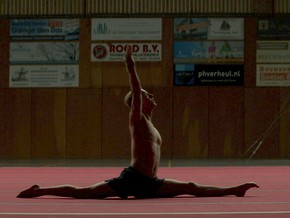 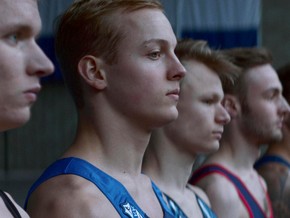 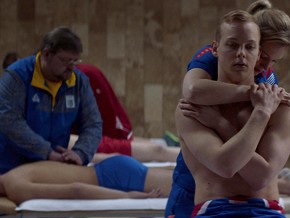 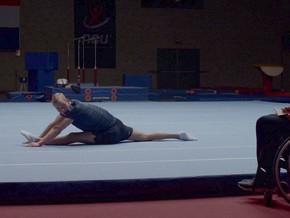