Hubert Sauper’s Epicentro [+see also:
trailer
film profile] left Sundance having won the Grand Jury Prize for Best World Cinema Documentary at the festival. It's a story about Cuba told by the people who know the Caribbean island best – its citizens. Partly, it does this by interviewing young Cubans and asking them about the history of the country, and it's hard not to be won over by their charm: they have beaming faces, large brains and idealism.

The two principal storytellers are young teenagers Leonelis Arango Salas and Annielys Pelladito Zaldivar. They are observing what's happening on the streets of Havana and they are proud Cubans who also seem to have a good knowledge of the island's history. Epicentro celebrates how Cuba has stood up to imperialism by looking at the people on the street.

The feature has a homely aesthetic quality that feels like someone has just gone around the island filming footage to put on social media, and then had the knowhow to turn it into a film using some archive footage and historical insight. There are conversations about Spanish and American invasions, the Communist Revolution, the great partnership with the Soviet Union, and also trying not to succumb to the ills of capitalism. One bearded fellow interviewed gives a great monologue about the dangers of becoming a tourist economy. Imperialist crusader Christopher Columbus famously described Cuba as paradise, and even after centuries of human efforts to tarnish the island, it remains so. All of these stories are told in a naturalistic fashion, and most importantly, it all feels honest. It's not trying to preach an educational message or make political headway. It shows, rather than tells, what's happening.

Of course, to create such a sensibility takes excellent filmmaking nous. Sitting behind the camera as both cinematographer and director is Sauper, the acclaimed Austrian filmmaker behind the Oscar-nominated environmental masterwork Darwin's Nightmare and the excellent look at the Rwandan Civil War Kisangani Diary. His documentary on South Sudan, We Come as Friends [+see also:
trailer
film profile], won the Bravery Award at Sundance in 2014.

Epicentro is far more upbeat than those films, as Sauper shows he's a director who takes his lead from the comportment of his subjects. And these kids are superstars. The feature also celebrates Cuba's love of the movies, even when it decries the use of audiovisual images for propaganda purposes. There are lots of good shots of kids watching Charlie Chaplin, which is a way of introducing the legendary filmmaker's granddaughter, Oona Castilla Chaplin, who teaches acting to kids on the island. One acting lesson plays with audience perception and cinema tropes concerning how poor people treat each other. The title of the film is a reference to Cuba being the geographical centre of the Americas. Sauper cleverly demands that we look again at the island and at the principles of the people, and implores us not to believe the propaganda that is everywhere, because when people stand up to great power, something beautiful happens. 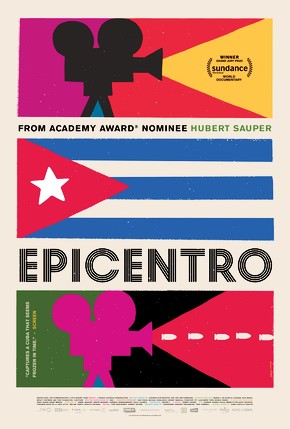 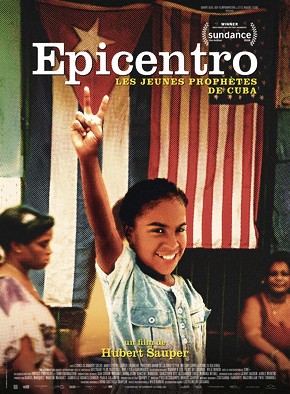