05/02/2020 - Following on from La Sociologue et l’ourson, Étienne Chaillou and Mathias Théry put their names to a subtle documentary on the far-right, via the portrait of a young activist

"He was a 20-year-old boy with a huge body and a powerful neck, out of which rose a round, shaven head." Generally speaking, when the subject of the far-right is tackled on screen, there’s not much room for shades of grey: we worry (and rightly so), we attack, we take offense, we denounce. But when it’s a question of explaining how citizens “like any others” find themselves swept away by the movement, we still struggle to set aside our own ideological convictions, losing ourselves all too easily in sociological or economic analyses, opening ourselves up to the trap of caricature and conveniently offering up on a platter whosoever we’d like to victimise. So many pitfalls, which have all been sidestepped with great delicacy by the documentary The Tie [+see also:
trailer
film profile] by Étienne Chaillou and Mathias Théry (a duo nominated at the 2016 Lumières Awards for La Sociologue et l’ourson), released in French cinemas today by Nour Films.

Indeed, it’s in the wake of Bastien Régnier - a young man from Picardy, recently promoted to the role of constituency secretary for the National Front in Amiens, just a few months ahead of the 2017 presidential election - that the two directors’ calmly observant camera follows. Highly patriotic and a huge fan of Marine Le Pen (whose poster decorates his bedroom wall), this son of a building contractor studied his way to university and is "deemed worthy of entering the fray so as to ensure the party’s music is heard”, this by a hierarchy who are “impressed by his rhetorical abilities and boundless loyalty", especially his local boss, ambitious regional advisor Éric. Manning the Laser Quest desk (a fictional war game that he loves to the point of having founded a national federation) of a leisure centre - having previously been removed from a role in a research department as a result of his political opinions - zealous and friendly Bastien gradually reveals his true character as the documentary, but also the presidential campaign unfolds, the latter ending with the far-right candidate’s elimination in the second round when faced with Emmanuel Macron. And this portrait of a young man comes to reveal both the present reality of a party as seen from the inside, and one particular individual’s highly problematic past…

Taking the form of an initiatory novel which is read aloud by one of the filmmakers in a voice-over style, and then re-read, commented upon and discussed, facing the camera and at regular intervals, by the protagonist whom the film otherwise follows in his daily life as a supporter, The Tie is divided into five parts ("The Beginning of the Campaign", "Suited", "Demons", "The Flame" and "On the Threshold of Power"), very delicately bringing to light psychological factors which are key to Bastien’s existence (the search for respectability, the dissimulation of errors from his earlier days). It’s an intimate mirror, in which the young man embarks upon a process of deep introspection and, ultimately, hopes for self-transformation, and which treads gently and intelligently to shine a light on the inner workings of the National Front (the ambitions of one or other character, communications and de-demonisation strategies, the many sides of the party doctrine, the settling of scores, etc.). Very well led on the narrative front (notably enhanced by a high quality literary text) by Étienne Chaillou and Mathias Théry (who are co-signing the film’s direction, screenplay, photography and editing), it’s an examination which unfolds amidst a seeming simplicity where the microcosm reflects the macrocosm. It offers the viewer plenty of room for information, interpretation and reflection, moving beyond pre-conceived ideas to ultimately set up show at the very point between the two poles where Bastien is wavering ("in spite of it all, deep down, I think I’m a good person, I hope so anyway", "does that make me an arsehole?").

Produced by Quark Productions, The Tie is sold by Nour Films.

more about: The Tie

Following on from La Sociologue et l’ourson, Étienne Chaillou and Mathias Théry put their names to a subtle documentary on the far-right, via the portrait of a young activist 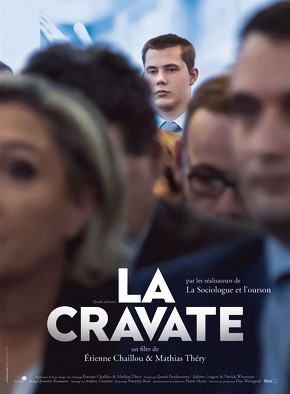 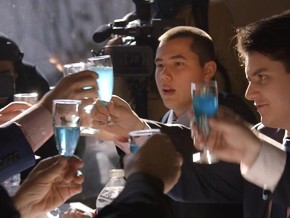 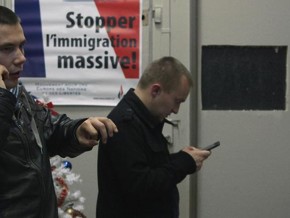 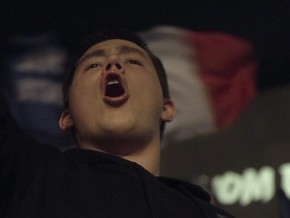 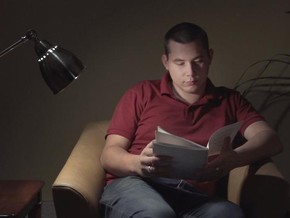 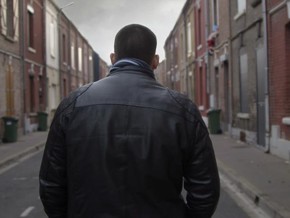