Unlikely friendships are a mainstay of cinema. For example, how many movies are there where cops befriend criminals, or a prisoner is attracted to his captor? And that’s not to mention The Breakfast Club. Benjamin Ree’s The Painter and the Thief [+see also:
interview: Benjamin Ree
film profile] is not only a great title, but it’s also now an award-winning film about two friends who should be worlds apart. It picked up the Special Jury Prize for Creative Storytelling at the Sundance Film Festival, where it played in the World Cinema Documentary Competition, before landing in the Bright Future section of International Film Festival Rotterdam.

It starts like any self-respecting heist movie – with an outrageous theft. Two paintings were stolen from the Gallery Nobel in Oslo in 2015. Director Ree emphasises the professional nature of the job: the thieves didn’t just do a smash-and-grab; they carefully took out the many screws holding the canvas to the frame, which the movie claims would have taken a professional tradesperson an hour to do. The sense that this is a job to order is heightened by the revelation that both paintings are by Oslo-based artist Barbora Kysilkova. So far, so Oceans 11.

Then things start to turn a little bit odd. One of the thieves was soon captured and claimed he had no idea what he did with the stolen painting, saying he had been in a drug-fuelled stupor on the night of the theft and did not remember much. Kysilkova, wanting answers and her paintings back, attends his trial. During a break in proceedings, she asks him: “I wonder if I could paint you?”

Ree, who previously made a documentary about the best chess player of all time, Magnus Carlsen, heard about this story and contacted the artist. The genesis of the story is told with a mix of voiceover, painting, surveillance videos and footage of the locations. The director uses inventive narrative techniques to move the story backwards and forwards in time, which can occasionally feel like he’s imposing the story, rather than it being organic. Is anything real in the art world? The fact that this manipulation is unimportant is down to the theft being the least exciting part of this tale. The courtroom drama doesn’t even get given the courtesy of a verdict. The way the movie flits over information can at times be frustrating for the viewer and create a disjointed feeling for those less interested in character study and looking for a plot.

The painter, Kysilkova, and the thief, Karl-Bertil Nordland, are curiosities. Ree starts to capture them on camera after the fourth time they meet and watches on as they connect. What’s interesting is how they are both self-destructive, and this gives them empathy for each other. The Czech-born artist has complicated relationships in her closet and an intriguing husband. Meanwhile, Nordland is like a puppy in the body of a pit bull. His tears at seeing his portrait painted for the first time, and the art collection, even have us wondering whether the greatest hoax is at the expense of the audience.

The Painter and the Thief is a Medieoperatørene (Norway) presentation, co-produced by VGTV, with support from the Norwegian Film Institute. Its international sales are handled by Autlook Films.

more about: The Painter and the Thief

Interview: Benjamin Ree • Director of The Painter and the Thief

Norwegian director Benjamin Ree talks to us about his documentary playing at the Norwegian International Film Festival in Haugesund, The Painter and the Thief, which is based on an unusual news item

“Since day one, we didn’t want to be just one more dot on the industry map; we wanted to invest mainly in audience development”

We talked to Artur Liebhart about this year’s edition of Millennium Docs Against Gravity, taking place across several cities in Poland

Coming on the heels of various films supported by the streaming platform, Doctor Portuondo, directed by Carlo Padial, will be the first series to bear the “Filmin original” hallmark 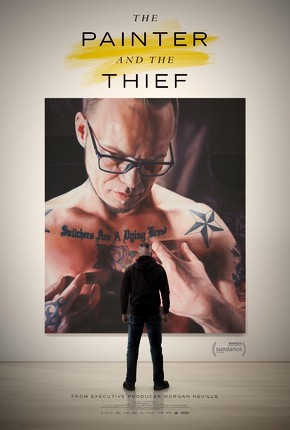 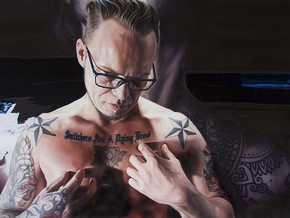 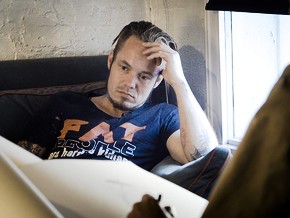 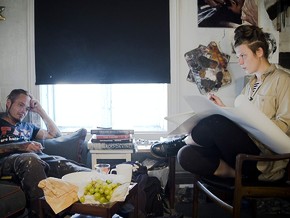