13/02/2020 - Gabriele Muccino homes in once again on his beloved middle-class characters, confirming his filmmaking skill and directorial prowess with a story about love and friendship over the course of 40 years

Throughout adolescence and the adult years of their lives, four friends lose touch with one another, then reunite, love one another and then lose one another, only to come back together once again. With The Best Years [+see also:
trailer
film profile], Gabriele Muccino is again fixing his gaze on his beloved middle-class characters, following them over the course of 40 years, from 1980 to the present day, recounting their ups and downs in league with major events in Italian and international History, the latter with a capital H: the end of the Italian “Years of Lead”, the fall of the Berlin Wall, the time of the Mani pulite investigation into political corruption, the 9/11 Twin Tower terrorist attacks, the rise of Italy’s political 5 Star Movement... The film tips its hat to We All Loved Each Other So Much, Ettore Scola’s 1974 masterpiece which covered 30 years of Italian history and which, for its part, in Chinese box style, paid tribute to the films of Antonio, Fellini, Rossellini and Resnais.

The film revolves around three male characters – Giulio, Paolo and Riccardo (Pierfrancesco Favino, Kim Rossi Stuart and Claudio Santamaria, together once again, 15 years after Romanzo criminale [+see also:
film review
trailer
interview: Michele Placido
film profile]) – and one woman – Gemma (Micaela Ramazzotti) – who are bound by love and friendship, but who are also marked by their individual trajectories. We see them at 16 years old (played by Francesco Centorame, Andrea Pittorino, Matteo De Buono and Alma Noce), fighting their corner during the violent scuffles which break out in town squares between students and the police. Struck by a bullet and narrowly avoiding death, Riccardo is nicknamed Survivor. A dreamer with hippy parents who scrapes a living through precarious jobs (an actor and a film journalist!), he embarks upon an ill-conceived marriage with Anna (singer Emma Marrone), who will eventually leave him, taking his child with her. Orphaned Gemma is the Cinderella of the story who makes all the boys swoon. She’s the woman whom Paolo and Giulio both love, with the two fighting over her at various points in the film. Fragile and borderline self-destructive, she’s desperate to live a happy life. Paolo, a committed idealist, will become a Professor of Latin and Literature devoid of any ambition, suffocated by his relationship with his mother. And Giulio, born into a humble family, becomes a brilliant lawyer who defends the rights of the weak, before ultimately succumbing to the lure of money and social status. But despite these “tattered souls, the things that make us happy still surround us”, as Claudio Baglioni’s hitherto unreleased song reassures us during the final credit roll.

A confirmation of Muccino’s filmmaking prowess and his outstanding skill in directing actors, The Best Years won’t disappoint his loyal public, not least for the cast’s excellent performance. And this despite the endless excitement and mum-focused scenes flooding the film - which are actually the director’s speciality -, not to mention a few gushing moments and pretentious metaphors (a love of birds used to symbolise freedom, the journey in the Mercedes-Benz SL 450), and an overly “male” screenplay (penned alongside Paolo Costella) which oversimplifies and trivialises the character of Gemma. Happily, the command the director has over the scenic space and the originality of the film’s framing and camera movements ultimately result in some highly affecting sequence shots and several unforgettable scenes; namely the sequence where we see Gemma running up the stairs, effectively retracing the timeline of her life.

Equipped with a budget of €8m, The Best Years is produced by the Leone Film Group subsidiary Lotus, alongside Rai Cinema and in association with 3 Marys Entertainment. International sales are in the hands of French firm Elle Driver, with the film set to be released in Italian cinemas today, 13 February, on the eve of Valentine’s Day, courtesy of 01.

more about: The Best Years

Movie theatres will be awarded 10,000 euros a piece, as well as a contribution towards their loss in earnings, by way of a new government provision

Everything's Gonna Be Alright by Francesco Bruni enters into post-production

Shooting is under way on Gabriele Muccino’s The Best Years 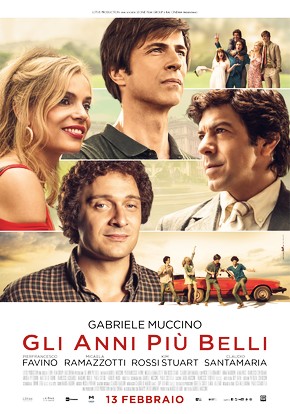 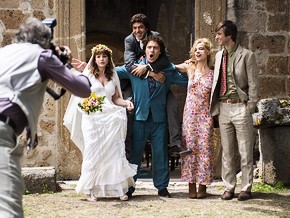 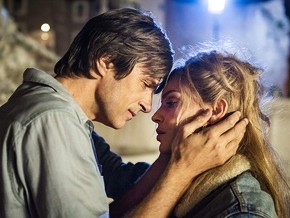