It is the hottest summer on record in Berlin, and 14-year-old Nora (Lena Urzendowsky) is hanging out with her slightly older sister Jule (Anna Lena Klenke) and her best friend Aylin (Elina Vildanova). They run around the Kottbusser Tor district playing stupid pranks, smoke joints on a rooftop, talk about boys and gossip about girls, never once looking away from their smartphones.

During a silly and somewhat hazardous game in a friend's apartment, Nora's finger gets broken, which means she is not able to go on a canoeing excursion with her own class, and so ends up in Jule's. Of course, the big sister warns our hero not to embarrass her, but naturally this will be a tall order for the shy, awkward girl. In gym class, she gets her first period, soaking her jeans through just as the teacher sends her to the balance beam – a proper catwalk of shame.

When Nora panics and tries to clean herself off in the bathroom, an older girl offers to give her a hand. The fact that at least one of these cruel, older kids is showing compassion already makes Nora warm to this free-spirited, apparently carefree tomboy named Romy (Jella Haase).

At home, which looks decent enough even though they have to share a room, Nora and Jule have an alcoholic mother and are practically left to fend for themselves. When Jule brings home a baby simulator from school – an action that adds an unexpected and welcome dimension to the character – she does so in an attempt to give her mum some responsibility.

Nora and Romy start hanging out, and it is not hard to tell where this is going, but by the end of the film, we realise this is not just a story about sexual identity. Instead, it sends a clear and very optimistic message about freedom and accepting yourself.

Krippendorf carefully chooses what to show clearly to the young target audience and what to imply, especially in building the background and mood. For instance, if you have ever imagined “the girl with the mousy hair” from David Bowie's “Life on Mars”, it was probably the exact character of Nora that you pictured. This can hardly be a coincidence, considering the renewed interest in the artist's Berlin years and with “Space Oddity” used at another inspired moment of the film in which Romy impresses our hero.

The title of the feature is quite an obvious metaphor for coming of age, but it is well supported cinematically by the dream-like scenes of Nora growing caterpillars in a jar under her bed. The cinematography by Martin Neumeyer is both solid and creative: it incorporates hand-held camerawork with just enough shakiness to evoke the elated mood of a teenager's summer, combined with a couple of Nora's reflective, horizontal smartphone videos to nail both the zeitgeist and the hero's romantic spirit, and the widening of the image (a changed aspect ratio) during the lightly erotic scene between Nora and Romy to symbolise the girl's step into a wider, brighter world.

There are a couple of scenes where we glimpse the girls' breasts, often under water, but these are very tasteful, and certainly no underage nudity is involved – Urzendowsky, Klenke, Vildanova and Haase are all over 20. But they play young teens so convincingly that maybe this caveat is not completely redundant.

Cocoon was produced by Germany's Jost Hering Filme and ZDF. Berlin-based m-appeal has the international rights. 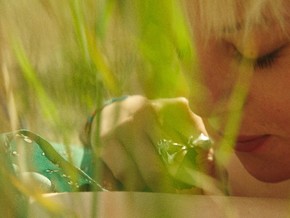 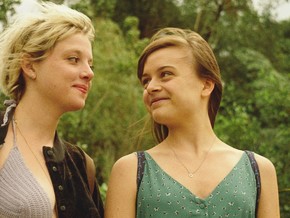 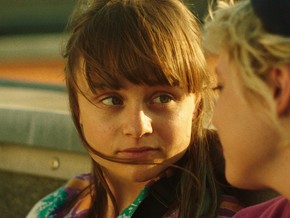 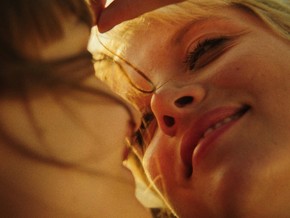 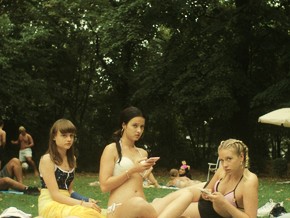