Let’s be honest, notwithstanding the personal conviction that we should all have the right and the freedom to live our true lives as fully as we see fit, we could be forgiven for thinking that the recent abundance of films revolving around the subject of transgender status, from Girl [+see also:
film review
trailer
interview: Lukas Dhont
film profile] to Coby [+see also:
film review
trailer
film profile], via Lola [+see also:
film review
trailer
interview: Laurent Micheli
film profile], had hardly lay the ground for Sébastien Lifshitz’s Little Girl [+see also:
trailer
interview: Sébastien Lifshitz
film profile] arousing huge amounts of attention, except perhaps that of curious cinephiles eager to see a documentarian of indisputable talent getting to grips with this topic. Well, that would have been a colossal error of judgement, because the film, discovered in the Panorama section of the 70th Berlinale, has proven itself to be a deeply moving and incredibly instructive work on gender dysphoria; in other words, the distress of a transgender person contending with a feeling of mismatch between her assigned sex and the gender she identifies with. A distress made even more poignant by the fact that it’s an eight year old child, a miniscule twig of a girl confronted with the world’s violent, defensive refusal to accept her difference, but thankfully supported by a united family, first and foremost a highly combative mother who overcomes her own doubts so as to put her daughter’s happiness first.

"I don’t know why it bothers people. If it wasn’t written on paper that her sex is male, who would know it?" Sasha’s mum is close to tears, veering between anger and helplessness. What she first took to be a whim ("when I grow up, I’m going to be a girl") when her child was three years old, has now, five years later, become a source of acute pain for Sasha, who is sidelined at school "by boys for being too feminine and by girls for being too feminine for a boy". Having gradually become aware (following solo research carried out in her little French provincial town) and fully accepted the situation, all the while feeling guilty over any potential responsibility for it (she longed for a boy during pregnancy) and not hiding from the fact that Sasha’s existence isn’t going to be easy, the mother clashes with the educational establishment ("I’m told that I’m the one who pushed Sasha to become a girl"; the head advises them to "get back on the right track"), with threats of social services’ involvement hanging over her head. Until one day, the girl and her mother take the train to Paris for a consultation at the specialised child and adolescent psychopathology unit of the Robert-Debré Hospital. Reassured that they’re not mad, and now in possession of a doctor’s certificate, they hope that Sasha will be able to attend school as a girl from the start of the next school year. But the fight is far from over…

Filmed in a lovely grain by the promising director of photography Paul Guilhaume, the documentary paints a very moving portrait of a little girl. It observes her with great sensitivity in the children’s games she plays and during the dance lessons she takes, whilst giving the floor to her mum - the “Mother Courage” of the story - so as to unveil the daily reality and stakes involved in this particular gender issue, which ultimately boils down to whether or not her child has the right to be happy.

Produced by French firm Agat Films & Ex Nihilo and co-produced by Danish group Fine Cut For Real with the support of Arte France, among others, Little Girl is sold worldwide by mk2 Films.

“Sasha is a modern-day heroine”

The FIFDH announces the winners of its 19th edition

Shadow Game by Eefje Blankevoort and Els Van Driel, and Byambasuren Davaa’s Veins of the World, have received the Grand Prizes of the festival

Emmanuel Mouret’s feature film walks away with the title of Best French Film of 2020, while Aurel’s Josep is named Best First Film 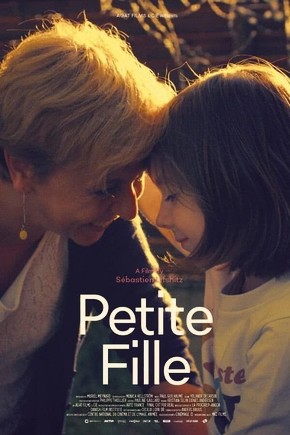 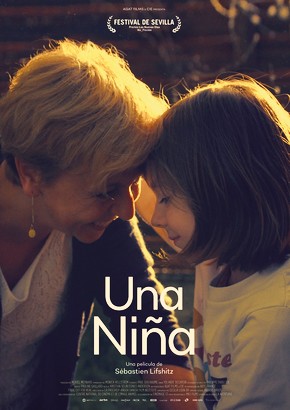