World-premiering in the 70th Berlinale’s Panorama section, Jeanette Nordahl’s first feature is a funny beast. Deceivingly compact and with a story that would only need a sentence or two to outline, Wildland [+see also:
trailer
interview: Jeanette Nordahl
film profile] is not about what you see; it’s about what you feel: a sense of growing uneasiness that makes just about every gesture or word seem utterly suspicious. Something is wrong, that much is clear, but trying to explain it would just lead nowhere – as Nordahl’s protagonist, teenager Ida (Sandra Guldberg Kampp), finds out when talking to a social worker. This is the only person who could save her, not from some unnamed outside danger, though, but from her own family, as that’s where Ida ends up after a tragic accident befalls her mother.

It’s a family that, although seemingly friendly, soon starts to show its true colours, not to mention its involvement in some shady activities – led by Sidse Babett Knudsen’s "Mummy Dearest" Bodil, channelling Kristin Scott Thomas’ ruthlessness in Only God Forgives [+see also:
film review
trailer
making of
interview: Nicolas Winding Refn
film profile], if not her crazy, platinum hair. Blessed with her own sense of what’s right and what’s wrong, Bodil is the kind of matriarch who lives by her own set of rules, and Ida’s criminal cousins, up to no good in between playing video games, already know better than to question her judgement. They are so used to following her orders that it might just as well be considered a lifestyle choice.

However Macbethian it may all sound, unlike some of her other colleagues, Nordahl doesn’t really find any romantic side to a life of crime. Maybe because these guys are simply too small-time, and too restless, to linger in some shadowy room all day, patting a cat like Vito Corleone. There is a bit of “arrested development” going on too, with the boys so far under Bodil’s control that it’s almost as if they’ve given up on the idea of growing up altogether. This is something that Ida, despite her young age, seems to be perfectly aware of, especially after they take her out and about, make her drink shots and even suggest an “I’ll show you mine if you show me yours” exchange. Meanwhile, the neglected girlfriend of one of the brothers (Carla Philip Røder) seems tragically oblivious to the family’s twisted dynamic.

While Guldberg Kampp is perfectly decent, looking even younger than Ida’s 17 years in her oversized T-shirts, she is also pretty much left to observe her new living conditions with a poker face. A more engaging, or maybe just more emotionally transparent, protagonist could have made this film more involving, as in her perennially apathetic state, she is no match for Knudsen. Then again, nobody is, with the actress gamely devouring any possible competition. With the ominous suggestion that “for some people, things go wrong before they even begin”, there are moments in Wildland that turn a bit soapish. But while not perfect, it has oodles of thick atmosphere to spare, with a darkness that can’t be hidden behind some silly “Carpe Diem” tattoos, as it has already soaked into the very walls of this family’s house. It’s not a question of whether anyone will break; it’s just a question of when.

BERLINALE 2020: In her first feature, Jeanette Nordahl cranks the tension up to 11 as Sidse Babett Knudsen steals the show

Review: Can You Hear Me? 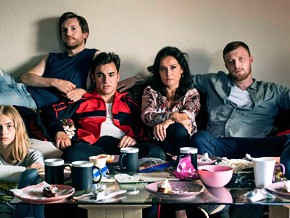 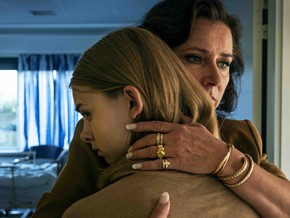 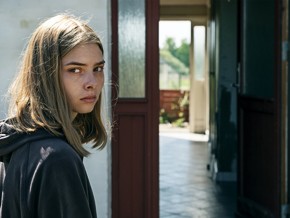 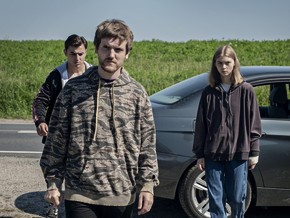 Will Lithuanian cinemas overcome the pandemic?

As part of our #EuropeansAgainstCovid19 series in collaboration with LUX Prize, head of Denmark's Øst For Paradis cinema Christensen Ditte Dafugbjerg talks to us about the current situation