Animator Mariusz Wilczyński is really something else, for many reasons. He is self-taught and something of an outsider in the local film industry. His friends call him Wilk, which in Polish means “wolf”, but he is by no means a shy loner. Standing two metres tall, he has a strong yet gentle presence and a friendly disposition. Wilczyński is almost monk-like in his dedication to his work: suffice it to say that in a 2010 interview, he mentioned that he hoped his feature-length animation, Kill It and Leave This Town [+see also:
trailer
interview: Mariusz Wilczyński
film profile], would be ready for the 2013 Berlinale. Seven years later, here it is, and it really stands out in the new Encounters competition thanks to its genre, mood, tone and emotional density.

It tells the story of a city you can never leave – your own mind. The film starts off with an image of a man smoking quietly before dawn. Outside his window, factory chimneys are puffing out smoke like crazy, too: there is an instant unity between the man and the world, and this is how the story goes – combining events and memories that Wilczyński inhaled for decades and which he now exhales through his raw, symbolic and surreal brand of animation. With his memory serving as the narrator and an invigorating guitar score by late Polish musician Tadeusz Nalepa, the story follows a few different characters, including the helmer himself, who is recognisable thanks to his iconic dreadlocks.

Kill It and Leave This Town is not just a personal voyage; it also appeals to the collective memory of people who grew up during the decline of the communist regime – a sociopolitical concept that made folks unpleasant or hostile to each other for no reason. This is what happens to forty-something Jadwiga (voiced by Krystyna Janda), who just wants to buy bread and is told by a saleswoman (Małgorzata Kożuchowska), singing a popular song, that she is too busy to sell her anything. Jadwiga knows the protocol, though – she needs to be humble and compliment the clerk until she comes around and lets her get some food. She heads to her job at the city morgue, and worries about her husband and son and whether they will make it to their summer vacation. The other important character here is Wilczyński’s elderly mother (Barbara Krafftówna), who is lying on a hospital bed while her son tries to keep up a pointless and feeble conversation. The distance between them is visible and chilling. She is fading away, but at the same time, she is still present, swirling like a wisp of smoke in the air.

Wilczyński also recalls past Polish cinema; an old man on a train speaks with the late Andrzej Wajda’s voice, and other characters are also dubbed by the legendary artist as well as by Irena Kwiatkowska, Tomasz Stańko, Daniel Olbrychski and Gustaw Holoubek. Some are dead, some are alive, and this fits in perfectly with the main concept of the film. The on-screen, illustrated world is made up of minor and major losses, and forms a kind of blue noise – a melancholia constantly buzzing in the background, which is impossible to tune out.

more about: Kill It and Leave This Town

Interview: Mariusz Wilczyński • Director of Kill It and Leave This Town

BERLINALE 2020: Cineuropa met up with Polish director Mariusz Wilczyński to discuss his animation Kill It and Leave this Town, which was part of the newly introduced Encounters section

Mariusz Wilczyński’s film, which premiered in the Berlinale’s Encounters section earlier this year, is the first animation ever to win the Polish Film Festival

Clearly not a fan of black-and-white stories, in her complex film Ilze Burkovska Jacobsen reclaims fifty shades of grey

20 feature films in competition in Annecy 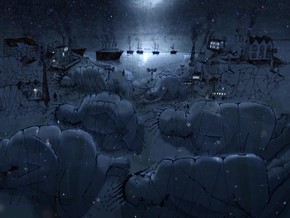 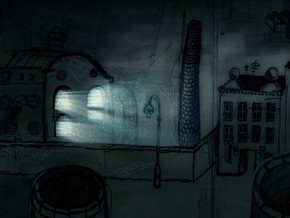 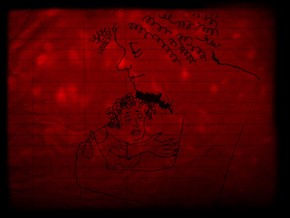 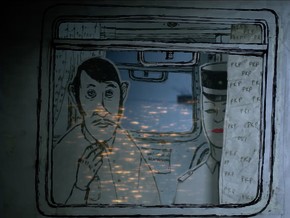 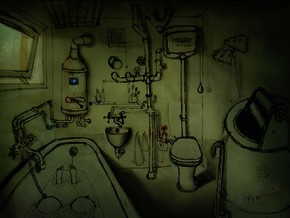