From Danes Mikael Wulff and Anders Morgenthaler, the namesakes and creators of the anarchic Wulffmorgenthaler comic strip, comes something somewhat different. Known for crossing/crushing the boundaries of most things good taste, they have now adopted a more family-orientated... ehm… sensibility. The fact that the result, Monty and the Street Party [+see also:
trailer
interview: Mikael Wulff and Anders Mor…
film profile], has been gifted its international premiere in the Generation section of the 2020 Berlinale should hint at some success with this mission.

Rest assured, also, that fan and foe alike will instantly recognise the dumpy, crabby, wacky, nasty and sly personage of the “WuMo” universe as they enter the suburban turf of our titular young hero, a lilac-haired ten-year-old rascal in very high spirits. Within minutes, he has introduced most of the residents of the block, including the Skovlykkes with their crazy quintuplets, all named Allan, the two ladies with an inordinate number of cats, the never-seen weirdo from Nakskov in number 13, the self-proclaimed neighbourhood watchdog Leon behind the hedge (“My mum says he’s a peeping pervert”), the family that engages in scream therapy, another family of probable aliens, a couple of basement neo-Nazis, two bearded nuns on stilts, and quite a lot of parkour nudists. “Welcome, and have a nice day,” Monty enthuses as he greets us.

As for his own parents, Monty’s father is a gentle, slightly naïve flower child who loves to strum on his guitar (really very poorly, at that), while his mother struggles to be the sole adult voice in the household. She’s actually jumping ship, it turns out, preparing a future with her paramour, a CrossFit trainer. Monty, given tremendous new energy by his raging fury about the situation, draws up a plan. At the annual neighbourhood street party, he will come up with an idea to ignite some romance, with the pièce de résistance being his father singing a beautiful love song to his mother – and, hey presto, problem solved! First, however, there are some practicalities to deal with, and some obstacles, too, but with some help from old and new friends (the Nakskov weirdo actually turns out to be ace), things should fall into place…

3D-animated with a Pixar-wannabe look and sporting a SpongeBob SquarePants-style protagonist, deep down, Monty and the Street Party has a classic Scandinavian feel. In Monty, we have a latter-day ally to Alfie Atkins, Madicken and other fervent little Northern heroes and heroines, taking on the world’s big and small challenges and never neglecting to have some good fun along the way. And seeing as his parents are now at least attending marriage-counselling sessions, one hopes for more mischief from the whole Monty family in the years to come. As for the musical talents of his father… Let’s just say that Yves Gourmeur’s catchy boogie/funk/disco themes are still very much to be preferred.

Monty and the Street Party was produced by Denmark’s New Creations and Zentropa Entertainments, Belgium’s Caviar Films and Zentropa Belgium, and Zentropa International Sweden, with sales by TrustNordisk.

more about: Monty and the Street Party

Interview: Mikael Wulff and Anders Morgenthaler • Directors of Monty and the Street Party

“This time around, we wanted to do something… Well, almost edifying”

The Danish firm is presenting Maria Sødahl’s autobiographical drama in Panorama and Monty and the Street Party in Generation Kplus, along with various titles getting market screenings 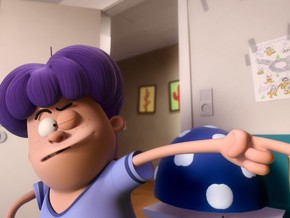 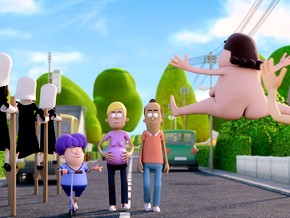 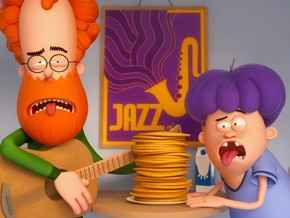