26/02/2020 - BERLINALE 2020: Irene Gutiérrez visits the Cuban jungle in a docufiction that follows three former fighters on a journey, exploring the most deep-rooted and tenacious ideologies and mindsets

Irene Gutiérrez made her feature film debut with the documentary Hotel Nueva Isla [+see also:
film review
trailer
film profile], set in an old touristic establishment and revolving around an elderly man who had made this place his home, as if a castaway from a bygone era, so as to seek out its legendary hidden treasures. With her new film Between Dog and Wolf [+see also:
trailer
interview: Irene Gutiérrez
film profile], the Spanish filmmaker is this time immersing herself in Cuba’s boundless natural spaces, turning the viewer into the fourth member of a small military group composed of three Angolan War veterans. This challenging film – in the physical, psychological and ideological sense of the word – which walks the dual paths of documentary and fiction, has been presented at the 70th Berlinale within the Forum line-up.

Gutiérrez’s work isn’t only a total immersion into the jungle with all the elements familiar to films such as Predator, Platoon or Monos [+see also:
film review
trailer
film profile], minus the special effects and their sense of the spectacular. Here, the director isn’t looking to astound the audience; instead, she stays up-close to her beloved soldiers in a natural and understated fashion, allowing their dialogue and actions to flow authentically and realistically. The director doesn’t even succumb to the facile photogenic wonder of Nature: rather, it makes its own presence felt and influences events rather than foregrounding them. A more closely affiliated film might be Francisco Marise’s To War, which is also shot in Cuba with a former soldier as its protagonist.

Trained at the San Antonio de los Baños film school, what this director does with her second feature is help us understand a certain way of being in this world: brave, constant, integral and unflinchingly faithful to an ideology. One of the guerrillas, who trains for battle incessantly between trees and rivers, is deemed to be “essential” to his country and the revolution. In reality, despite there being no shortage of doubt, light and shade, and arguments within the group, the film mostly ends up depicting a lifestyle which – as stressed by the director herself in an interview with Cineuropa – no longer exists: not many people are able to fight for their principles in such a tenacious, unmoveable and sincere fashion, faithful to a religion of which they are militants. As Gutiérrez describes them when asked about the meaning of the film’s title: "They fall somewhere in the middle, between peasants and soldiers, and sit above salvation and perdition".

Between Dog and Wolf – which opens with a scene from Cuban director José Massip’s documentary Angola: victoria de la esperanza (1976), which includes news bulletins from the ICAIC (the Cuban Institute for Cinema Art and Industry) and which closes with a song by the late and much-lamented Angolan musician Teta Lando – is an El Viaje Films (Spain), Autonauta Films (Cuba) and Blond Indian Films (Colombia) production. The Canaries agency Bendita Films Sales are heading up sales.

more about: Between Dog and Wolf

Interview: Irene Gutiérrez • Director of Between Dog and Wolf

BERLINALE 2020: Irene Gutiérrez visits the Cuban jungle in a docufiction that follows three former fighters on a journey, exploring the most deep-rooted and tenacious ideologies and mindsets

EXCLUSIVE: Trailer and poster for Between Dog and Wolf

The second feature by Irene Gutiérrez, a Spanish-Cuban-Colombian co-production, is world-premiering in the Forum section of the 70th Berlinale 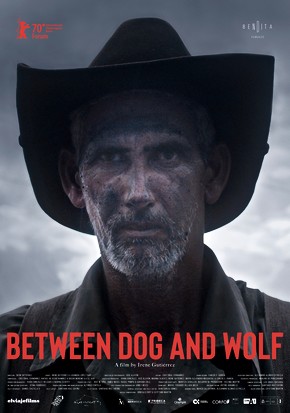 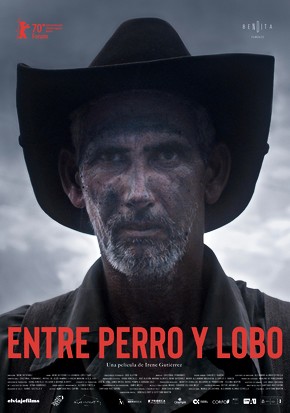 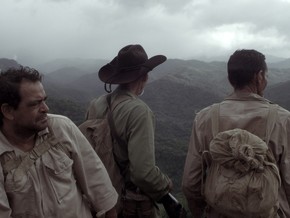 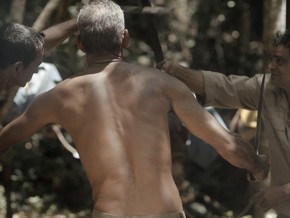 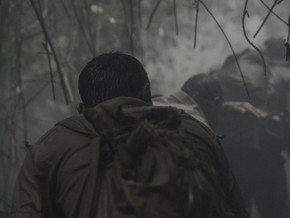