25/02/2020 - BERLINALE 2020: Virtually made to measure for Berlin’s highly political Forum, Constanze Ruhm’s feature intercuts between then and now on the subject of womankind and her actions for change

The fact that the noble art of the essay film is still very much alive and kicking is aptly evidenced in Constanze Ruhm’s The Notes of Anna Azzori/A Mirror that Travels through Time [+see also:
trailer
interview: Constanze Ruhm
film profile], screened in the 2020 Berlinale Forum. The central themes revolve around womankind, her place – as a result of structures versus out of choice – and her actions for change. She is alive and kicking, still, as well.

Ruhm, a renowned Austrian contemporary artist with a professorial chair at the Academy of Fine Arts Vienna, draws the main energy for her project from the Italian film Anna. Shot on video in 1972, this three-hour-plus cinéma vérité piece by filmmakers Alberto Grifi and Massimo Sarchielli portrays a 16-year-old homeless drug addict who is eight months pregnant, discovered by the directors in central Rome and intimately explored, possibly also exploited, throughout the movie.

Ruhm intercuts between selected scenes from Anna, commenting, contemplating and reflecting on images, sounds, words and even the glitches in the primitive technology, sometimes via freeform passages (“Death, prison, grave – I have no fear”), sometimes through more coherently articulated opinion (“this word ‘feather’ is mistakenly translated as ‘pen’ in the subtitle”).

Scenes from the Piazza Navona show women demonstrating for birth control and divorce rights. “In families, men are bourgeois, women are proletarians,” they chant. On the walls they write: “Let’s take back our right to the night.” The determined, vigorous protesters, mainly in their twenties and early thirties, show a passionate, joyful fighting spirit. “I’ve never had so much fun in my life like with feminism” reads a statement from one of them. That this highly political era coincided with the birth of Berlin’s Forum section, where this film has now had its world premiere (and where, incidentally, Anna was also screened in its day), feels virtually made to measure.

In a contemporary mirror segment called “Casting Anna”, Ruhm conducts a series of filmed auditions with young women of today, documenting their thoughts and feelings. One of them thinks that “everyone who isn’t a motherfucker should be a feminist”, while another uses Instagram as a “don’t give a shit”-type outlet for things she otherwise wouldn’t dare put out there. A third shuns “mainstream celebrity upper-class feminism”, and a fourth watches plenty of movies to see how they are made, but can’t stand the old ones in black and white. Several pursue a career in films, a handful as directors. They are the zesty bambine of the Piazza Navona protesters in Anna, which, as it happens, is in black and white. Their mission: to change the frame.

Anna, too, gave birth to a daughter, Amphe. What happened next we are not told. Anna’s IMDb page informs us of only one film to her credit, the one bearing her name. No surname is provided.

The Notes of Anna Azzori/A Mirror that Travels through Time is an Austrian-German-French co-production, staged by Constanze Ruhm herself, with sales by Austria’s sixpackfilm.

more about: The Notes of Anna Azzori / A Mirror that Travels through Time

Interview: Constanze Ruhm • Director of The Notes of Anna Azzori/A Mirror that Travels through Time

"A fresh, feminist perspective on an old art film"

BERLINALE 2020: Virtually made to measure for Berlin’s highly political Forum, Constanze Ruhm’s feature intercuts between then and now on the subject of womankind and her actions for change 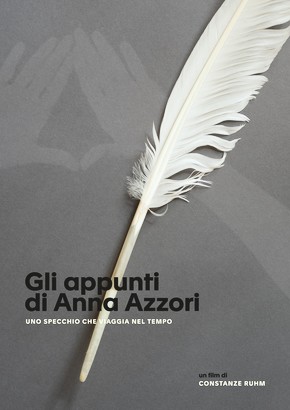 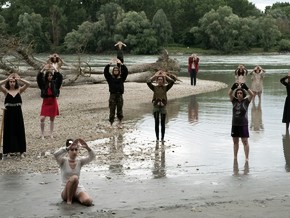 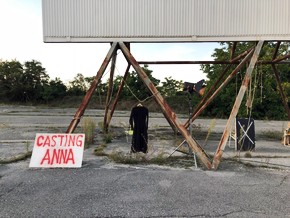