26/02/2020 - BERLINALE 2020: The fiction feature debut of documentary-maker Chiara Bellosi oscillates between the social theme of excessive self-defence and human observation of the people involved

Looks and glances are the dominant feature of Ordinary Justice [+see also:
trailer
film profile], Chiara Bellosi’s fiction feature film debut, screened in a world premiere within the Generation 14 Plus line-up of the 70th Berlinale.

The story unfolds within the space of a few hours, in the corridors of a large courthouse and the room in which a gas station attendant is on trial for having chased, shot and killed a robber who stole €2,400 worth of takings from him. Within these spaces, the eyes of the pump attendant Viale (Nicola Rignanese), the young thief who survived the incident Magia (Giovanni Anzaldo), the latter’s wife Angelina (Daphne Scoccia) and the pump attendant’s teenage daughter Domenica (Sarah Short) all meet. These are looks crammed full of tension, anger and discomfort, as is the case for Domenica, who would rather be anywhere than here, yearning for the normality that this dramatic moment in time, spent close by her father, certainly cannot offer her. Her eyes seek out those of Daniele (Andrea Lattanzi), a young workman whose sole reason for being there is to fix the faulty air con units in the corridor. And watching it all unfold, pure and innocent, is little Luce (Bianca Leonardi), Angelina and Magia’s seven-year-old daughter.

There’s also the ethical look cast on this death caused by excessive self-defence, which questions whether there’s any such thing as the “objective balance between action and reaction” insisted upon by the prosecutor. And lastly, there’s the cinematic gaze: that of the director, which isn’t just contemplation, but which must also help the audience get the measure of this world and focus their gaze on what’s real. Written by the director herself, Ordinary Justice’s screenplay examines the legal machinery at work in the courtroom but, above all, it concerns itself with the human mechanisms playing out in the corridor, principally divulged by the film’s female protagonists, via the natural and instinctive performance delivered by the wonderful Daphne Scocci – the great talent discovered via Claudio Giovannesi’s Fiore [+see also:
film review
trailer
Q&A: Claudio Giovannesi
film profile] – and the delicate, fragile performance offered up by Sarah Short. The lack of synthesis between these two foci is probably the greatest weakest of Ordinary Justice.

According to Chiara Bellosi, who studied alongside Leonardo Di Costanzo, the project was initially intended to be a documentary, inspired by “the films of Frederick Wiseman”, an observer par excellence of institutional bodies’ inner workings. Its metamorphosis into a fiction film – which necessarily began with the location whereby an abandoned, eighteenth century hospice in Turin was turned into the chaotic and austere Court of Milan – led to a change in direction, and this has brought much ambiguity. For an averagely educated audience watching an independently produced film like Ordinary Justice, the social issue of the rise in vigilantism, as recorded over recent years, isn’t sufficiently explored, and this weakens the strength of the stories interweaving outside of the courtroom.

The director’s ability to single out stories is impressive, but their portrayal lacks the neorealistic skill of Alice Rohrwacher (discovered and supported by the same producer, Carlo Cresto-Dina), who wrests poetry from real life, recreating it with visual force. That said, the rightful place the film has been given in an adolescent-focused section of the Berlinale suggests a vision that might stimulate reflection on the theme; a vision of great quality, not least for Maurizio Calvesi’s photography and Stefano Cravero’s editing.

The film is produced by Tempesta and Rai Cinema in co-production with Cinédokké, and has been awarded Europe’s EcoMuvi certification for sustainable film production. Distribution in Italy is in the hands of Istituto Luce Cinecittà (as of 26 March) while international sales are entrusted to Vision Distribution.

BERLINALE 2020: The fiction feature debut of documentary-maker Chiara Bellosi oscillates between the social theme of excessive self-defence and human observation of the people involved

The drama film by the first-time director, who has been on set in Turin since Monday, is being produced by tempesta and depicts a day in a civil justice case in a big Italian court

From 25-28 January, eight unreleased Italian films are being screened in the French capital, plus 12 projects will be featured at the market and four titles in Work in Progress 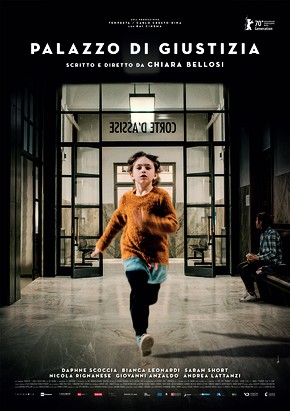 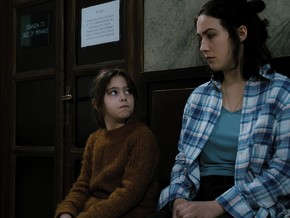 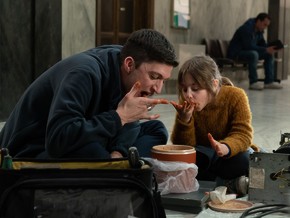 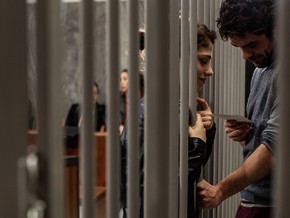