27/02/2020 - BERLINALE 2020: Sally Potter’s main competition contender is a story of a writer trapped inside his mind by illness, which thrives on Javier Bardem’s stunning performance

Javier Bardem and Elle Fanning in The Roads Not Taken

Writers all over the world – the good, the bad or the undiscovered – all have one thing in common: they spend most of their time inside their own heads, surrounded by characters who don’t exist and events that didn’t happen, but they feel real all the same. It’s ironic, then, that in Sally Potter’s new oeuvre, The Roads Not Taken [+see also:
trailer
film profile], screening in competition at the 70th Berlinale, a man specialising in the written word, Leo (Javier Bardem), is trapped in his own mind – not by choice, but by having a condition akin to dementia. His twenty-something daughter (Elle Fanning) takes care of him, escorting him to doctors’ appointments and making sure he is ok.

The film opens with a black screen and an annoying buzzing sound, which sounds familiar, but we’re not quite sure what it is. This is how Leo experiences the world now – he is not literally blind, but he can’t see what is going on right in front of his eyes, since he has sunk deep into his memories. And the outside world feels like an unwelcome and unpleasant ringing.

Two pivotal moments in his life haunt him: a tragedy that befell him and his first wife (Salma Hayek), and his encounter, years later, with a girl who reminded him of his grown-up daughter. Locked in his mind, trapped in an almost biblical purgatory, Leo is confronted with guilt, remorse and grief – emotions that he had most probably been avoiding in the life he was living before his illness took hold. His inner world feels harrowingly close and ever present, as Potter shows it in a realistic way, and uses only the colour palette and Bardem’s make-up to hint at where he currently is.

Leo’s daughter desperately tries to get through to him and keep him connected to the outside world. Her dedication is touching but is also boiled down to the rather simplistic explanation of “I do it because you are my Papa”, which makes it difficult to connect to her character. What really stands out in Potter’s new film is Bardem’s performance, as he perfectly expresses Leo’s despair, sadness and acute absence. His journey – or, rather, his inability to move forward – chimes with one of Potter’s favourite themes: transition. Unlike in Still Alice, in which Julianne Moore’s character was succumbing to Alzheimer’s, here the story focuses on imagining what it might be like to have brain damage and be completely unaware of the outside world.

This interesting artistic choice is also a risky one because it’s difficult to understand Leo and empathise deeply with him. As a result, the audience may be more likely to understand the perspective of the doctors, who don’t really see Leo as a “real person” any more and talk to the family instead of trying to communicate with their patient. Watching The Roads Not Taken is a bit of a frustrating experience, which is very apt – this is how having a brain-damaged relative must be. The realm of the mind is a mysterious one, and Potter’s movie brings us only one small step closer to comprehending it.

The Roads Not Taken is a UK-US co-production written by Sally Potter and produced by Christopher Sheppard, through Adventure Pictures. HanWay Films represents the picture internationally.

more about: The Roads Not Taken

BERLINALE 2020: Sally Potter’s main competition contender is a story of a writer trapped inside his mind by illness, which thrives on Javier Bardem’s stunning performance

Sally Potter commences shooting of her new film in Spain 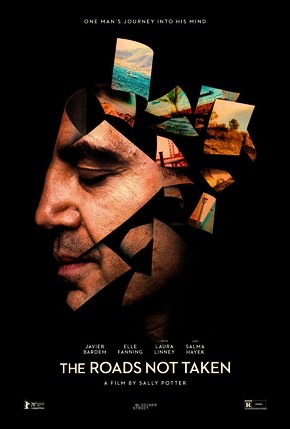 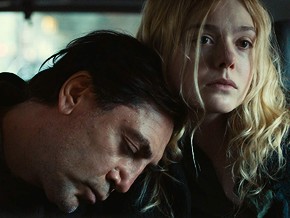 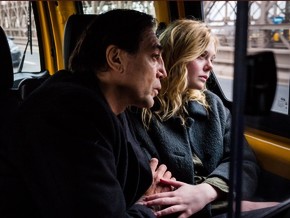