28/02/2020 - BERLINALE 2020: Rithy Panh presents a merciless perspective on humans, evil and destruction in the 20th century, in his sophisticated documentary, an astonishing metaphysical poem on the atomic age

"Look again, look one hundred times", "We have to keep on repeating the process because evil is running deeper and deeper". Well known for his cathartic multidimensional documentaries exploring the genocide perpetrated in Cambodia by the Khmer Rouge, Rithy Panh is a survivor whose entire back catalogue of work is characterised by an imperious need to look horror straight in the eye, "to look for the causes, to create imperfect images so as to change the world".

In Irradiated [+see also:
trailer
interview: Rithy Panh
film profile], his highly impressive new opus unveiled in competition at the 70th Berlinale, it’s "the revelation of a time called destruction, a door which no-one can close" that he faces up to, leafing through the many pages of 20th century World History in a relentless succession of archive images disclosing dreadful sights, entangled suffering, piled-up corpses, severed heads, towns in flames, devastated lands. Coventry, Dresden, Le Havre, Verdun, Rwanda, Birkenau… There is no escape from this gushing whirlpool of images which seem to confirm the hold darkness has over the human soul, the apex of which, according to the filmmaker, was reached on 6 August 1945 in the form of the atomic bomb which pulverised Hiroshima ("to the uppermost reaches of the heavens", "the thunderclap that almost caused the Earth to capsize", "death is invisible from the sky, death is efficient”, "we’ve learned to control the energy of the universe").

Accompanied by a highly literary text of superb quality, both poetic and metaphysical, not to mention two voices - one feminine (that of Rebecca Marder), the other masculine (André Wilms) - who dialogue with one another, Irradiated exposes the modern-day power of darkness and oblivion without any concessions. Because, if "all forces must exert themselves" and if "the emperor throws his torch at his own town”, then "modern-day wisdom: kill from a distance", "secret scientific experiments", "abstraction" and "a wonderful idea drawn out on one page, in a laboratory" have all provided death and evil with some enormous opportunities, and "money and precious stones" are the key drivers of this.

Mushroom clouds, mass graves, pyramids of bones, hangings, desecrated childhoods… From Hitler to Mao, from the jungle to the towns, Rithy Panh tirelessly toils to drive the point home, playing with the possibilities offered by the film’s favoured stylistic form, the triptych (which obviously also comes to symbolise the many spiritual trinities we’re aware of): three distinct images, or two external panels appearing to frame a different central section, or a sole image unifying the three parts of the screen. This method, occasionally accompanied by superimposed images, allows the director to intensify or mitigate the incredible violence that can, at times, characterise the archive material screened (films or photos). It’s a wonderful arrangement, which also makes the film’s overall brutality visually bearable.

Astonishing and edifying to say the least, this accumulation of atrocities does, however, tiptoe close to saturation and, paradoxically, almost has the effect of normalising evil and desensitising the image-bombarded viewer. Happily, an especially moving ending reinjects a dose of humanity into the otherwise overwhelming darkness and deep pessimism of the film, in the form of an extract from Chronical of a Summer by Jean Rouch and Edgar Morin (1961) where the late Marceline Loridan-Ivens walks through Paris calling up her memories of deportation.

Hard-hitting to say the least, the film (written by the filmmaker alongside Agnès Sénémaud and Christophe Bataille) harbours a tremendous ambition: "to say that I’ve survived is an impossible thing, but we have to live and move closer to this irradiation". As radical and personal as it may be ("the wound is so raw, it has taken over everything. We shouldn’t film in peace"), Irradiated will remain a major work, without a doubt.

“The truth has died because everything is going so fast; all that remains is lies”

BERLINALE 2020: Cambodia’s Rithy Panh chatted with us to break down his Berlin competition film Irradiated

BERLINALE 2020: Rithy Panh presents a merciless perspective on humans, evil and destruction in the 20th century, in his sophisticated documentary, an astonishing metaphysical poem on the atomic age

Playtime’s Irradiated in the running for the Golden Bear

The French firm is selling Rithy Panh’s new film, a documentary produced by Catherine Dussart, which will enjoy its world premiere in competition in Berlin 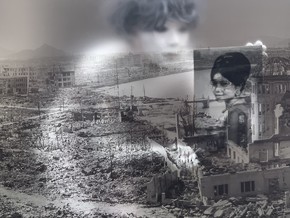 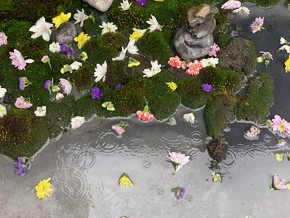 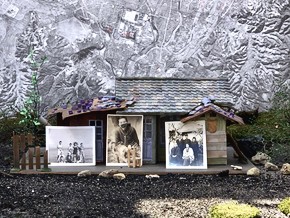 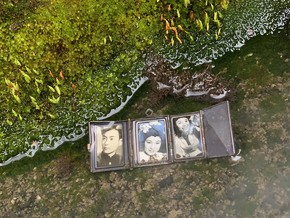 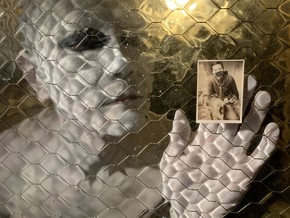 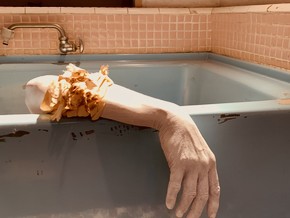