“Even those previously aware of the facts cannot be anything but dumbstruck as the surreal sequence of events unfolds that was to lead to the 2003 invasion of Iraq,” reads a key paragraph in the catalogue description of Curveball [+see also:
trailer
interview: Johannes Naber
film profile], a Coenesque German retelling of a story seemingly too good to be true, but which basically was – and wasn’t. Premiering in the Berlinale Special section of the 70th Berlinale, director Johannes Naber’s often outrageous delivery occasionally relies on artistic licence, while some of the most surreal sequences are very much based on real fake news.

It all starts peacefully enough in 1997, as a group of UN-supervised top experts get ready to leave Iraq after a thorough but uneventful search for mass-destructive weaponry. Only Dr Arndt “Desert Fox” Wolf, a biological warfare specialist at the German Federal Intelligence Service BND, still senses foul play in the air. Reluctantly, he returns to HQ in Pullach, south of Munich, where a little later, an asylum-seeking Iraqi checks in, implying he has inside connections with Saddam’s bio-weapons programme but unwilling to elaborate out of fear of reprisals. Wolf is put in charge of the investigation, which first goes nowhere, but then starts to point in a radical direction – namely, one hinting at anthrax spores of very deadly potency.

Significantly less distressed than delighted, the BND blows its own trumpet about its findings. The informant, one Rafid Alwan, is given a state salary and a cocky codename – “Curveball”. The Sekt corks fly and congratulatory greetings flood in from both Chancellor Schröder and even the CIA. Then, amidst all the golden bubbles, the truth rears its head, ugly and not actually true at all. But the truth, if we weren’t aware, matters less than justice. Besides, Chancellor Schröder has made it very clear that he is opposed to the war, hasn’t he? For there is a war on now, with savage conflicts ongoing to this day – all built on highly discreditable but never discredited sources.

From the fanciful pens of scriptwriters Naber and Oliver Keidel comes a pitch-black spy comedy, complete with slapstick 007 chases and a lavish dash of twisted Le Carré-like characters, rarely (if ever) with any redeeming qualities. The standouts in the colourful cast are Sebastian Blomberg as the world-weary Wolf, forever joined in unholy matrimony with his work, and Dar Salim as “Curveball” Alwan, a small-time con artist offering “game-changing” evidence in return for a German green card. Virginia Kull has fun as Wolf’s amorous CIA liaison/adversary, and Michael Wittenborn and Thorsten Merten are the Riesling-dry BND chiefs. Priceless but ultimately less amusing appearances by George W Bush and Colin Powell are taken from actual archive footage. As curveballs go, this one’s exceptionally bent.

“We took the truth over the top and made it surreal; with the facts at hand, it wasn’t hard at all”

BERLINALE 2020: We chatted to Johannes Naber to get the low-down on Curveball, his adaptation of a true and twisted story that triggered the 2003 Iraq War 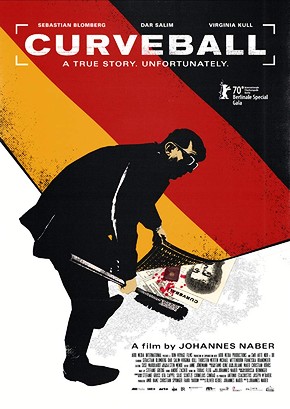 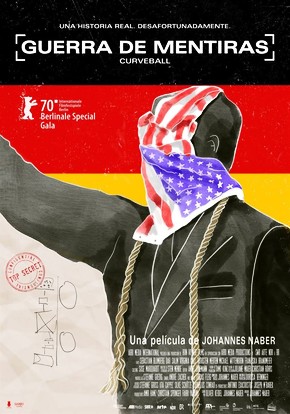 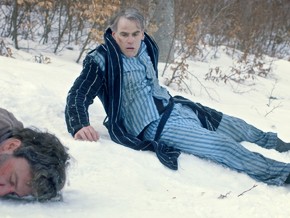 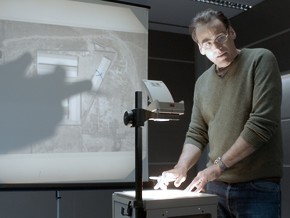 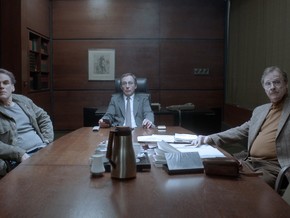 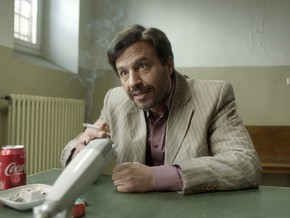