Review: The Trouble With Being Born

02/03/2020 - BERLINALE 2020: The second feature-length film by Austria's Sandra Wollner is a science fiction drama starring an android girl who discovers the banality of her existence

Lena Watson in The Trouble With Being Born

The jury in the Encounters competition of the 70th edition of the Berlin International Film Festival decided to hand out its Special Prize the second feature film by Austrian filmmaker Sandra Wollner. After making her debut in 2016 with documentary The Impossible Picture [+see also:
trailer
film profile], the director, born in Leoben, once again explores the dark realm of memory and desire in her controversial nihilistic science fiction story The Trouble With Being Born [+see also:
trailer
interview: Sandra Wollner
film profile].

The film titled in tribute to the book of the same name written by philosopher Emil Cioran takes place in a not so distant future; specifically, in a dystopian Viena where androids live with human beings to serve them. The main character of this story, similar to certain episodes of the television series Black Mirror, is a robot that looks like a ten year old girl. Elli (Lena Watson) is unaware of the reason for her existence. The robot does not know that she was programmed to satisfy the desires of a paedophile. The only certainty she possesses is that her mission is to spend the summer with Georg (Dominik Warta), or the man she calls ‘Daddy’.

During the first half of the film, Elli’s character is depicted as an obedient creature and, in turn, happy to obey. The android loves spending every morning in the swimming pool with Georg, and not having to go to bed early like the rest of the children in the world. Elli’s voice-over repeats over and over again how pleased she is to be able to spend the summer with her ‘Daddy’ since, unlike her mother, her father lets her stay up late. The robot is unaware of the perverse content of her words. She has been programmed to say them, and she will continue to do so until someone decides to put an end to her existence.

The human beings who turn to artificial inteligence in the film are traumatised people who live trapped in their memory, reliving the past or dreaming about fulfilling their unattainable fantasies. And, in that way, the second owner of the robot protagonist of The Trouble With Being Born uses the automaton to resurrect a loved one who she lost years ago. The elderly woman Ms. Schikowa (Ingrid Burkhard) changes the gender of the android, cutting its hair and dressing it like a boy who she calls Emil. However, the creature has not been reprogrammed to forget Elli’s character and perform a new role.

Sandra Wollner illustrates the existential crisis of an android that discovers it will never be able to choose its own identity; its function in the world will always be determined by the desire of others. Never its own. Defined by the director as an ‘antithesis to Pinocchio’, Trouble With Being Born is a remarkable futuristic update to the myth of Frankenstein, taking place in a hypertechnological world, where programming crosses the line between life and death.

The film was produced by Austrian Panama Film and co-produced by German companies The Barricades, ZDF and Filmakademie Baden-Wurttemberg, with international sales taken care of by Cercamon, based in Dubai.

(Translated from Spanish by Laura Villada)

more about: The Trouble with Being Born

Interview: Sandra Wollner • Director of The Trouble with Being Born

Review: The Trouble With Being Born 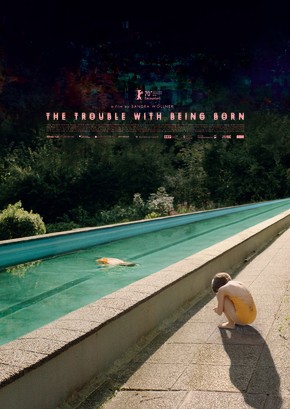 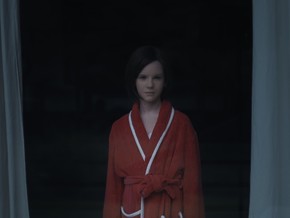 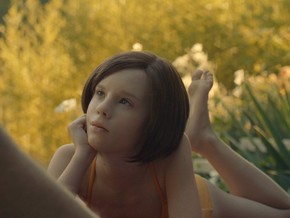 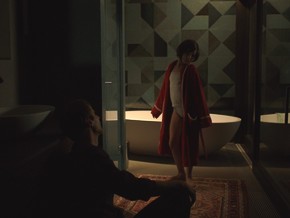