02/03/2020 - BERLINALE 2020: The first feature by Greek director Georgis Grigorakis is the story of a troubled father-son relationship set against a topical environmental backdrop

The first feature by Greek writer-director Georgis Grigorakis, Digger [+see also:
trailer
interview: Georgis Grigorakis
film profile], has world-premiered in the 70th Berlinale's Panorama section, and won the CICAE Award to boot. With a father-son relationship at its heart, it is a handsomely made picture with a story set against a topical environmental and social backdrop, which falls somewhat short in terms of character development.

Nikitas (Vangelis Mourikis, convincingly gruff) is a loner living in a wooden house in a forest on a hill in Northern Greece. He is grappling with a mining company that has taken over the region and is destroying everything in its path, including the trees around Nikitas' land, where he grows walnuts, chestnuts and apples, and rears chickens that he sells at the market in the nearby village.

One day, his twenty-something son Johnny (Argyris Pandazaras, fresh-faced and strong) arrives on a motocross bike to tell his father that Mum, his ex-wife Eleni, has died and left her half of the land to the boy. The bank has taken their house away, and Johnny wants his part of Nikitas’ land so that he can buy it back. But Nikitas won't move away from his precious property for his son any more willingly than he would for the mining company. So Johnny stays, and an uneasy, conflicted relationship begins between two men who have not seen each other for 20 years.

Meanwhile, the village is divided between those who welcomed the arrival of the mining company and the well-paid jobs it has created (mostly the younger population), and those who are trying to protect what remains of the environment (the older inhabitants who really just want to be left in peace). Here, Johnny finds a romantic interest in local bartender Mary (Sofia Kokkali), from whom he will learn some dark secrets about his father's past, and a dirt track right next to the drilling and digging of the huge excavators, where he can ride his bike competitively.

Billed as a "contemporary western", Digger does have elements that qualify it for this moniker, with its David-against-Goliath theme, but more importantly, the fact that the main characters are stubborn, self-centred, macho men whose ego and all they consider essential to it, such as property, are so dramatically inflated that they threaten to destroy not only themselves, but also their loved ones. And in this set-up, while the character of Nikitas is quite clearly sketched out and detailed, Johnny remains something of a draft. What drives him, except the terrible feeling of being abandoned as a child by his father? We learn very little about his inner world, but perhaps this is a quality that can be ascribed to the western aspect of the film?

Technically, Digger is one of the more accomplished films in recent Greek cinema. The autumnal forest is a highly cinematic setting with the intense-colour and high-contrast, widescreen cinematography by Giorgos Karvelas. Many nocturnal scenes in Nikitas' home, basic in furnishing but cluttered with useless old objects and mementos of repressed memories, are lit only by the reddish glow of the fireplace.

The excavation operations provide a sonic background of distant explosions and, visually, a dirty, dry contrast to the wetness of the lush forest. Although the deforestation is undoubtedly a bad thing, there is a certain poetry in trees falling down, followed by a slow rain of colourful leaves. And while we're on the subject of poetry, Michalis Moschoutis' soundtrack is similarly rich, ranging from dramatic, deep strings to a heavily distorted electric guitar, reminiscent of Neil Young's score for Jim Jarmusch's Dead Man.

“Like the protagonists, we embarked upon an external as well as an inner journey”

BERLINALE 2020: We talked to Georgis Grigorakis, the director of Digger, which premiered in the Panorama section

Samir Guesmi’s movie walks away with the French festival’s Grand Prize, while other prize winners include Paloma Sermon-Daï’s Petit samedi and Iryna Tsilyk’s The Earth is Blue as an Orange

Christos Passalis wraps shooting on The Dragon Has Come 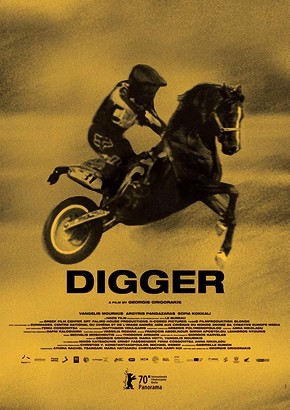 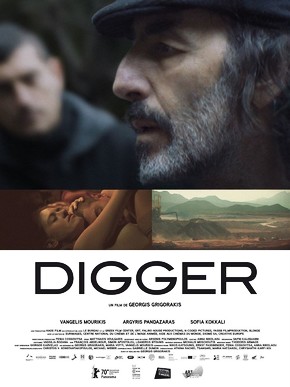 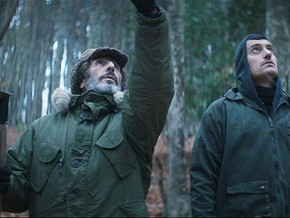 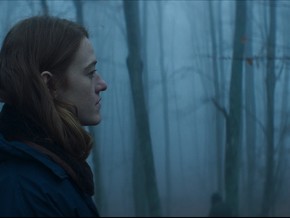 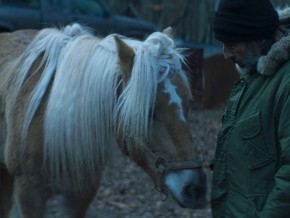