Review: The House of Love

03/03/2020 - BERLINALE 2020: Italian director Luca Ferri’s new film about a transsexual sex worker is an ode to love as the only antidote to combat loneliness

Bianca Dolce Miele in The House of Love

Italian filmmaker Luca Ferri is closing his Trilogy of the Apartment with his latest work The House of Love [+see also:
trailer
film profile], presented in the Forum section of the 70th Berlin International Film Festival. Sitting half-way between the documentary and fantasy film genres, the trilogy revolves around eccentric characters who shut themselves into their homes voluntarily so as to talk about their passions or live out their fetish fantasies. Following on from Pierino [+see also:
film review
trailer
film profile] and Dulcinea [+see also:
trailer
film profile], Ferri’s most recent work follows a 39-year-old transsexual sex worker as she gets about her daily life inside the house where she lives and receives her clients.

Located in the working class district of Quarto Oggiaro in Milan, close by to the motorway, the home inhabited by Bianca (Bianca Dolce Miele) is some sort of magical portal; a place so packed full of energy, it allows its guests – clients, friends or Bianca’s partner Natasha (Natasha De Castro) – to reveal themselves to the world as they really are, putting their masks to one side along with social dictates. Much like the film Casa Roshell by Chilean director Camila José Donoso, which, some years ago, was also presented in the Berlinale’s Forum line-up, The House of Love portrays a underground refuge where marginalised members of society go to love and be loved. In both films, the camera never leaves the house, beautifying the place, the visitors and their practices.

Ferri’s directors of photography in this instance, Pietro de Tilla and Andrea Zanoli, transform an apartment on the city outskirts into a place of pure fantasy. The exquisite images of this work, filmed in 4:3, reveal a house permanently enshrouded in twilight, whose darkness is only pierced by natural candlelight. This visual illusion and the lack of any recent technology in the house bring time to a standstill within these four walls, and the timeless aspect of the film – which the director had already experimented with in his previous film Dulcinea – only intensifies the magical dimension of the flat.

Day after day, Bianca and her black cat wait impatiently for a visit or a phone call which might replace their loneliness with a new form of love. The House of Love defines love – whether physical or spiritual – as the sole antidote for overcoming inner demons. Opening with a quote from the Italian poet and writer Sandro Penna (“Tenderness always tells of new things"), followed by the narration of two passages from the Old Testament which speak of Jesus’s compassion towards prostitutes, the film invites us to fall in love with the affection felt by this woman who was born to love and be desired.

more about: The House of Love

Review: The House of Love

BERLINALE 2020: Italian director Luca Ferri’s new film about a transsexual sex worker is an ode to love as the only antidote to combat loneliness

The London-based sales agent has also picked up the Forum films The Exit of the Trains, The House of Love and Strike or Die, plus the Panorama Dokumente title The Foundation Pit

This film about a trans woman called Bianca, selected in the Forum section of the Berlinale, concludes the documentary filmmaker’s “Trilogy of the Apartment” 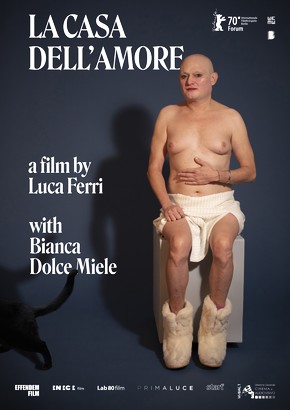 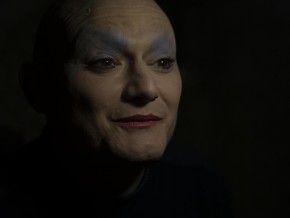 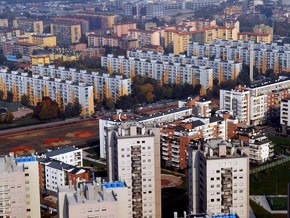