03/03/2020 - BERLINALE 2020: German artist Ulrike Ottinger takes us back to the Paris of the 1960s in this wonderful reminiscence of her formative years as an artist

Paris Calligrammes [+see also:
trailer
interview: Ulrike Ottinger
film profile] is a documentary memoir by German painter, author and director Ulrike Ottinger, who was awarded the Berlinale Camera at the 70th Berlin International Film Festival. Since 1968, the Berlinale Camera has been presented to honour personalities and institutions that have made a special contribution to filmmaking. While Paris Calligrammes may be Ottinger’s latest film, it’s also a great introduction to her work, similar to the way that Marion Hänsel’s There Was a Little Ship [+see also:
film review
trailer
interview: Marion Hänsel
film profile] was a superb introduction to her films during the recent retrospective of the Belgian director’s work at IFFR. Paris Calligrammes was screened in Berlinale Special, with the Berlin-based director present to pick up the overdue honour at the movie’s world premiere.

What’s most noticeable initially about Paris Calligrammes is how amenable it is. The documentary takes its lead from an exhibition that Ottinger put on at the end of last summer in the Berlinale venue Haus der Kulturen der Welt (HKW). The show, also titled Paris Calligrammes, linked historical archive material with her own art and film works to create a sociogram of her time as a visual artist in Paris in the 1960s. She arrived in the French capital as a 20-year-old wanting to be an artist, and over the following decade, she hobnobbed with the great and the good: French New Wave directors, poets and intellectuals would all chat to her in Les Deux Magots. The accompanying documentary is a mixture of archive footage, personal archive and contemporary shots tied together with Ottinger’s narration.

The audiovisual memoir is a far cry from the abrasive works that have made Ottinger so worthy of the Berlinale honour. Her first feature, Madame X: An Absolute Ruler, premiered in 1977, shocking audiences with its depiction of lesbian eroticism and strong, self-destructive women. Her 2016 documentary Chamisso’s Shadow [+see also:
trailer
film profile], concentrating on 18th-century German poet and botanist Adelbert von Chamisso and 17th-century British explorer James Cook, is 12 hours long. She’s known for long takes in her documentaries, forcing the viewer to study the image, but none of that is present in Paris Calligrammes, for as she states early on in the voiceover, she wants to make a film that captures the spirit of her youth – and that she does. The cuts are full of the energy and enthusiasm of that time.

The documentary is divided into accessible chapters with informative and fun headings, beginning with “Fritz Picard and the Librairie Calligrammes”, in honour of the Saint-Germain bookshop she used to hang out in, listening to talks on German literature. Picard and his highbrow customers were her route into the Paris art scene. There are also sections on colonialism, the teachings of Friedlaender and “Dada and Surrealism”.

The film is a blend of the personal and the political. It’s a picture about her love of art, being introduced to artistry, and slowly getting the requisite experience to try to act on her desire to be an artist. It’s also a window into Paris at the time, albeit occasionally narrated with the rose-tinted glasses of nostalgia. There is never a dull moment as she gives a feeling of the politics of the time, and also of her personal journey, with the archive clips crisscrossed with present-day images. It is the work of a consummate artist who understands the importance of the form matching the story.

Paris Calligrammes is a Zero One Film (Germany) production, in co-production with Idéale Audience and INA (both France).

“Sometimes, even the most beautiful pieces didn't fit in the whole mosaic”

The 24th edition of the Diagonale kicks off

BERLINALE 2020: German artist Ulrike Ottinger takes us back to the Paris of the 1960s in this wonderful reminiscence of her formative years as an artist 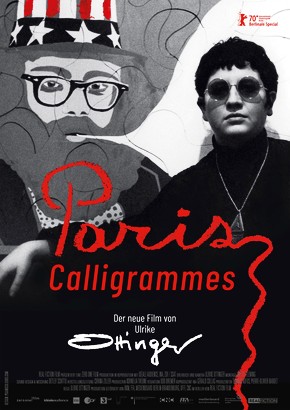 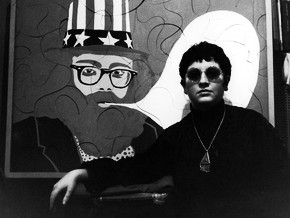 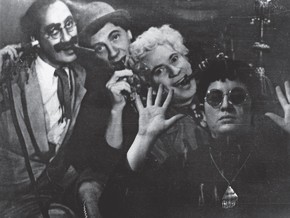 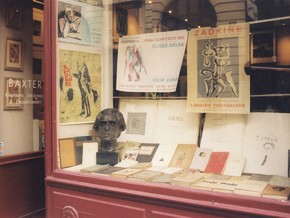